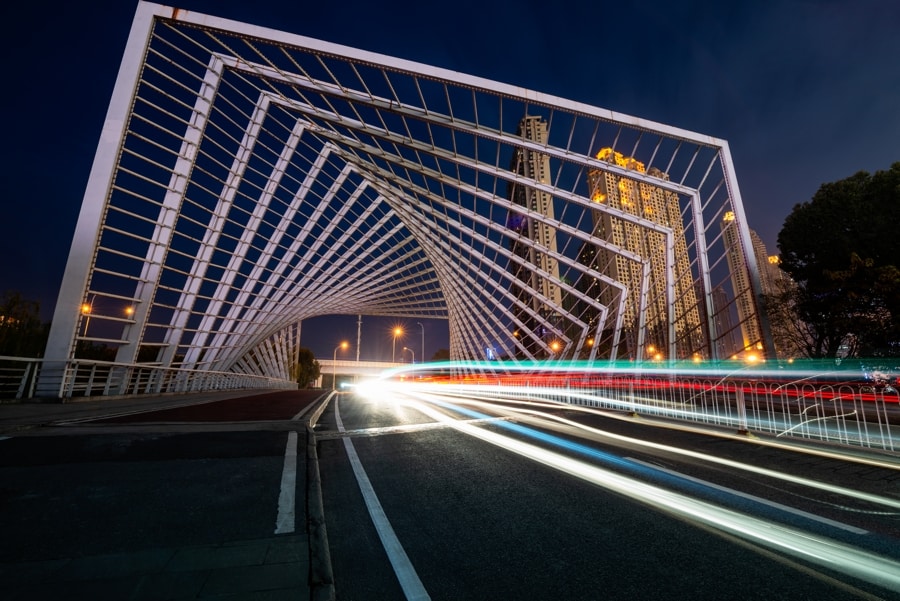 Across the developing world, there reside children and young adults with the potential and ambition to become doctors, programmers, community organizers––participants in and contributors to a more robust global economy.

The problem, however, is those people who possess that potential––and which, combined, account for billions if not trillions of dollars in potential economic value––are being suppressed by a lack of socioeconomic mobility.

For most of the last century, only a tiny percentage of people in places like Egypt, Nigeria, or Indonesia have had even the slim chance of reaching what we think of in America as “success.” They lack the resources. And those who do have the right access often end up leaving their home countries to work for global companies located in places where there is a more economic opportunity.

As a result, they take their economic value with them and in the process further contribute to their country’s—and the collective world’s—brain drain, which itself sustains our current planetary status quo.

The question we must address, then, is how do those of us in places like America or England dismantle that status quo, stop the brain drain, and unlock this economic potential?

Before the Internet––and more specifically, before the advent of smartphones––this felt like an impossible task. But thanks to the increased connectivity we enjoy today, we have an answer.

See, the primary barrier precluding those in the developing world from contributing to the modern, global economy for the last half-century has been a lack of relevant skills. This is primarily due to a lack of access to educational systems designed to equip them with those relevant skills. That’s why so many students have for so long been leaving their home countries in favor of places like the United States, where quality and an accessible educational and economic opportunity exists in greater abundance.

Today, however, everyone can access high-quality educational resources and experiences without bankrupting themselves by way of the internet. Increased connectivity has rendered physical location almost entirely irrelevant when it comes to access to information.

The real problems now––the real remaining barriers, as it were, to global social mobility––are the price tags of education and certain stubborn preconceptions about what it means to qualify for jobs in the global marketplace.

These problems can be addressed; however, if those of us who provide educational opportunities work together. Here’s what we need to do.

To unlock the world’s true human economic potential, we have to give those in developing countries a fighting chance to obtain a quality education.

What that will require, though, are universities, NGOs, and private corporations who are willing to prioritize efficiency over bureaucracy.

That’s what my team and I are focusing on at Nexford University. We’ve sought over the last year to identify how much, exactly, an ultra-efficient, virtual-based college education––stripped of brick buildings and tenured professors––should cost.

Our MBA programs serve as an example of our findings. Designed to be effective and affordable, students can earn a world-class MBA for $3,840 regardless of their location.

Furthermore, we’ve thought carefully about what kind of curriculum would most effectively serve folks in developing countries. We analyzed over 30 million jobs around the world, interviewed employers, and designed a curriculum using a competency-based learning model which focuses on relevant, in-demand job skills––as opposed to, say, a curriculum which peddles abstract theory.

It’s important to note that I’m not saying all providers of online education should replicate our model. But if more of us took similar steps to prioritize efficiency, we’d in effect be taking a major step toward enabling economic mobility on a macro scale. People across the developing world would have a real shot at equipping themselves with the kind of modern skills needed to succeed in the global economy.

As I mentioned above, it remains that certain segments of our society hold misconceptions about online education. Namely, they see it as being lower quality than traditional education.

Yet this simply isn’t true, as a study out of MIT has proven. In order to eradicate this misconception and to, in the process, set online students up for success in the job market, employers need to accept and endorse legitimate online universities as being equally credible as traditional ones.

To an extent, that will simply take time; people are inherently resistant to change. But it’s also incumbent upon education providers to ensure our product is effective. Our graduates must be able to produce and add value in the job market at the highest levels.

So long as that’s the case, though, I believe we’ll be seeing employers open their doors more and more to graduates of online universities. What employers want, after all, are candidates who possess the skills relevant to the work they’ll be doing at their company. And it’s for this reason that employers may soon come to prefer students who’ve been trained under a curriculum designed specifically to that end.

Education providers and employers, then, should start working together more purposefully to ensure such upward mobility from education to eventual employment is possible and encouraged.

Step 3: By utilizing virtual workforces, employers can hire talent from all around the world.

The last thing we’d need to affirm is that when employers begin accepting students with virtual degrees, they also allow those new hires to work from wherever they already live in the world.

This is an important step as it will enable those former students to begin investing in and building up their own communities and local economies. But it’s also something which companies are already allowing. According to UpWork’s Future Work Report, nearly two-thirds of employers today employ remote workers.

It’s a matter, ultimately, of prioritizing skills over the location.

The opportunity that mindset shift would unlock for employees in developing markets is immense. No longer would people with talent and ambition––equipped with the right education––be limited to the economic realities of their home country.

No longer would they be forced to leave their home countries and deprive them of their human capital. Instead, a high school student from Indonesia who trains on a laptop to become a software engineer could work for Google––a company technically located in California—right from his or her own home.

When that story becomes replicable at scale across the world, the impact on social and economic mobility will be massive.

Indeed, it might finally unlock a trillion dollars in global economic value which is currently suppressed.

Consider the impact in the United States alone. According to the Bureau of Labor Statistics, there are 7.3 million job openings here currently. The average annual U.S. income, meanwhile, is roughly $56,000. If even a quarter of those job openings were filled by a remote hire earning just that average salary, that would create more than $100 billion in economic growth without taking away job opportunity for workers in the U.S.

And that’s just one country. In the U.K, there are nearly another one million openings. If similar phenomena happened there and in countries all over the world where remote workers took even a fraction of those jobs, the impact would be massive.

It’s perhaps more important, however, to factor in the additional economic value that would be created by the freshly-empowered entrepreneurs who, as opposed to joining international firms, would found startups of their own––startups which with a multiplier effect would employ more people, raise wages, provide more goods and services, and create competitors of their own.

Startups have been a driving factor in the U.S. economy’s resurgence over the last decade, with up to 50% of new jobs created by startups. In fact, the Bay Area alone produces a yearly economic output of $748 billion. Imagine if we could create similar Silicon Valleys in Indonesia, Mexico, or Nigeria?

By simply enabling more of the world’s population to create their own versions of America’s entrepreneurial success, it would easily allow us to surpass that $1 trillion amount globally.

For example, say a group of software developers located on a remote island in Indonesia do work for a Salesforce partner in California; through that work, they would accumulate knowledge which would’ve taken years to otherwise reach them on their island. With that knowledge, they could start their own company in Indonesia working with, say, local hotels, and that company would, in turn, employ more people and spread more knowledge capital.

Finally, let us consider the economic value of opportunities made available to freelancers by way of an invigorated gig economy.

Now, I don’t mean to oversimplify things; the task of enabling greater social mobility and economic opportunity for all is complex and challenging.

But for the first time in history, we have the infrastructure to do it. We know how to create and unleash economic value. We know where progress begins. We know where we need to start.

Let’s get to work. 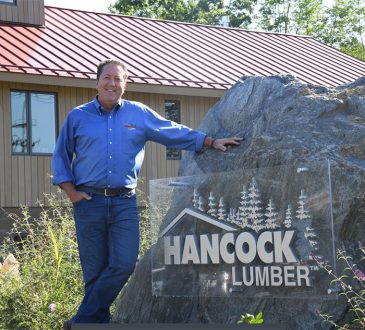 Putting Work Back In It’s Place

Kevin HancockCEO Insider
In the fall of 2017 I traveled to Kiev to meet and interview two of the last remaining survivors of... 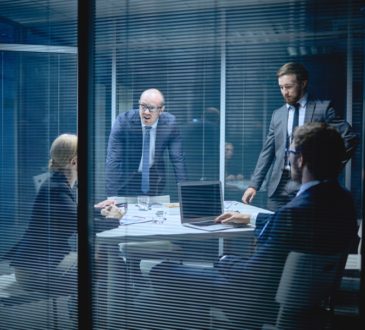 To Overcome Bottlenecks, Consider Why You Want to Grow

Ali Hasan RazaCEO Insider
Most executives think of bottlenecks as obstacles. But I think of them as inflection points. Throughout my career, I’ve encountered... 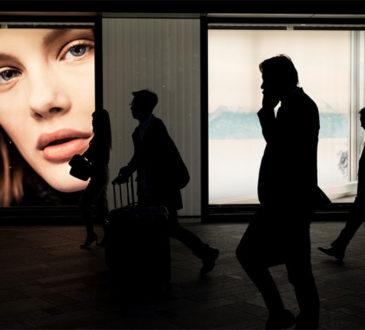 The Future is Now: Ready or not, the robots are coming to a retail space near you.

Brett BeveridgeCEO Insider
For decades, we’ve been bombarded with futuristic television shows like “The Jetsons” and sci-fi movies like “The Terminator” or “I,... 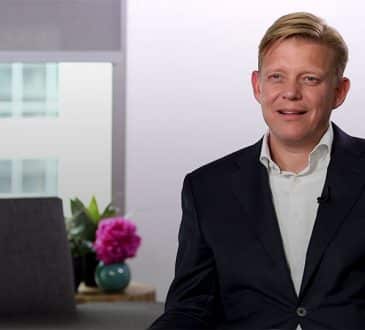 CEOs Priorities For The 2020

Lars FæsteCEO Insider
The business leaders we speak and work with every day have a sense of the opportunity ahead. And they also... 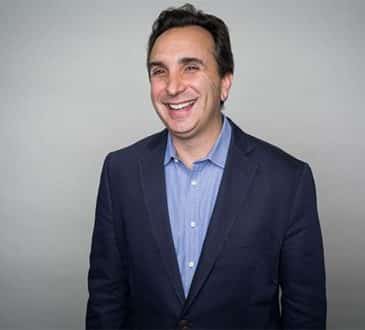 CEO Spotlight: Joel Rose, CEO of Teach to One

Anna PapadopoulosCEO Insider
Joel Rose is the co-founder and CEO of New Classrooms, a non-profit venture that helps schools redesign classrooms and curricula... 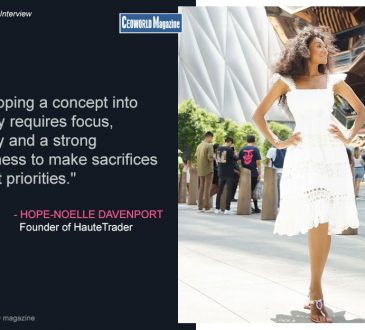 Alexandra DimitropoulouCEO Insider
This month is Black History Month, a time when the nation recalls the victories, inventions, and strides of African Americans...

6 ways to conquer the networking nightmare

Alan ManlyCEO Insider
Not everyone in business are natural show ponies. Some are inherently shy, and while you don’t need to be the...