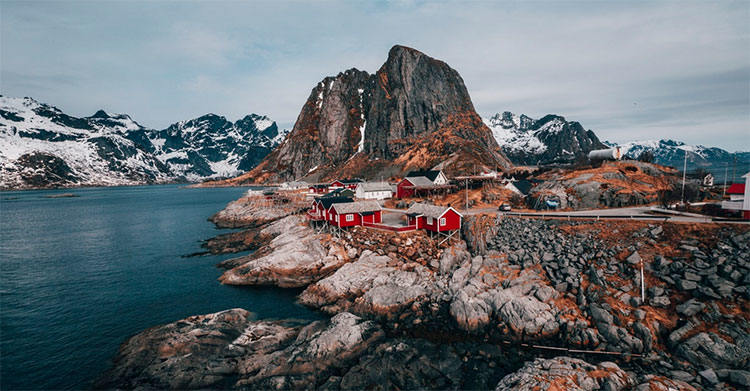 Surprisingly, the United States is no longer a “full democracy,” according to the 2018 edition of The EIU’s Democracy Index, which provides a snapshot of the state of democracy in 165 independent states 2 two territories.

Norway tops the list as the best functioning democracy in the world for 2018, followed by Iceland, Sweden, New Zealand, Denmark, Canada, Ireland, Finland, Australia, and Switzerland, while DR Congo, Syria, and North Korea brought up the rear.

Only 20 of the 165 countries ranked – neighboring Canada being one of them – were considered full democracies in 2018.

Most in the top 20 best functioning democracies are tiny and homogeneous states where building political consensus comes easier than elsewhere. Australia and New Zealand are the only “full democracies” in the entire Indo-Pacific region.

The index is based on five categories: electoral process and pluralism; functioning of government; political participation; political culture; and civil liberties.

Best Functioning Democracies In The World, 2018:

These Are The Top 20 Most democratic countries in the world, 2018 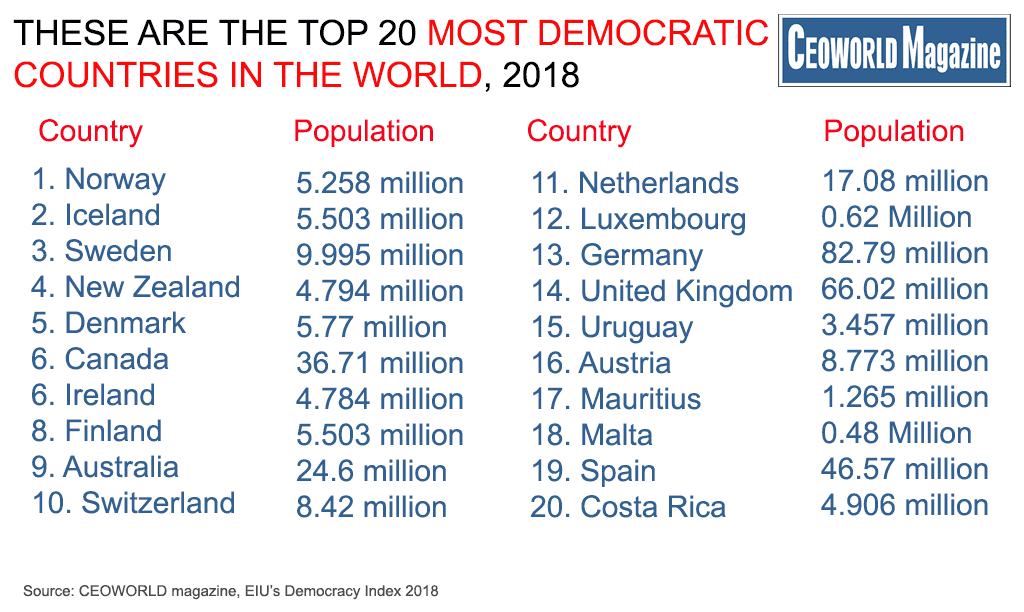