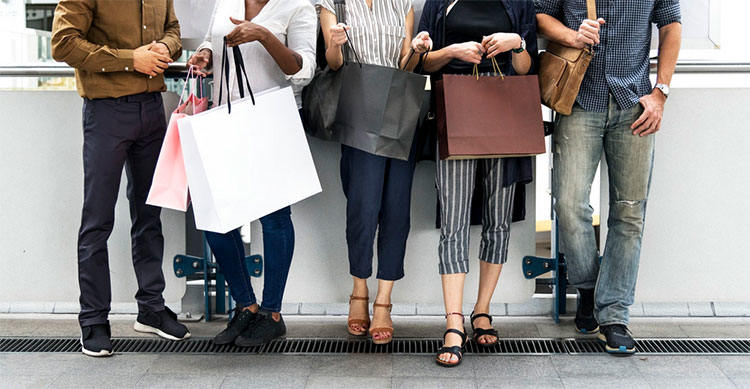 As we approach the 2018 holiday season what are the trends that retailers should be watching closely? Where is spend expected to go to? How are consumers shopping differently? Which mistakes from last year should be avoided?

Recently, eMarketer tackled these questions in an in-depth 2018 holiday retail preview as well as in a shorter piece focused on emerging behaviors. The analysts conducted surveys, developed forecasts, and also looked at research from a host of third-party sources to determine the major takeaways from the 2017 season and to predict what this season may bring.

So, what did they find? Here are five key holiday shopping trends that every retailer should be aware of:

Ecommerce has been the big retail story leading up to this season, and deservedly so. According to eMarketer’s forecast, online holiday spend is expected to increase by 16.2% in 2018, compared with a 2.6% increase for brick-and-mortar spend.

Given that impressive growth, it’s clear that digital is transforming retail. However, what’s sometimes lost in all the buzz about eCommerce is that the bulk of holiday purchases still occurs in physical locations. eMarketer forecasts that 87.5% of total holiday spend will go to in-store retail in 2018, compared with 12.5% to online retail.

This doesn’t mean that the rise of eCommerce should be ignored. Rather, it’s simply a reminder that brick-and-mortar stores account for most holiday sales — for now — and remain essential to consumers. 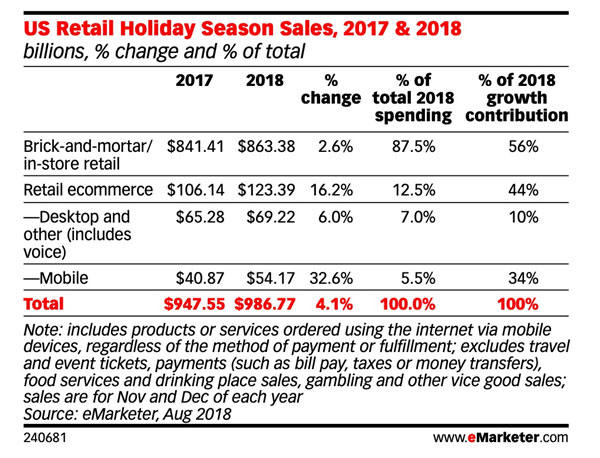 Retail purchases made on mobile devices rose by 36.3% last season and are expected to grow by another 32.6% this season, according to eMarketer.

A key thing to note here is that these data points only cover purchases. If you take into account browsing behavior, mobile’s influence is even greater.

For businesses this is a clear reminder that every element of a digital holiday strategy — from marketing messaging to checkout —  must now be mobile optimized in order to succeed. 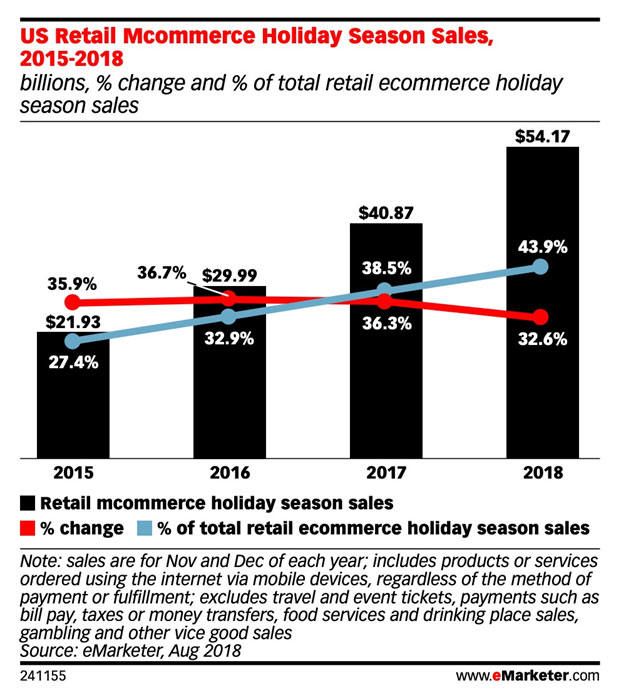 One of the biggest challenges facing retailers each holiday season is that behavior is not static: every year consumers find new ways to research and purchase gifts.

According to PwC research cited by eMarketer, there should be a number of these emerging trends in 2018. Some of the key ones identified by the analysts include: 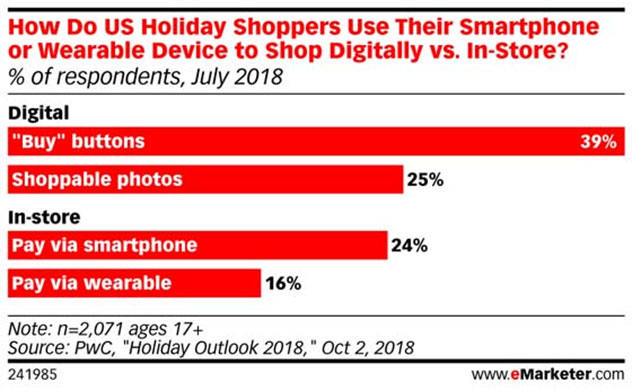 The fact that Amazon is popular with holiday shoppers is no surprise to both online and offline retailers. Still, it’s worth highlighting the staggering scale of this popularity.

Given that Amazon now has 97 million Prime members, up from 90 million last year, it’s likely that the platform will garner even more attention from consumers this season. For retailers, this means that every holiday strategy must take the eCommerce behemoth into account. 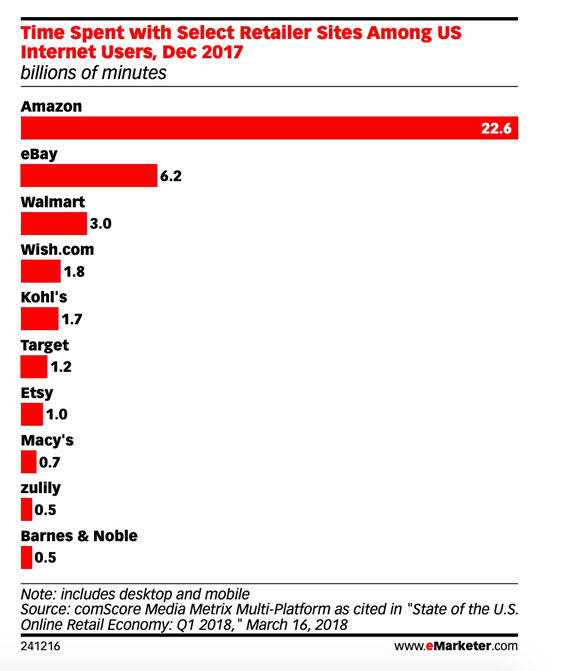 Finally, the research highlights a key mistake that retailers should avoid this season: don’t end holiday campaigns too early. 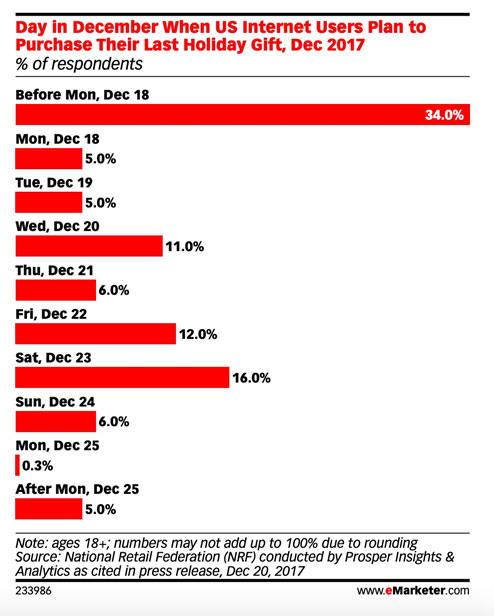 By extending campaigns through the end of December, it’s possible to capture revenue from these late shoppers and make your holiday efforts even more effective. Similarly, by taking into account the other trends identified by the researchers — the continued importance of brick-and-mortar stores, the rise of mobile, the increased use of buy buttons/shoppable photos/device payments, and the competitive threat of Amazon — you can optimize your holiday strategy and ensure this is truly the most wonderful time of the year.

➡️ Richest Women In The United States For 2018: 55 Female Billionaires.
➡️ Top 20 Richest Sports Team Owners In The World, 2018.
➡️ The 100 Most Influential People In History
➡️ Top CEOs And Business Leaders On Twitter: You Should Be Following

tweet
share on Facebookshare on Twittershare on Pinterestshare on LinkedInshare on Redditshare on VKontakteshare on Email
Michael Del GiganteNovember 26, 2018

In 1999, CEO Michael Del Gigante founded MDG Advertising, a full-service advertising agency with offices in Boca Raton, Florida and Brooklyn, New York. With his unique insight and decades of industry experience, he turned what was once a traditional ad agency into an integrated branding firm based on an innovative 360-degree marketing philosophy that provides a full spectrum of traditional and digital advertising services to multi-location companies. Michael Del Gigante is an opinion columnist for the CEOWORLD magazine.
view all posts