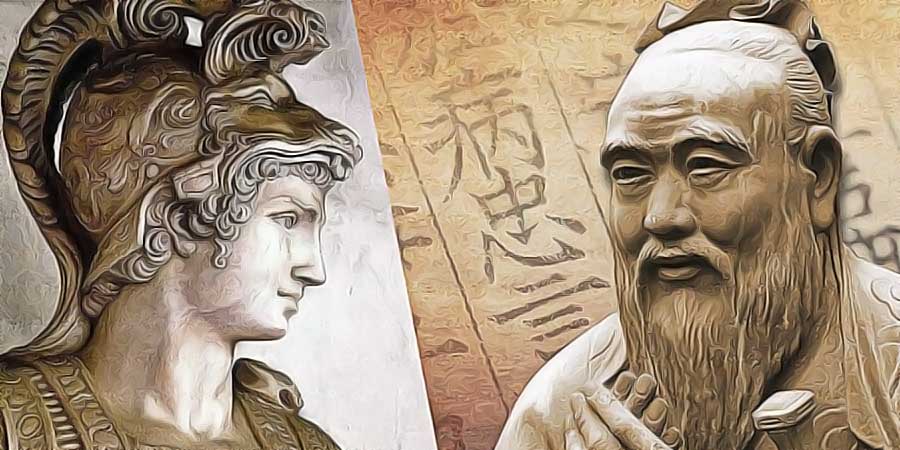 Not surprisingly, Greeks have topped the prestigious list of the 100 most influential people in history.

Ancient Greek philosophers Aristotle and Plato topped the list of the 100 most famous people on the planet at number 1 and 2 respectively, followed by Jesus Christ, Socrates, and Alexander the Great, according to the CEOWORLD magazine. It has collected and analysed data on cultural production from 4,000 B.C. to 2017.

I must stress that in this context “influential” doesn’t necessary mean bad or good, rather those who have had the greatest impact on our life and history? Karl Marx? Jesus Christ? Einstein? Moses? Shakespeare?

Magazine named Leonardo da Vinci as number six on the list, followed by Confucius, and Julius Caesar. Homer (Turkey) and Pythagoras (Greece) round out the list at nine and ten, respectively.

Meanwhile, Adolf Hitler ranked No. 14 in the CEOWORLD magazine’s ranking of the most influential people in history.

Out of 100 most influential people in history, Isaac Newton ranked No. 20th.

The 100 Most Influential People In History

tweet
share on Facebookshare on Twittershare on Pinterestshare on LinkedInshare on Redditshare on VKontakteshare on Email
Megan BatchelorNovember 8, 2017