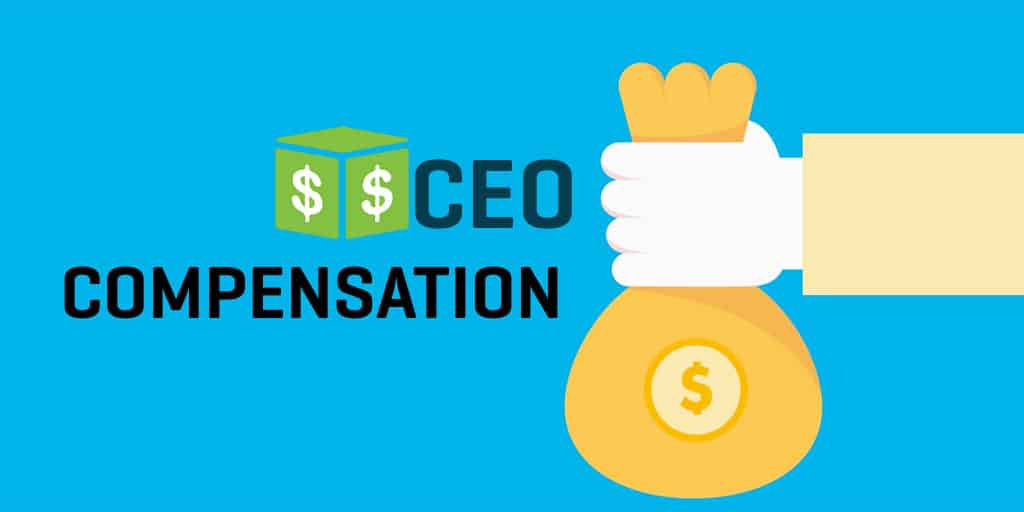 RSUs are most useful in mature companies where the CEO or C-suite executive takes a position where stock has considerable value, but growth is still expected in the public company or perhaps an IPO or liquidity event is not far off. In that circumstance, the key advantages of RSUs is that taxation would be put off until vesting has occurred and the company would typically pay for or assist in payment of the taxation that would arise, and is willing to do so because vesting has already occurred.

RSUs are even more valuable to the CEO or senior executive when he or she takes over in a turnaround situation in a mature company where there is no assurance of appreciation and the CEO needs assurance of a floor in his or her equity value.  RSUs also offer a clear advantage over stock options to CEOs and C-Suite executives because RSUs after vesting always retain some value.  RSUs effectively have a floor on value. They can never go underwater and become worthless as often happens with stock options.

This article discusses RSUs, what they are, how they differ from other forms of executive equity compensation, how they are taxed, and circumstances where obtaining them make the most sense for the executive and can also offer key benefits to the company issuing them.  This article also discusses the merits of RSUs when issued by private companies, including early stage, mature and pre-IPO, and also by public companies.

Restricted Stock Units, also called RSUs, are not stock. When RSUs are granted, no share certificates are issued.  The executive actually owns nothing. RSUs are not restricted stock.  There are no shares then issued that are subject to forfeiture.  Again, no stock is issued, restricted or otherwise. Nor are RSUs options. There is no strike price.  No company commitment to sell the executive shares once they vest.

When are RSUs settled?  When is, the stock issued or cash paid to you?  Generally, the RSU has to vest for settling and payment.  Vesting is generally based on period of service.  Often there is a one year or longer cliff, that you must stay on the job to vest anything at all, and then monthly, quarterly or annually after that.  Sometimes there is performance based vesting, based on achievement of certain company revenue, profits or other goals or milestones or individual target goals.  However, sometimes settling requires a “double trigger” – first vesting, but settling does not occur until as second event – often a liquidity event, IPO, sale of the company or change of control.

It is in their taxation that RSUs can offer important benefits to the CEO, C-suite and senior executive.  Restricted stock coupled with an 83(b) election means taxation right at the outset. If no election is made, then taxation is automatic on vesting.  Sometimes when the 83(b) election is made, the executive may be terminated before the vesting occurs and he or she loses the amount paid in tax.  RSUs put off the taxation event.  There is no 83(b) election with RSUs because no property has changed hands.  There is no taxation until at least vesting occurs, and then only if the stock is transferred or the cash equivalent is paid.  If there is a double trigger for settlement of the RSUs, taxation is put off still further until both triggers are satisfied – generally that means liquidity has occurred and there is money to then pay the tax.  The tax that would be due would be based on the value of the stock or the stock equivalent paid at the time of settlement.

How does the executive pay for these taxes?  If settlement occurs with vesting, this will give rise to taxation and it is wise for the executive to plan for that taxation.  Generally, an RSU contract can provide company assistance with taxation.  Often the company will commit to purchase back a sufficient portion of RSUs to pay the tax.  Thus, for example, if an executive has RSUs that are coming to settle over 50,000 shares valued at $5.00 per share, a total of $250,000, the executive will face combined ordinary and payroll taxes of 40% of $250,000, which is $100,000. The company might purchase back from the executive 20,000 shares, paying $100,000 that would be applied to pay taxes, and the executive would net 30,000 shares that he or she retains going forward.

RSUs are most useful in mature companies where the CEO or C-suite executive takes a position where stock has considerable value, but growth is still expected and perhaps an IPO or liquidity event is not far off. In that circumstance, the key advantages of RSUs are most useful because taxation would be put off until vesting has occurred and the company would typically pay for or assist in payment of the taxation that would arise, and is willing to do so because vesting has already occurred.

Additionally, RSUs are useful when the stock not only has considerable value and the CEO or senior executive takes his or position in a turnaround situation or other uncertainties over whether the stock will ever achieve meaningful appreciation during the executive’s tenure.  In that case, the executive wants to have assurance of a floor in his or her equity compensation should no appreciation occur.

For the company granting RSUs to the CEO or other top executives, the RSUs also offer important advantage to the company.  The Company does not have to deal with the issuance of stock until it has actually vested.  Nor does the executive obtain any shareholder rights until the shares are issued.  Also, unlike the granting of stock options, there is no need for an IRC §409A valuation where the RSUs are granted.  Finally, for public companies, in case where RSUs are issued based on attainment of performance targets, this can help ensure that awards granted to top executives are excluded from the $1 million deduction cap of IRC §162(m) as “qualified performance-based compensation/”

RSUs are least useful in the early stage – in startup companies.  In the early stage, pre-funding or even after a Series A, the valuation for commons stock should be quite low and the opportunity for appreciation is the highest.  That is the best opportunity to utilize stock grants and restricted stock, and to use the 83(b) election.  In the early stage the executive wants to take the value of the stock into income as soon as possible and pay tax at the lowest valuation.  Once that is done, the executive has established a tax basis in the stock and all the appreciation after that will be a low favored capital gains rates.

With RSUs the executive should expect that fewer RSUs may be offered than stock options because RSUs have an intrinsic value.  While stock options can often go under water if the price of the stock declines, RSUs also become less valuable if stock value declines but because there is no strike price that the executive must pay, RSUs will still retain value even when the stock goes down in value.  Often, an executive will receive a mix.  Some RSUs and often more options.  The options greater in number of shares and thus offering the greatest upside.  But that greater upside is balanced against the smaller number of RSUs.  This balance will assure the executive at least some value, some basic floor in value, from the equity he or she is receiving.

So, for example, a company might award a CEO, 100,000 RSUs when the value of the stock is $5.00 per share, and non-qualified options for 250,000 shares, with a strike price of $5.00 per share, with both the RSUs and options each vesting over 4 years, with a 1 year cliff. In one example, the CEO leaves after 4 years but through no fault of his own, a bad market or otherwise the stock value then is only $4.00.  So, the executive departs with the net of 60,000 shares worth $240,000 (assuming the company purchased 40,000 over the 4-year period as vesting occurred to cover the executive’s taxes) and he or she allows the options that are now underwater to lapse unexercised.  In a second example, the CEO leaves after 4 years, but the company has achieved success, had an IPO, with the stock trading at now $20.00 per share.  He departs the company with 60,000 shares from RSUs worth $1,200,000.  This time, with option shares valued at $5 million, he sells shares to pay the strike price of $1.25 million, and nets $3.75 million in cash if he or she sells or 187,500 shares if he or she retains the stock, which amounts would be reduced because taxes would be due on the gain, which would be taxable at ordinary income rates.   Because the executive had the mix of equity, he or she was not only in a position to reap at least some reward when success was not achieved, but also in position to reap a much larger reward when success was achieved.

The terms of the RSUs may be in the employment agreement or a separate grant agreement.  Either way, the CEO or C-suite executive needs to be aware of a number of important terms to be reviewed and negotiated in RSU agreements, including –

With RSUs as with restricted stock and options, bonus, severance and other key areas of the executive’s employment agreement, it is important to retain trained tax and executive employment counsel.

tweet
share on Facebookshare on Twittershare on Pinterestshare on LinkedInshare on Redditshare on VKontakteshare on Email
Robert A. Adelson, Esq.February 28, 2017