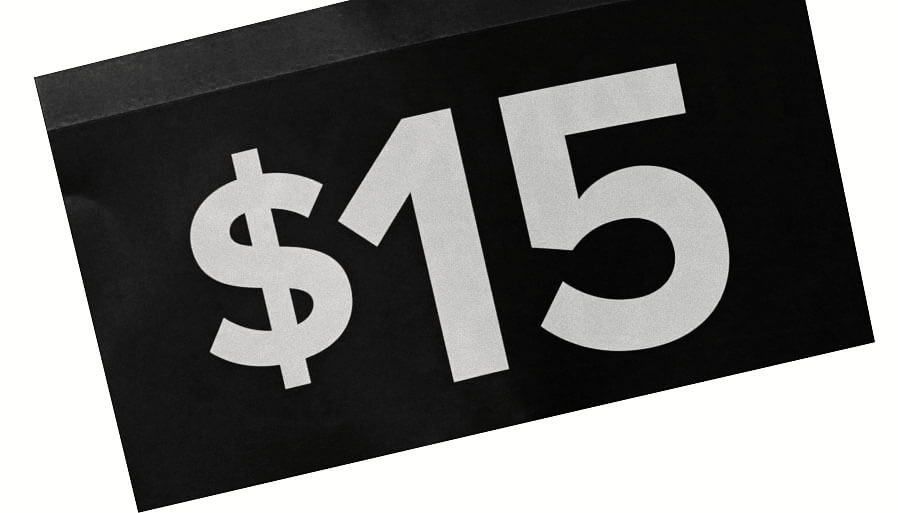 In recent months, employers, business owners and franchisors have been closely following the development of the $15 minimum wage movement. With California and New York, along with the city of Seattle, passing legislation that will raise the minimum wage to $15 for some positions over the next few years, the effects on employers, business owners and franchisors are already starting to be felt in a myriad of ways. As more states look into the possibilities of legislation to raise minimum wages to the $15 threshold, the question of the consequences on a number of different industries is being determined for the long term stability of these businesses.

The concept behind raising the minimum wage for certain industries, as well as across the board at the state level, is that a raise in minimum wage will allow economic boosts in job creation and more disposable income that can be spent by these workers. An additional proposed effect would be to minimize the number of minimum wage workers who will depend on government programs to supplement their incomes. In the upcoming United States Presidential election, the topic of raising the minimum wage continues to be an issue of ever increasing debate.

The initiative from the Federal Government to move minimum wages up across the board means that employers are going to have to adjust accordingly to meet these new rules.  The challenge that all businesses will face is that the implementation of wage increases will also increase the cost of goods and services proportionally across all markets.  An additional challenge will also be in relative increased costs for employees beyond those that are currently making minimum wage. If employees are making the Federal Minimum wage of $7.25 an hour and are then moved into the $15 an hour range, it would be expected that employees who are currently making $15 an hour would expect a proportionate increase if their lower paid counterparts are going to be increased to the $15 an hour threshold.  The raise of the Federal Minimum wage will affect not only entry-level positions, but it will likely raise the wages for entire other classes of employees as well.  If the cost of goods and services increases proportionally, and employees who think they are making more initially realize they are at the same economic standard they were to begin with, the question becomes who will stand to benefit the most from increased payroll taxes and what will be the true value of a raise in the minimum wage? Two winners will be state and federal governments, who will see growth in payroll taxes on wages from higher minimum wages and higher relative wages from other employees that are offered compensatory raises in response to the rise in minimum wage.

For the staffing industry, the rise in minimum wage will have ripple effects for a number of the businesses that work with staffing companies such as Elite Force Staffing to fulfill their personnel requirements. From a franchise perspective, fast-food franchise owners in communities that have already enacted laws to raise minimum wages have reported rises in prices for consumable goods, reductions in staff to offset higher salaries and reducing expectations for expansion. Other franchise businesses are using this wage change to examine their hiring practices, with increased focus on hiring more experienced workers who may be able to complete tasks more efficiently than entry-level workers.
The shift from hiring entry-level workers to more experienced hires to validate the increased costs that businesses will bear is a consistent message. The Congressional Budget Office released a report showing that while “raising the minimum wage would increase family income for many low-wage workers, some jobs would probably be eliminated and the income of those workers would fall substantially.” Others have opinioned that in areas of the United States where the cost of living is high, a $15 minimum wage will aid workers with more income while eliminating fewer jobs; however, in other areas where the cost of living is not as high, a rise to $15 will eliminate a much higher percentage of positions to offset the higher percentage of a raise.

Another area of concern for the staffing industry related to the rise in the minimum wage will be related to those involved in healthcare. While many healthcare organizations have struggled to fill vacant positions, staffing organizations that work with healthcare clients are feeling an exceedingly high burden in the field, especially when state budgets have not been raised to meet the higher payment costs. While healthcare job growth set new records in 2015, one of the fastest growing job sectors in healthcare is for nursing aides, which is one of the lowest paying fields within the industry and an area that could see a downturn in hiring with new minimum wage rules.

In the state of New York, there are roughly 275,000 healthcare workers who would be eligible to have a rise in salary based upon the new minimum wage laws according to a report by two New York State senators. Raising the wages of these workers could have a $2.9 billion impact on hospitals, nursing homes and home care providers in the state once the shift to the $15 minimum wage laws is fully enacted, but the state of New York has not authorized the additional funds to cover this amount. The full extent of the long-term effects on the healthcare industry, along with related staffing, is something that may force state governments to examine how they budget for state-sponsored healthcare programs in the long term.

For non-profit businesses, the ability to meet requirements for higher minimum wage payments is a key area of concern as more cities and states look to enact these new laws and regulations. Beyond non-profit healthcare, non-profit personal care and social service jobs can be impacted by these new wage minimums, which may result in the reduction of services available to those that are considered at the highest risk. The potential positives of being able to keep higher skilled employees in non-profit roles with higher salaries is a consideration to help overcome the loss of services that may have to occur from the rise in wages. As revenue streams for non-profit business show decline, the additional pressure from the changes to minimum wage statues means that a number of these organizations are looking for more creative ways to find new sources of revenue to sustain their services.

Small businesses are also beginning to feel the pressure related to the new minimum wage laws that are going into effect. While some small business owners are looking for innovative ways to meet the new wage requirements, including selling memberships and sponsorships in their business, others are concerned that higher payroll taxes and other ancillary costs will force them to either raise prices or shutter their businesses completely. As is the case with other business sectors, taking a hard look at overhead, employee schedules to lower the amount of available staff during non-peak hours and determining if raising prices are all considerations for small businesses.

As the different sectors of the United States business economy look to determine the best courses of action for following the mandates of the rises in minimum wages, staffing companies are uniquely suited to assist these businesses meet their needs. Staffing companies like AtWork can deliver highly qualified candidates for clients in a variety of fields, including healthcare, administrative, industrial and home assistance. Being able to use the services of a professional staffing company to find skilled workers, supplement existing workforce requirements and help navigate the legislative waters related to minimum wage requirements can help small- and medium-sized businesses thrive as more cities and states require higher minimum wages for their workers.

G20 Countries: Which Nation Is Best Prepared For The New Digital Economy?
Deciding? Make it Quick or Else
Here Are Some Quick And Easy Diet Tips For Business Travelers
The Top 28 American Colleges With The Most Billionaire Alumni, 2016

tweet
share on Facebookshare on Twittershare on Pinterestshare on LinkedInshare on Redditshare on VKontakteshare on Email
Jason LeverantJuly 8, 2016

Jason Leverant is president and COO of AtWork Group, a national staffing franchisor with more than 93 franchise and company-owned locations.
view all posts