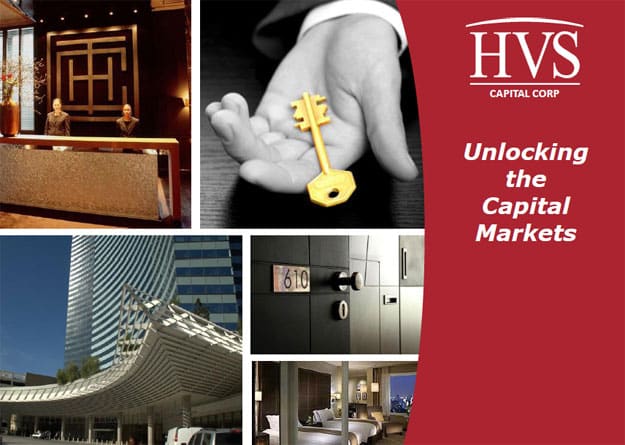 An improved outlook for the UK’s hotel sector into 2012 will depend largely on the availability of debt to fund hotel transactions and to complete long overdue refurbishments, according to hotel consultancy HVS London.

The sector has experienced mixed success through 2011 with a modest rise in trading offset by a continued dearth of available finance for transactions. HVS London director Tim Smith said investment was “vital” for hotel operators and may come from traditional sources such as banks or new sources such as institutional investors.

But he warned that unless the European economy experienced a significant upturn, traditional lenders were likely to continue taking a hard line on hotel investment, making it more important new sources of debt funding are found.

“Lack of available debt financing will be an ongoing constraint for many transactions, both in the UK and across the European market. New full service hotel openings in 2012 will be mainly limited to key gateway cities such as London and Paris.

“Banks with loans that need refinancing will either continue to ‘extend and pretend’ or lose patience and force a sale, possibly via insolvency,” he warned.

During 2011, trading in London’s hotels and in many of the UK’s regions improved on 2010 levels, with RevPAR (rooms revenue per available room) up 5.3% across the UK*, with a 1.7% increase in occupancy and 3.6% rise in room rate. Unfortunately the costs of operation rose at a similar rate, negating any rise in net operating income for many hotels.

Hotels in Edinburgh have had a particularly strong year. In August they outperformed those in the capital with RevPAR £16.28 higher as both occupancy and average rate far exceeded London. The city, which benefits from a 12 month a year-round trade, with the summer festivals and New Year celebrations attracting visitors when the commercial trade has fallen away, enjoyed the highest occupancy in Europe for several months. Edinburgh also benefits from a government that is proactive in attracting business to the city.

The only region of the UK hotel market (out of 24 sampled by STR Global) with a lower level of occupancy year-on-year was Gatwick Airport in the South East. Hotels at Gatwick suffered as airline passengers chose not to add extra nights to their holidays, irrespective of their flight times. Travel disruptions at the start of the year also affected bookings.

London has achieved an impressive occupancy level of 83% throughout 2011, with an average room rate of £133 and RevPAR growth of 9.7%. But while occupancy and room rate has remained fairly consistent this year, there are now signs that hotels in the capital, along with those in other European cities, have come off the boil in the run-up to Christmas.

In terms of hotel transactions, 2011 saw a similar number to 2010. Notable deals included the sale of the W hotel in London’s Leicester Square, which, when it was sold by McAleer & Rushe to Al Faisal Holding, achieved one of the highest prices per room of the year at around £1.05m. The sale of the Mint portfolio of eight hotels to Blackstone for £600m represented a good deal for all parties – including Hilton, which will rebrand and manage the hotels.

London’s luxury sector saw a further boost during 2011 with the opening of the Corinthia hotel. The building, which was originally a hotel but latterly government offices, was reopened in May following an extensive renovation.

This year has also seen hoteliers learning some harsh lessons over pricing – particularly in the capital where trading during the Royal Wedding taught many the perils of overpricing. Rather than being full, central London hotels saw occupancy levels of only 60% that weekend as they misjudged the appetite for expensive rooms. It is a lesson that will be tested again in 2012 during the Queen’s Diamond Jubilee celebrations and the Olympics.

The year was also notable for the collapse into administration of von Essen Hotels, although most of the 28 hotels have now been sold, or are in exclusivity.

“No-one is safe from the recession, however big they are,” said Tim Smith. “Von Essen was a major victim this year, but I doubt it will be the last. The good news is that most of the hotels have found new owners – proof that it is more often the corporate entity rather than the hotel that fails.

“Now is a good time for hotel buyers to acquire assets, so there could be an uplift in transactions across Europe in 2012 – providing investors can get debt finance. Cash buyers hold an advantage and will try to force sellers to accept lower prices,” he added.

tweet
share on Facebookshare on Twittershare on Pinterestshare on LinkedInshare on Redditshare on VKontakteshare on Email
Aimee Lee WebberDecember 16, 2011