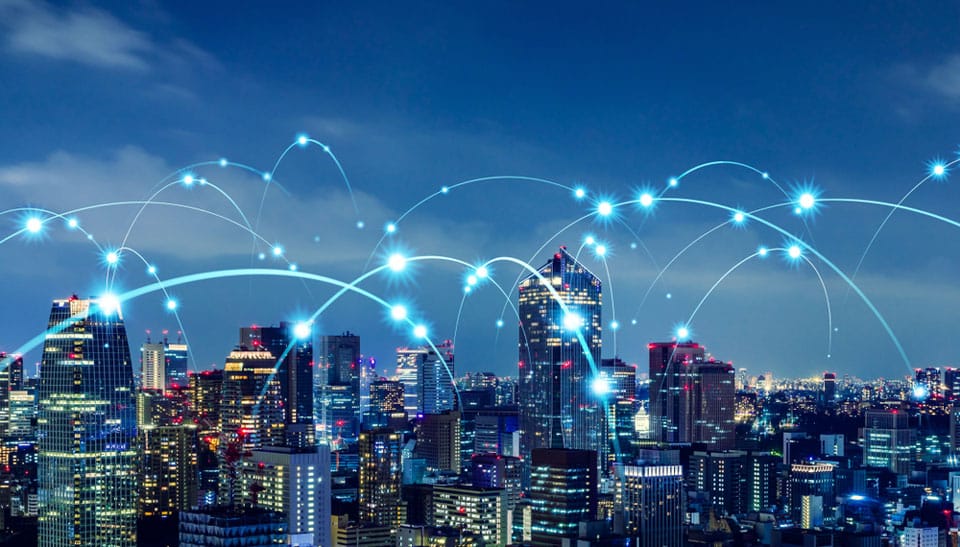 When business leaders think of network connectivity for industrial enterprises today, they tend to think of Wi-Fi and LTE or 5G connectivity. However, these networks on their own fall short of providing effective non-stop connectivity.

Wi-Fi brings the benefits of high speed and capacity to support an increasing concentration of mobile devices. Still, this LAN technology is best suited for non-mission-critical communications due to underlying protocol shortcomings. Fundamentally, Wi-Fi limits client connections to a single connection to a specific access point. In other words, the signal degrades rapidly as mobile clients move farther from access points.

Don’t assume degraded performance is only associated with the client that has moved away from the Access Point (AP). Wi-Fi networks suffer from a little-known performance issue where an AP self-retards itself, and only transmits as fast as its weakest client connection. If you have mobile clients, you can expect the best data rate you will ever get is a fraction of the advertised speeds.

Ultimately, when the client moves beyond the range of the AP, it has to break its connection before handing off to the next AP. When this occurs, there is a loss of critical data. Integrators can work to minimize the hand-off time, but regular connectivity losses are impossible to eliminate in large Wi-Fi networks. Hence, many operators are seeking alternatives to Wi-Fi for mission-critical applications.

Everyone loves their smartphones and the ease of use they bring. So why wouldn’t a Long-Term Evolution (LTE) carrier network be a good choice for your Industrial operation? LTE became a popular term with the advent of 4G. Newer LTE networks are referred to as 5G. Cellular networks are fundamentally infrastructure-oriented with fixed-location base stations and a complex routing core. Cellular base stations benefit from high power transmissions over licensed spectrum using high-gain antennas on tall towers.

They offer benefits in urban and suburban areas because a single tower can cover a large area. However, coverage and data reliability may not always be strong enough when applying cellular connections to Industrial IoT,and Industry 4.0 applications and devices. The infrastructure-oriented nature of cellular networks causes coverage and data reliability to be spotty when deep in a warehouse, processing plant, or hospital.

Because these networks’ primary use is smartphones, carriers configure the network to give smartphones optimal service. They do this by allocating most of the bandwidth capacity (approximately 80%) to downstream access. That means Carrier LTE, regardless of the network operator, lacks the upstream capacity industrial operations need to run multiple mission-critical applications, like closed-circuit TVs and real-time machine guidance.

This is because unlike smartphones which consume large amounts of data, client nodes on industrial networks don’t consume data, they generate it.  Meaning, Carrier LTE isn’t designed to give industrial customers the bandwidth they require. Regardless of what you might read or hear, you can easily test this.  Watching YouTube or Facebook videos, works great on your smartphone due to fast download speeds. Now shoot 10-15 minutes of video on your smartphone, and then time how long it takes you to text or email that video to a friend. The time will be amply slower because of the reduced upload capacity.

The Over-Hyped Fifth Generation of LTE

This is where next-generation 5G often enters the conversation. As executives read through articles about how 5G will be a game-changer, it’s not surprising that companies get excited about this solution. 5G indeed takes advantage of higher frequencies to deliver data rates faster than 4G, but that’s only part of the story. 5G frequencies have a significantly shorter range. 5G also requires better connections and higher signal quality, which translates into improved line of sight, meaning significantly more towers.

Communities have long struggled against Carrier infrastructure cluttering up their viewshed. This issue is only going to get worse as Carrier works to improve network performance. Despite all the hype, 5G still suffers from the same issue as 4G where the bandwidth is disproportionately allocated to the download stream as opposed to the upload stream where Industrial users need the capacity the most. Yes, you will have more upstream capacity on 5G than on 4G. However, you still only get approximately 20% of the advertised data rates.

Private LTE is an option if a customer is willing to purchase a network as opposed to renting airtime. If you own the network, you can decide how to allocate the overall bandwidth. Often Private LTE networks do have equal upload and download bandwidth. However, the biggest challenge Private LTE networks face is limited bandwidth. Bandwidth is a function of channel size. Frequencies are broken into channels. Licensed frequency is expensive. For carriers, they can spread this cost across hundreds of thousands of customers. However, a private business has to cover that cost over the many clients they have.

Even if the customer can afford the frequency, quite often there is only limited licensed or unlicensed availability to frequency.  Another challenge you have when deploying Private LTE is the higher cost of equipment compared to other wireless options, as well as higher operating expenses. So at the end of the day, you are likely going to pay more to purchase the network. Additionally, you are going to pay more to maintain the network and you will have less throughput over that network.

There is another solution flying under the radar, that many customers fail to fully investigate: mesh networks. The optimal offerings of this versatile type of network enables peer-to-peer communication and large-scale connectivity. A robust mesh system effectively solves many commonplace networking shortcomings: Having multiple concurrent connections through various devices without losing connection. The best mesh networks get stronger as they increase in size and density. Furthermore, some mesh networks can self-optimize. All Wi-Fi and LTE networks have a static configuration. They only change the way they operate when an administrator makes a change to the network.

Take, for example, Rajant’s Kinetic Mesh. It provides wireless reliability inside with built-in redundancy for network stability, high bandwidth for video and high-speed sensor data, enhanced machine-to-machine (M2M) communications, and 2.5x Wi-Fi range. Packets will always have a path home with improved reliability and security, even in challenging environments. Operations have become more intelligent, autonomous, and mobile. This self-healing network can be implemented to support M2M communications between equipment on the move and enable autonomous operations.

Nodes—Rajant calls them BreadCrumbs—can hold multiple radios with different frequencies, each with multiple active connections. Each BreadCrumb manages its own routing, always sending data across the best performing connection in the same way a switch works. Rajant has effectively done away with the hand-off function and its associated loss of critical data and latency.  BreadCrumbs work peer-to-peer to form robust and redundant links between industrial assets that may be stationary or on the move.

The wireless mesh network delivers fully mobile, scalable, high-capacity M2M connectivity systems needed to run seamlessly 24/7, 365 days a year. These compact, lightweight nodes can easily be deployed on fixed and moving assets. Connectivity can be achieved around obstructions. Because the nodes can be placed directly onto equipment, robots, and devices, Rajant is efficient to deploy in even the hardest-to-network areas, Plus, a Rajant network is cheaper to purchase and maintain than a comparable Private LTE network, and it delivers far more bandwidth with significantly lower latency.

Rajant InstaMesh smart networking software orchestrates traffic among these meshed connections, dynamically selecting the fastest path for delivery. If a path becomes blocked or interference is sensed, InstaMesh will automatically route traffic via the next available pathway, maintaining mission-critical connectivity and ensuring that communications do not wane. It overcomes traditional wireless challenges by providing coverage, resiliency, and mobility.

While CEOs and executives may not be involved in the day-to-day operations or networking decisions, those in the industrial space increasingly need to know their business has a network that supports intelligent, automated technology. The deployment of a unique network that is reliable and redundant can vastly improve warehouse operators’ productivity, efficiency, and profitability stakes. Access to effective communications in a dynamic environment, such as a warehouse or plant, can ensure operations thrive now and in the future.

Written by Todd Rigby.
Have you read?
Inclusive Workplaces Accept the Inevitability of Illness and Resist Digital Presenteeism by Lara Zink.
Why adapting leadership style is essential to achieving gender equality in the workplace by Joy Burnford.
JFB Construction & Development, a Reputable National Retailer and Contractor.
From Script to Screen: How Intellectual Property Animation is Making an Impact by Rocky Shi.

Todd Rigby, Director of Sales for Rajant Corporation. For more than 25 years, Todd Rigby, has been deploying communications systems and technology solutions across multiple industries. He has successfully helped numerous companies with various digitization and Industry 4.0 initiatives. These efforts have improved safety, productivity, asset utilization, and output.

Todd has first-hand experience with many different communication technologies, and their application to various industrial use cases. He is the subject matter expert in the United States for Mining, Heavy Construction, Agriculture, Material Processing, Manufacturing and Warehousing for Rajant Corporation, a leading industrial wireless mesh networking company. Todd has helped to develop Rajant's Partner sales channel throughout the United States, Canada, Central and South America, Australia, and Africa. Before his employment at Rajant, Todd ran a prominent Trimble Heavy Construction dealer and was Rajant's very first reseller Partner.

Todd Rigby is an opinion columnist for the CEOWORLD magazine. Connect with him through LinkedIn.
view all posts