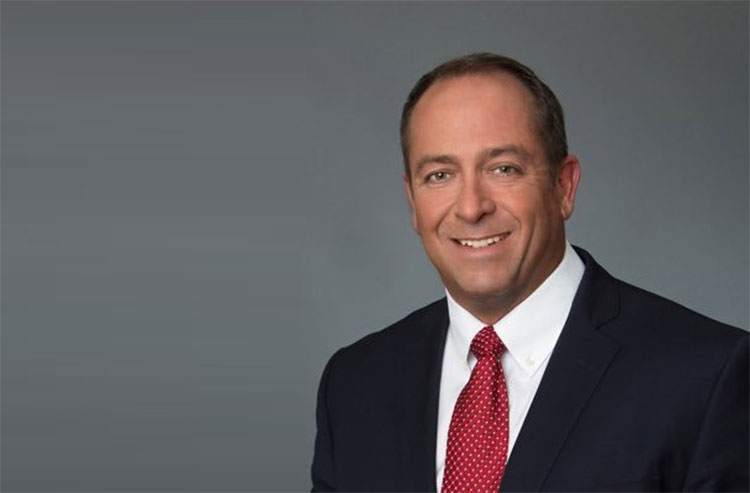 One of the greatest lessons I learned in the military was that everyone is in it together. If the U.S. military goes to war and wins, we all win. The teams that fight directly win, and the teams that never come close to the battlefield win. If we lose, we all lose. Every team has a symbiotic relationship, even if we never stand in the same room together. There are no siloes!

When I left the military, I was not prepared for just how different the mindset is in the civilian world, even at a great company like Caterpillar. At my factory in East Peoria, we built both small and medium-sized tractors, and we were struggling to meet changing emission controls for our diesel engines. To simplify the issue, we had to find new ways to get more sulfur out of the engine exhaust.

The company decided to focus on the D6 bulldozer first because it had the most demand. There were six different versions of the D6, and we had to gradually get each of them to meet emission percentages. The plan was to complete four models the first year. To begin the process, we needed our design engineers to come up with 3D models for the new engines, so we could build them.

This is where the symbiotic relationship always broke down. The design engineers worked in their own little silo, with little awareness of the deadlines that other teams down the line were facing. Consequently, they were always late in delivering their 3D models, assuming that we could make up for the lost time.

One of my biggest challenges as an operations manager was getting all of my teams to understand the symbiotic relationship of supported and supporting teams, so they saw their work as part of the overall effort to achieve the mission of serving customers. When you instill that mindset throughout our organization, you get better work between teams, which leads to greater efficiency and a better outcome.

Focus on the Overall Mission

The Navy—actually, the entire military—understands this. When I was an enlisted sailor, I worked as a Fire Controlman (FC) for various weapon systems, and we were considered the elite of the fleet (or so they told us). Because of the nature of our role, we worked in air-conditioned spaces most of the time, except when we had to go on deck to do maintenance on the gun system.

Meanwhile, the engineers that provided us with air-conditioning, power, and running water spent all of their time down in the belly of the ship, working in cramped, miserable spaces where it was steaming hot, just so they could keep our gear comfortable up in the weapon control station.

Even if the engineers were down in the belly of the ship and never saw us during their shifts, we depended on them to do our job—and our job was the central purpose of the ship.

The Aegis cruiser existed to put, as we used to say, “warheads on foreheads.” Every single man and woman on that ship was part of either the supported team or one of many supporting teams, but we were all contributing to the mission, even if we never directly interacted while working.

Sometimes, who is the supported team and who is the supporting team shifts. For example, when I was on the Aegis, we had periodic Operational Propulsion Plant Examinations (OPPE). There had been so many fires on board ships in the past that the Navy developed a propulsion examining board to make sure everything was running safely.

If we didn’t pass the test, we would lose our certification and have to retrain and get recertified. The test was intense, involving main space fire drills, where we had to stop and start every system on the ship. Then we had to do controlled drills on all of our engineering equipment, which played hell on combat systems.

It was the perfect time for the engineers to get their revenge on all of us “topsiders” sitting in our air-conditioned workstation. They would call our station and say, “We can’t possibly get everything ready in all of our spaces. We need some help from the rest of the ship’s crew. Send some of your men down to the pump room.”

We were the supporting team, so we knew our role as shipmates. We needed to pass that test at all costs. However, when some of the combat crew went down to help, the engineers would make sure to assign them the filthiest pump room, which involved pumping sewage out of the ship. It was no fun, but I always took pride in my work, no matter how filthy.

We would go into these disgusting places and give 100 percent. We had that Navy mindset that we were all in this together. Even if we picked on each other from time to time, we knew we were working together to accomplish the mission, whether we were on a supported or supporting team.

With the rise of automation and smart technology, it’s more important than ever for teams to understand how they are supporting or being supported by other teams. When I was a factory manager in Kentucky, I was careful to confront siloed thinking among teams and redirect people to think about the overall mission.

It can’t be a competition. Ultimately, every team is working together to serve the customer. This must be constantly reinforced. In the end, it comes down to this: we all win the war together, or we lose the war together. And if we win, the real victory belongs to the customer.

For more advice on how to end siloed thinking and establish a team mindset, you can find Speed of Advance.

Written by Marty Groover. This article is adapted from Speed of Advance: How the U.S. Navy’s Convergence of People, Process, and Technology Can Help.

Marty Groover is a partner in the Industry 4.0 practice of C5MI, a firm that optimizes operational execution through the creation of live supply chains. Marty leads functional and technical teams to solve manufacturing challenges by merging people, process, and technology. With more than two decades as a surface warfare officer in the U.S. Navy, Marty is a recognized thought leader in the SAP partner base and is known for his extensive insight in production planning, lean manufacturing, and ERP systems.

Marty Groover is an opinion columnist for the CEOWORLD magazine. You can follow him on LinkedIn.
view all posts