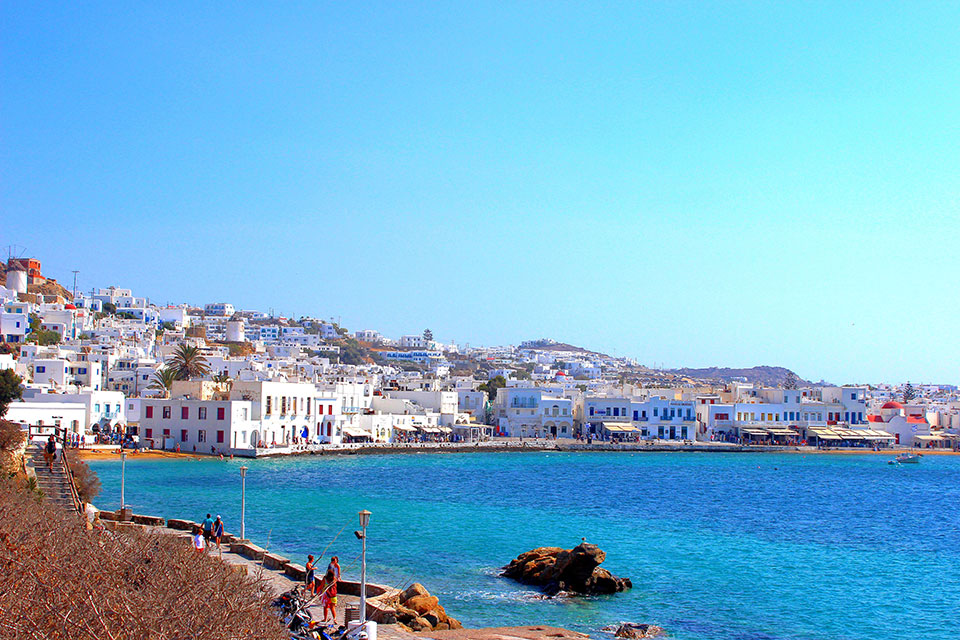 Naguib Sawiris, the Egyptian billionaire is the chairman and CEO of Orascom Investment Holding SAE with headquarters in Egypt. The company first started its operation in 1977 as an IT and telecom leader. Recently after a rebranding expanded its activities to many other business sectors such as constructions, mobile communications, media, and technology.

At the same time, it expanded to many other areas beyond Egypt such as North Korea, Pakistan, Lebanon, and other North African and Middle-Eastern countries. As of 2021, Sawiris was listed in Forbes magazine as the 8th richest person in Africa, with a personal wealth of US$3.1 billion. With a net worth of roughly $3.1 billion. The eldest of three billionaire brothers, Naguib Sawiris is the 16th richest person in the Middle East for 2021, according to the CEOWORLD magazine.

In recent years Naguib Sawiris has become a fan of Mykonos. Having bought two houses on the island four years ago, he recently built another one on a plot he had bought in Kalo Livadi, where he is preparing a large investment. On the slope opposite “Solymar” he is building a luxury five-star hotel which, according to the Greek press, will be completed in two years. Its cost is said to exceed 9 million euros. Mykonos is an island that attracts many foreign investors, who build properties and buy plots of land, spending large sums of money.

More specifically, the Sawiris Group will build 27 luxury villas for very rich visitors, who will have the unique privilege to enjoy stunning views of one of the most beautiful beaches of Mykonos. The construction work has begun and the new hotel is expected to be completed by 2023, when it will start operating, offering the highest level of service to its visitors. This project is the first major investment of the Egyptian tycoon on the island.

In May 2011, he made a huge impression on the island by organizing an event at Nammos that was a topic of discussion for days. Many of Naguib Sawiris guests enjoyed a special night with French rosé wines, sushi, fresh fish and champagne. Six years after this event, his name became again talk of the town since rumours presented him as the buyer of the villa Koronia in Agios Lazaros. He is said to have given about 5 million euros to obtain this property. Also, he is said to have bought another one house on the island, even more impressive, which belonged to a well-known businessman and worth of 6.5 million euros.

All people at the island of Mykonos were wandering about the reason the Egyptian tycoon decided to buy two impressive houses, almost at the same time, spending just over 11.5 million euros. A few months ago, however, he built a third house on a plot he bought in Kalo Livadi.

Naguib Sawiris is a successful businessman who loves investing in real estate market. A typical example is the project that he announced four years ago in Dubai about the famous tourist resort of Ayia Napa with luxury apartment complexes, impressive houses, private marina and shopping mall. At the same time he intends to form private beaches for the visitors, with the total cost of the investment amounting to 195 million euros.

It is worth mentioning that Orascom Construction Industries is active in more than 25 countries with a turnover of 2.7 billion euros in 2019, while the telecommunications Global Telecom Holding had a turnover of 1.6 billion dollars.