CEOWORLD magazine - Top Stories - C-Suite Insider - The Power of Asking “Why Not?” 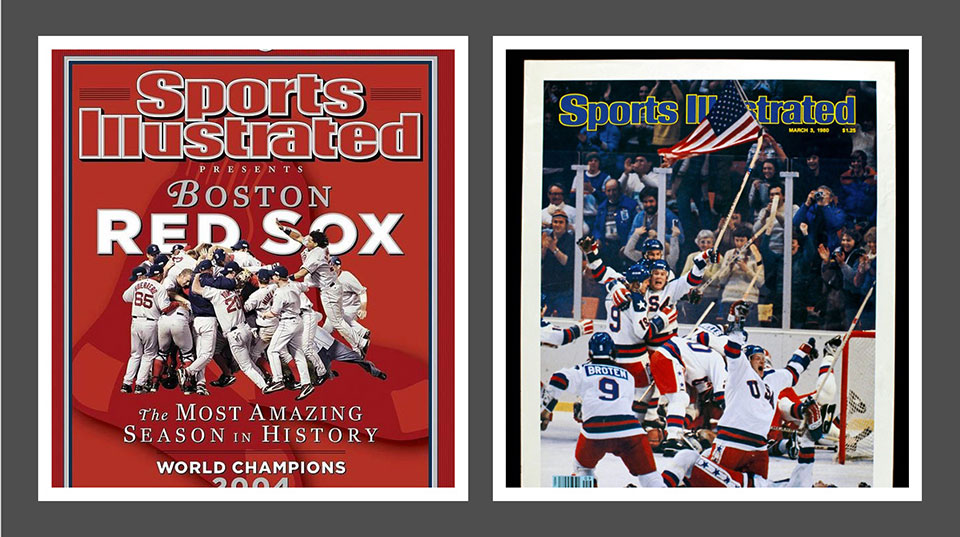 During the American League Championship Series (ALCS) in 2004, the Boston Red Sox were down three games to none. Having lost the third game by a score of 19-8 at Fenway Park, it appeared the Red Sox would lose to the Yankees once again, thus destroying their hopes of going to the World Series and winning their first championship since 1918.

After the Yankees had won the first three games, just about everyone in New York, Boston, and every other city around the world assumed the series was over.  Why? Because no team in the history of Major League Baseball had ever come back from a 3-0 deficit to win a seven-game series.

The teams would play the next two games in Boston. The Sox won Game 4 (6-4 in 12 innings) and Game 5 (5-4 in 14 innings), with its star player David Ortiz carrying the team on his back to force a Game 6 in New York. Boston would go on to win Game 6 (4-2) behind the arm of starting pitcher Curt Schilling in what is known today as the “bloody sock game.” (A story for another time). At the post-game press conference, Schilling sported a t-shirt with the words, “Why Not Us?”

Having lost to the Yankees in seven games in 2003, the Red Sox had enjoyed an outstanding season, and they refused to go down without a fight. Despite the odds, they never stopped believing.  Just because no team had ever come back from a 3-0 deficit in the past didn’t mean it wasn’t possible. They started to see it as something that had not happened “yet.”  So “Why Not Us?” became their mantra.

Before Game 7 at Yankee Stadium, the team gathered early to watch the feature film Miracle. The movie chronicled the story of the 1980 US Men’s Olympic Hockey Team Gold Medal win, which included a semi-final 4-3 victory over the Soviet Union – an upset many regard to be among the biggest in the history of sports. It was just a matter of time before some team would come along and beat the best hockey team in the world. In so many words, USA Head Coach Herb Brooks said to his team, “Why Not Us?” and “Why Not Tonight?”

A few hours later, the Red Sox would take the field, only to roll over the Yankees 10-3 to win the ALCS and go on to win the World Series, just as the USA Hockey Team advanced to the final game to beat Finland to win the Gold Medal.

The Difference Between our “Why” and our “Why Not?”

Simon Sinek rather famously taught leaders about the importance of identifying our “why.”  In recent years, the Millennial generation has helped us inject a healthy dose of what it means to be purposeful about our work (and our lives) and how much this can matter to what energizes teams in the workplace. I worked with a company once where the CEO’s goal was to grow from a half-billion-dollar company to a one-billion-dollar company.  The problem was that hitting a number did not exactly enthuse the employees.  Getting them behind the effort to grow the company would involve tapping into their pride in the product they manufacture and the difference it makes in people’s lives. If increasing the organization’s size could extend their reach and put their product into the hands of more people around the world, they were all in. The employees found their why, and, today, the CEO is on his way to reaching his target and realizing their shared purpose.

Your “why” gives a team its purpose.  Your “why not?” inspires the belief that the team can fulfill its purpose.

Once you identify your purpose and have confirmed a belief in one another that fulfilling that purpose is possible, it comes down to commitment – a daily dedication to learning, sharing, applying, and achieving – to improving incrementally every day.

We watch teams compete for championships and gold medals, but we don’t see the daily sacrifice that comes with earning the right to do so. It takes more work than most of us can imagine. This level of effort may explain that when a team does what it is required to put itself in a position to compete for a world title, despite the odds (being down 3-0 or facing the best hockey team in the world), there’s a certain reluctance to giving up.  In fact, it actually fuels their collective belief.

For the top organizations in sports and business, winning is not the goal; it’s the reward. The goal is to create a culture focused on daily improvement that sets its own standard of excellence.

If you’re not doing this at your organization, it may be time to ask yourself, “Why not?”

CEOWORLD magazine - Top Stories - C-Suite Insider - The Power of Asking “Why Not?”

tweet
share on Facebookshare on Twittershare on Pinterestshare on LinkedInshare on Redditshare on VKontakteshare on Email
Leo BottaryJanuary 13, 2021