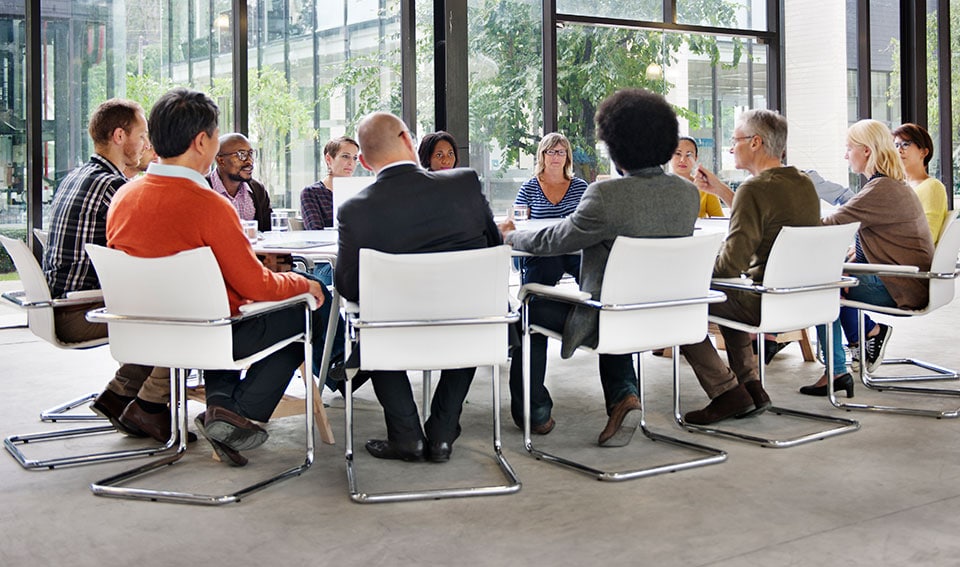 We’re at the edge of the Fourth Industrial Revolution and in the midst of a global pandemic turning countless businesses upside down. The strains on corporate culture are profound — as are the pressures on leaders. But even before the recent economic and social upheavals, the corporate culture concept was struggling.

Every single industry and every aspect of our lives will soon be fundamentally disrupted by digital technology, artificial intelligence, robotics, human-machine interfaces, and related technologies. The current pandemic is revealing that most of what corporate executives, change leaders, human resources (HR), organizational development (OD) practitioners and consultants know about culture and culture change is woefully inadequate to deal with disruption of this magnitude. One key reason is that we cling to a myth that leadership is the primary driver of culture. And hewing to this concept will limit our ability to better define and leverage culture in our organizations, and better lead.

We take for granted that leaders, especially the CEO, ‘set’ the culture. Even corporate boards take this now as conventional wisdom. We believe leaders set culture by ‘setting the tone’— saying the culturally desired things in the culturally desired way. And we believe that when they demonstrate certain behaviors, that’s enough: people will emulate as if simply by osmosis — and thus those behaviors will pass down through the organization.

The truth is, the relationship between leadership and culture is far more complex. It’s a myth based in such ideas of value engineering: the desire of leaders to leave their legacies imprinted on their organizations by projecting their own ideologies, beliefs and values, and the de-facto concept that “it’s what good leaders do.” Cognitive science shows that in fact, there are a number of problems with believing that leaders simply create culture, including these three:

Leaders overestimate their own influence. They tend to believe they are much more influential than they really are. Egocentrically and overoptimistically, individuals expect their own behavior will produce success. They are more likely to attribute good outcomes to their actions, and bad outcomes to bad luck. For example, 94 percent of men rate themselves in the top half of male athletic ability, and a vast majority of people say they are above average drivers. But executives are particularly prone to overconfidence, often when tasks are difficult, when competition is based on one’s own perceived skill, and in situations lacking quick and clear feedback. They also tend to overstate the features and benefits of their own cultures to job applicants. Yet a recent Gartner survey of over 7500 employees and 190 HR leaders shows that what leaders say and how they behave impacts only 1 percent of the alignment between the workforce and culture.

Complex social change is much more a function of social ties and network characteristics than individual leader influence. Malcolm Gladwell’s bestseller The Tipping Point suggested that exceptional and highly connected people change the world. The real story is more complicated. The research on social diffusion makes clear key influencers are no more likely to be influential in complex change than average employees. Without sufficient social structure to bring people together — offices, functions, departments, project teams, affinity groups, and similar formal and informal organizational structures — the spread of cultural norms and practices is highly unlikely.

Studies by Damon Centola (2018, 2015) at the University of Pennsylvania used sophisticated modeling algorithms to shows how social networks are the product of relationships formed by individuals based on common interests and motivations, as well as by institutional factors such as roles and organizational structures. Social ties are not random: we affiliate with those who share our interests and concerns, and those who live and work in physical or organizational proximity to us. This directs as well as limits our everyday interactions. And the greater the social distance between people, the fewer opportunities they will have to form ties. While it might take an influential leader to establish the idea of a movement, complex change is not possible without a whole network of social dynamics — a key leader or influencer is not enough.

Language alone does not change culture. When the President of the United States can make racist and inflammatory comments on Twitter one day and a mass shooting related to racism occurs on the next, it’s tempting to claim language impacts culture. The emphasis on internal marketing campaigns as a culture change lever, or on leaders “setting” culture by what they say, is based on this same assumption. We assume if we just get the words right, that will produce the behavior we want. This belief is so deeply embedded in the pop-culture-of-culture that even American football coaches and sports writers extoll the virtues of motivational slogans on T-shirts to instill a culture. This is one reason why culture change is often approached as a problem for the corporate communications team.

Language alone cannot permanently change culture. Cognitive linguists have demonstrated we have many more thoughts, ideas and feelings than we can speak or write — and cultural knowledge is more than what can be conveyed through words alone. Language may reflect some aspect of a culture, yes, but it should not be assumed language is culture. To expect slogans or posters in the office or beautiful speeches will shift a culture is nowhere near enough. It’s like putting a sail on the tip of your iceberg and hoping the iceberg goes in the direction you want.

A more up-to-date way to think about the relationship between leadership and culture is through the lens of purpose and power. Organizations do need leaders to establish compelling visions and purpose, and evangelize desired values and behaviors. Leaders should indeed set aspirational goals, or inspire a desired future state, for that is something leaders are uniquely positioned to do. To the extent that future state is motivating to a majority (itself a complex process), that will contribute to the formation of shared mental models (aka implicit logics) among the majority. These logics are the underpinning of culture.

In this era of massive disruption and social change, organizations need to fundamentally rethink business models and transform or risk obsolescence — and that includes the role and relationship of leaders to culture. Until we detach from the myth that leaders are the key drivers of our corporate cultures, we are going to be unable to make the changes and set the directions that will sustain our businesses in the future. Certainly there is a material cost to holding on to myths, and a cost to ignorance. The cost may be deferred, in the same way continuing to smoke relieves stress in the moment. But eventually, it has consequences.

tweet
share on Facebookshare on Twittershare on Pinterestshare on LinkedInshare on Redditshare on VKontakteshare on Email
David G. White, Jr., Ph.D.June 26, 2020

David G. White Jr, PhD, is a partner and co-founder of Ontos Global, and a cognitive anthropologist focusing on new approaches to organizational culture and change based on the emerging science of the cultural mind. At Onto Global he helps organizations manage and sustain transformation, working with companies such as ITT, Fidelity Investments, Pratt & Whitney, and CVS. Prior to Ontos he held positions at Microsoft, Mercer HR Consulting, and Lotus Development (IBM). He is also a professional jazz guitarist and composer. His new book is Disrupting Corporate Culture: How Cognitive Science Alters Accepted Beliefs About Culture and Culture Change and Its Impact on Leaders and Change Agents (Taylor & Francis, July 2020). David G. White, Jr., Ph.D. is an opinion columnist for the CEOWORLD magazine. Follow him on LinkedIn.
view all posts