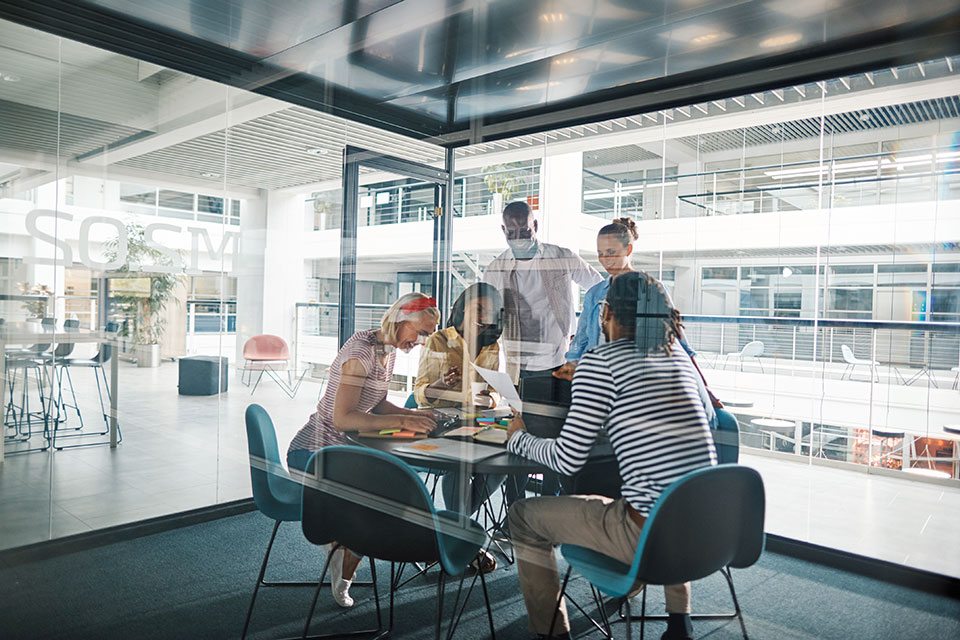 For the last 200 years, the office has been the workplace of choice for many employees. Everybody in a team came to the same office at the same time to work the same hours every day. It was not just easier; it was essential for getting work done. The office was where the files were stored, the secretarial staff was available, the meetings were held, and so on.

Technology has obviously removed many of those restrictions, and employees everywhere want to choose when, where, and how they work. The evidence is compelling – for example:

In survey after survey, flexible work consistently tops the list of employee perks – to the point where it’s no longer considered a “perk”, but a basic expectation of the workplace. This is even stronger with younger people: 50% of Generation Y and 44% of Generation Z consider workplace flexibility “very important” in choosing where to work (2018 Deloitte Millennial Survey).

Make no mistake – the best people expect it now, and it could be a significant factor in whether they choose to work for you (or stay with you). This has become especially important for Australian employers, now that the Fair Work Commission has added a clause to awards that make it more difficult for employers to deny flexible work arrangements.

If you’re a leader who wants to attract and keep the best people, offering flexible work seems like a no-brainer, right? Not so fast! It’s a good idea in principle, but it’s not always so easy to put into practice.

Many organizations start by tackling the infrastructure and processes needed for flexible work – such as IT infrastructure, HR policies, legal issues, virtual meetings, employment contracts, occupational health and safety, fairness and equal access, and performance management – to name just a few.

But, as big as these issues are, they are all relatively easy to address. The biggest barrier to flexible work is the leader’s mindset. In other words, the biggest problem might be you!

When people work together in an office, you see when they arrive (especially if it’s late), when they leave (especially if it’s early), when they take breaks, and whether they’re “busy”. When you offer flexible work, it’s normal for people to arrive late, leave early, work from home, work from co-working spaces, work on public transport during their commute, work at night after putting the kids to bed, and so on. Instead of monitoring their processes, activity, and time spent in the office, you must measure the results they achieve, the quality of their work, and their contribution towards achieving your goals.

In other words, you must change your focus from inputs to outputs.

That sounds easy, but it’s not. And the more experience you have as a leader in a traditional office environment, the more difficult it is to change your mindset.

The trap is that measuring inputs used to work – or at least, served as a useful rule of thumb. The people who always turned up late to work (with a different excuse every day), always took extra-long breaks, or never stayed behind to help the team meet a deadline were probably the weakest performers. But, in the modern workplace, you can’t – and shouldn’t – assume these behaviors correlate with performance.

Make no mistake – your team members also understand the old mindset of work. In their  Global Talent Trends Survey, Mercer reports that 36% of Australian workers worry that flexible work affects their promotion opportunities. This is their perception, of course, but often it’s also reality.

Old habits are hard to break. But if you don’t make the shift, you won’t attract the best people, and those you have now won’t stay. Changing your mindset is essential if you want to build and lead a high-performance team.

Written by Gihan Perera.
Don’t miss:
The Biggest Tech Billionaires Winners And Losers Of 2019.
The World’s Most Powerful Militaries.
The 26 Most Popular Islands In The Caribbean, 2019.
World’s Most (And Least) Expensive Cities For Taxis.

tweet
share on Facebookshare on Twittershare on Pinterestshare on LinkedInshare on Redditshare on VKontakteshare on Email
Gihan PereraDecember 6, 2019