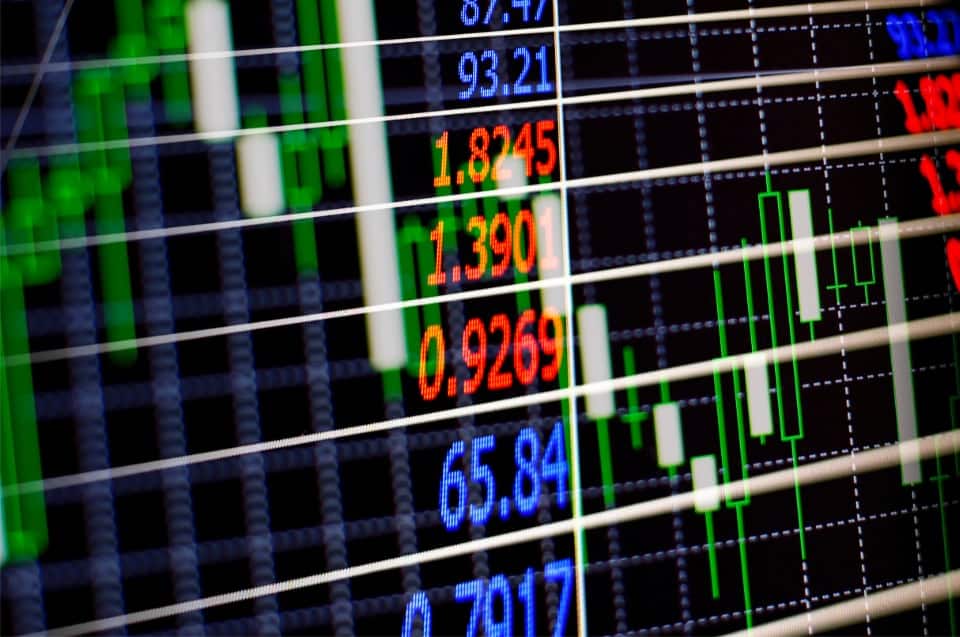 A downturn in the American economy will hurt the US stock markets, but a sell-off on Wall Street won’t necessarily damage the American GDP growth quite as much– it’s another sign of changing macroeconomic dynamics.

It is well-known that since the global financial crisis, the American GDP growth has been doing fairly well. A part of the explanation is found among the private households as their economic conditions have improved during the past decade, at least it’s the case for some households. Just before the financial crisis, the total US household debt amounted to 98.6 pct. of GDP though that ratio has, over time, decreased to 75 pct. (graphic 1). This is quite noteworthy, and a reason why for example the US housing market has been in a steady for years. But, on the other hand there is also a reason why the housing market has not been overflooded by new buyers despite the falling debt ratio among the households. 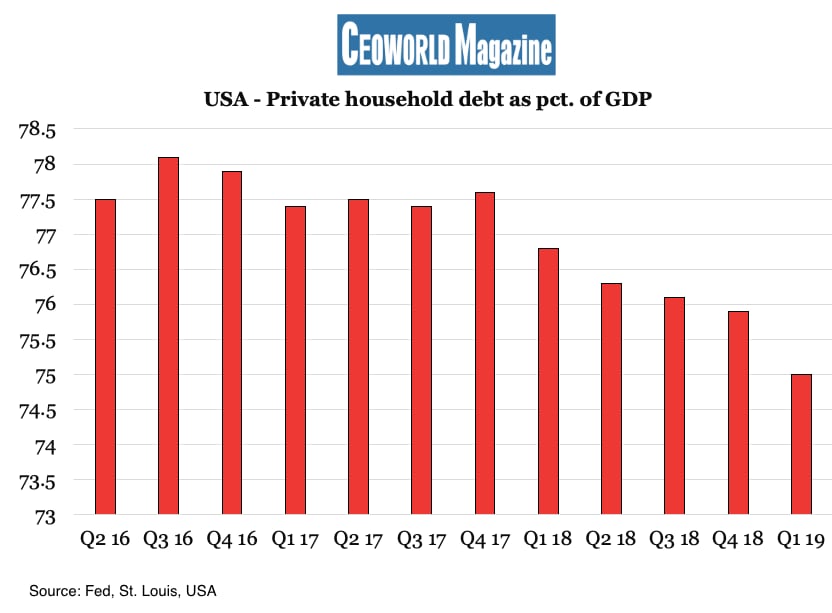 A growing number of workers in the US are employed in low salary service jobs and more people need to secure one or two extra jobs in order to make a living out of their incomes. From a macroeconomic perspective, and especially from a large corporation’s view, the extreme flexibility that the individual American employee shows might sound tempting. The increasing number of self-employed consultants and freelancers add to the flexible workforce, which again, help the listed companies on Wall Street optimising their flexibility, and potentially their profitability.

As graphic two shows, 53 Mio. people had a freelance job in 2014 in the US, while it is estimated to have increased to 57 Mio. this year, and some predict that the number will be 90 Mio. in 2028. It is by far, not only because freelancers in the United States cannot get a permanent job that they become freelancers. On the contrary, this type of work fits into a changing lifestyle, and others choose this work life because they can immediately earn more as a freelancer than by doing the same work as a permanent employee. 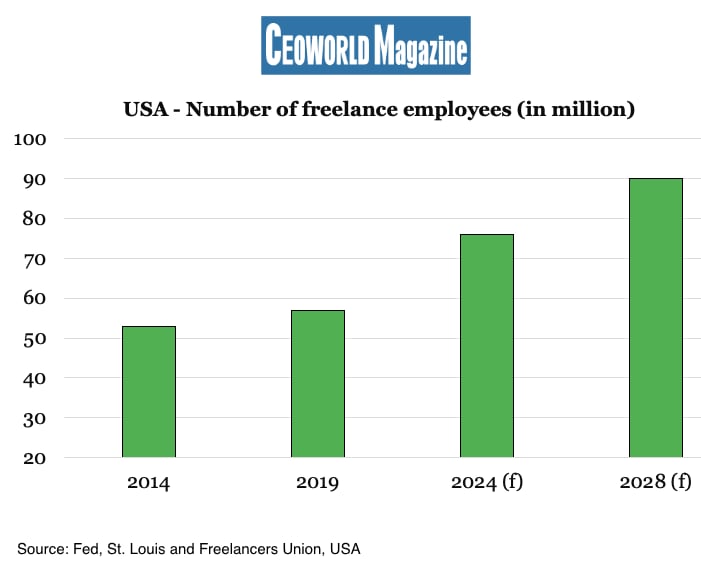 But the exploding number of freelancers also contains the truth about all the self-employed consultants and freelancers that need to work many hours to earn a living. This number of low-paid freelancers in the labour market is growing together with the increasing proportion of workers who are permanently employed in low-wage jobs.

The described structural changes are just some of the reasons why it’s more difficult for central bankers and economists to use existing economic models to predict future economic developments. The labour market simply behaves differently, but I look at an even bigger effect. Low earners represent a growing share of the private households in the US, and this group of the labour market might, under normal macroeconomic conditions, have been able to make a living having just one job. But during tougher economic periods, the same people will have to work more hours each week, forcing them to take in an extra job or two. This growing share of low-income households represent one of the long-term shifts among American consumers, as middle-income jobs and households have been shrinking since decades.

Fundamentally, it’s a long-term trend, but it also has implications for current investment decisions, and of course, for strategic decisions. What I argue is that almost regardless of the GDP-growth rate,  a growing number of households in the US are living under survival economic conditions, i.e., a growing part of the private American economy is becoming what I would describe as a “survival economy”. This increasing group of consumers will tend to consume the same, measured in absolute terms, where the variable is how many hours it is necessary to work per week, just to keep living on a survival level.

This has an impact on wage inflation and the inflation in general, but it also makes it easier to predict the results among the businesses that specifically sell to the low earning household segments, which again make investments in these companies particularly attractive during periods with a slowing economy. As mentioned, the extreme flexible labour market may seem tempting for American companies, but I assess the growing survival economy as a long-term threat for the US economy. A strong economy must be agile and flexible, but I argue that if the “survival economy” spreads, then a growing part of the consumer-driven American economy will become very static. It will also become outspoken that the middle-class income households are increasingly missing, those who spend the extra money when the economy is in an upturn.

Though I expect the growing survival economy to have one important, and basically positive, effect for the robustness of the US economy. For decades, the middle-class households traditionally put some money aside for savings and invested these in stocks. For the same reason, the middle class would feel a wealth setback when Wall Street dropped too much. In such a case, the natural reaction among all households anywhere in the world is to cut consumption, i.e., a negative stock market in the past decades was a threat to lower household spending.

The growing survival economy means that fewer and fewer American households have any savings at all, and certainly not enough to invest in stocks. The consequence is that fewer households will feel any wealth setback if Dow Jones drops with, for example, 20 pct. The survival households will simply continue to consume the same. Almost ironically, I expect this growing block of survival households in the US to become a stabilizing factor for the private consumption, and it is one of the reasons why I have argued since a couple of years that an economic recession is very unlikely. It’s another argument as to why Wall Street won’t drop significantly in the near future– it is being rescued by the growing number of survival household economies.

Peter Lundgreen is the founding CEO of Lundgreen’s Capital, the leading independent advisor to Danish municipalities. He is armed with a solid 30-year experience in the finance industry and has been sharing his financial and economic know-how through finance advisory over the past decades. Although based in Denmark, Peter’s expertise transcends the European financial zone and market as he was able to successfully create a high level of proficiency and competency over major global economies and financial markets, particularly in China. Peter Lundgreen is an opinion columnist for the CEOWORLD magazine.
view all posts