CEOWORLD magazine - Top Stories - Business Luxury Lifestyle - Ranked: Countries With The Most Millionaires In The World, 2019 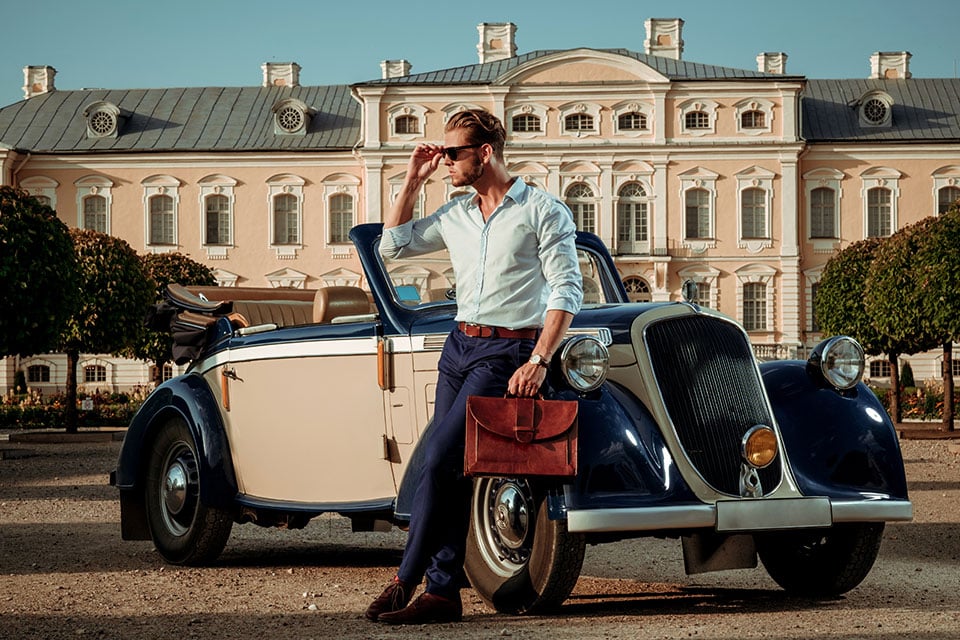 With almost 47 million people in the world now laying claim to fortunes over $1 million, the super-wealthy millionaire club is growing quickly.

The United States alone claims 18.6 million people with a net worth above $1 million — that’s nearly 40 percent of all the world’s millionaires and more than the next eight nations combined. Below, the CEOWORLD magazine has ranked the 45 countries with the most millionaires — that’s all fortunes above $1 million — based on Credit Suisse’s annual wealth report. The number of dollar millionaires in the United States increased by 675,000 last year to 18.6 million.

The United States still has the most millionaires of any other country, with a total of 18.6 million, compared with 4.4 million in China (No. 2). Japan ranks third with 3 million millionaires.

India has about 759,000 millionaires, and its population is getting wealthier quickly, according to the report. India ranks 13th worldwide in its total number of millionaires. Net worth, or wealth, is defined by the report as the value of financial assets plus real assets, mainly housing, owned by a household, minus its debts.

Which countries have the most millionaires?

Top 10 countries with the most millionaires in the world, 2019 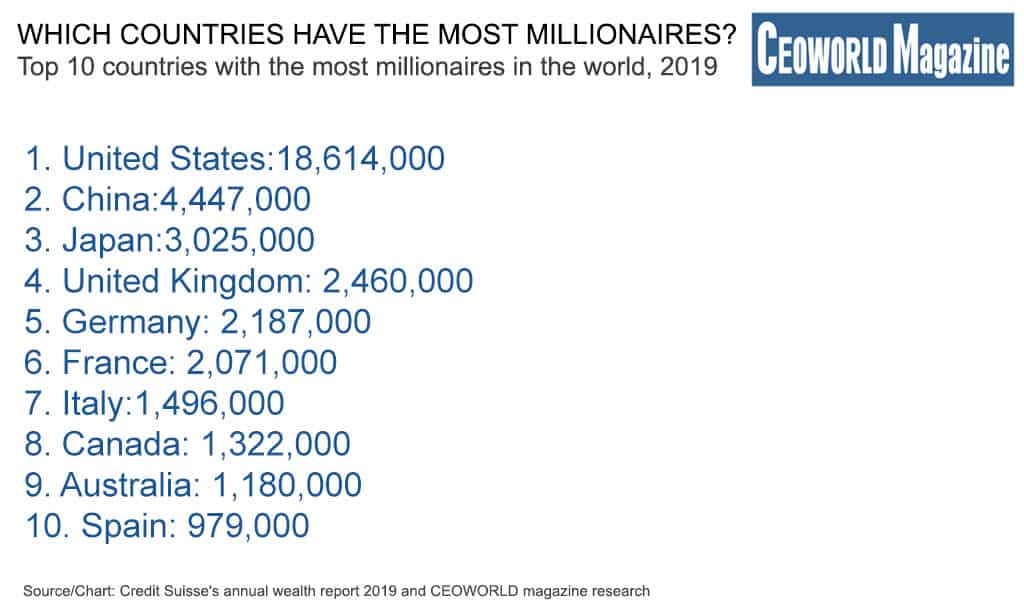 CEOWORLD magazine - Top Stories - Business Luxury Lifestyle - Ranked: Countries With The Most Millionaires In The World, 2019

tweet
share on Facebookshare on Twittershare on Pinterestshare on LinkedInshare on Redditshare on VKontakteshare on Email
Anna PapadopoulosNovember 1, 2019

Lisa BrownStats Gate
As of  December 4, 2022, Alon Musk was the wealthiest man in the United States, with an estimated net worth of...

Lisa BrownStats Gate
As of December 4, 2022, Michael Platt was the wealthiest man in the United Kingdom, with an estimated net worth of...