CEOWORLD magazine - Top Stories - Business Travel - These Are The Top 20 Airlines With The Best Cabin Crew, 2019 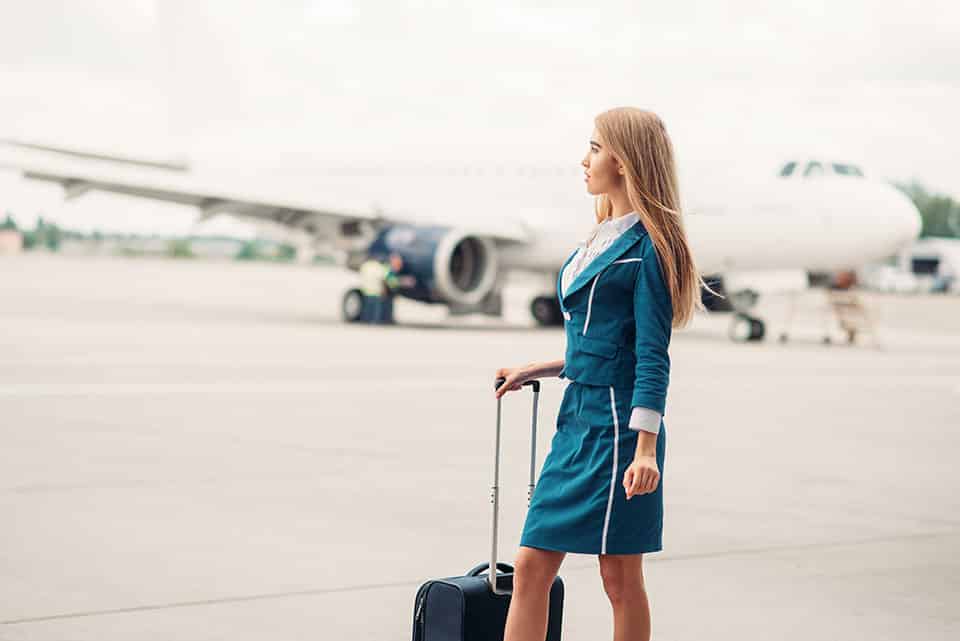 New awards have ranked the world’s best airlines based on cabin crew’s friendliness and enthusiasm to efficiency and attention – where did British Airways and Lufthansa come? The airline with the best cabin crew in the world is the national flag carriers of Singapore – Singapore Airlines.

Indonesian’s national airline Garuda Indonesia came in the second position, according to Skytrax. Japan’s ANA All Nippon Airways – came in third place. In alarming news for Europe, no European airline featured in the top 10 for the World’s Best Airline Cabin Crew 2019.

British Airways and Lufthansa were nowhere to be seen in the top ten but, perhaps more surprisingly, nor was any American airline. Three European airlines popular with air travelers did feature in the top 20 list for 2019, though.

Austrian Airlines was voted as the airline with the best cabin crew in Europe while Qatar Airways won the accolade for the Middle East.

Which Airline Has The Best Cabin Crew In The World? 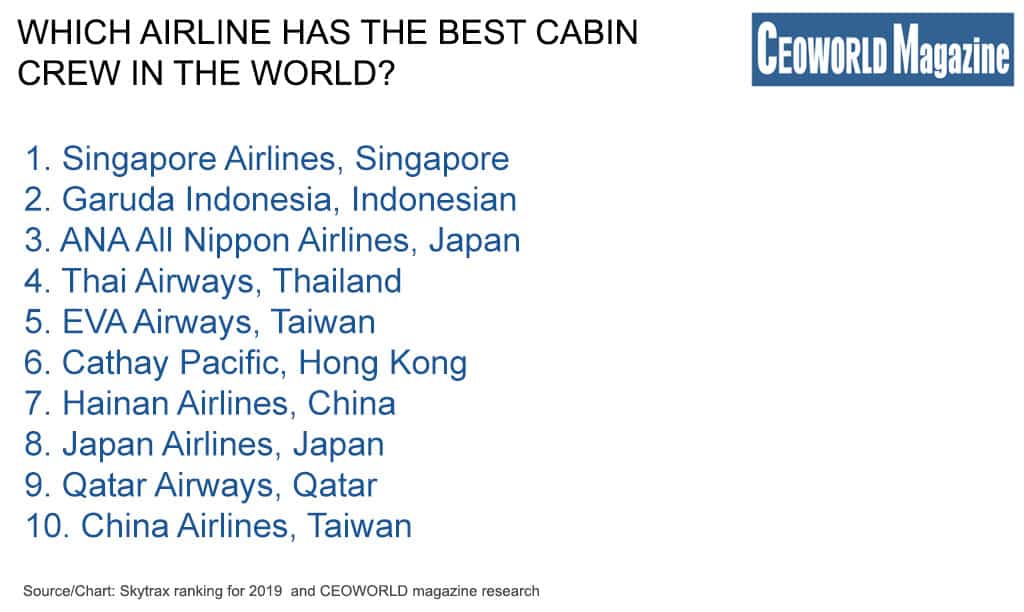 CEOWORLD magazine - Top Stories - Business Travel - These Are The Top 20 Airlines With The Best Cabin Crew, 2019

tweet
share on Facebookshare on Twittershare on Pinterestshare on LinkedInshare on Redditshare on VKontakteshare on Email
Emma LondonNovember 1, 2019