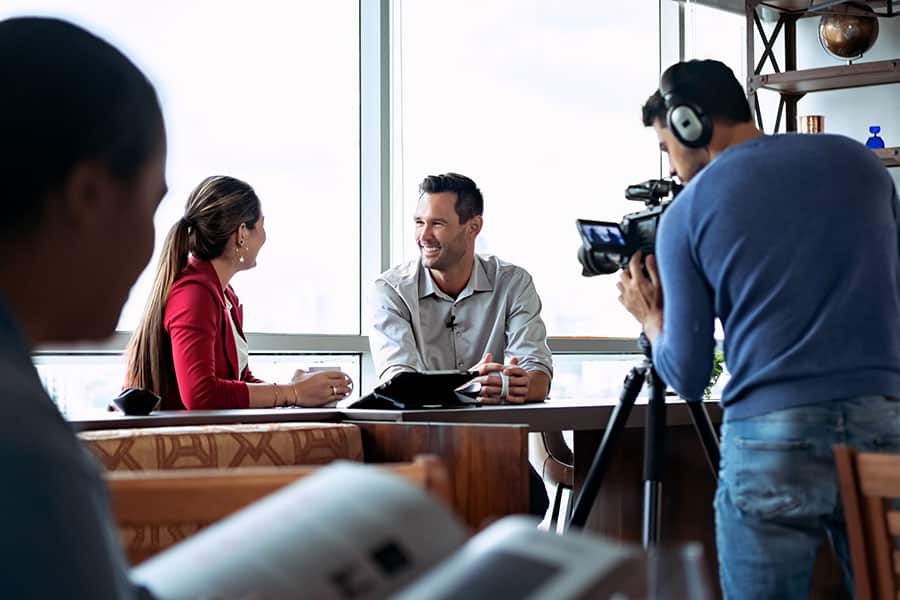 In the early days of the internet, the news was always free. In a race to secure eyeballs over subscriptions, every publication launched a website and gave away free access to their content—even while still charging print subscribers. That experiment worked for some publications, but not for others. We’ve seen a comeback in the notion of a “paywall,” a subscription needed to access what used to be free content, as younger consumers have begun to embrace the idea of paying for quality journalism.

Yet, from the beginnings of the internet age, the Wall Street Journal (WSJ) never caved. It has stood behind its paywall since 1997, trusting that customers interested in its content would pay upwards of $200 a year for it. There were exceptions from time to time—if a WSJ story was shared on social media, nonsubscribers could often read it—but the paywall has stood solidly, and it has helped the publication accumulate nearly 3 million combined paid subscribers for its print and online content. That is, until recently.

The WSJ has begun a grand new experiment using machine learning and user profile data to help open up the paywall on a trial basis for potential new subscribers. When nonsubscribers arrive at the site, an algorithm instantly “scores” the visitors on more than 60 different factors, such as their frequency of visits and the kind of device or operating system they’re using. Then, based on the resulting score, their paywall tightens or loosens depending on whether the algorithm believes the visitor will convert into a subscriber.

Users who seem most likely to convert—what the WSJ calls “hot leads”—hit the hard paywall. But for those visitors who may be less likely to subscribe—the so-called warm and even cold leads—the paywall opens up to give them guest access for a limited time, if they’re willing to hand over their email address. The whole idea is to hook them on the content while also gathering more data about them and what they do on the site. As Karl Wells, WSJ’s general manager for membership, told an interviewer:

“If you think about paywalls broadly, there have been metered, freemium, and hard paywalls. Metered considers people who will want to read more than, say, five stories. Freemium assumes this and not that is the type of content people will pay for. This is what we’ve tried to move on from. Our model now is to flip that and start with the reader. The content you see is the output of the paywall, rather than an input.”

The WSJ isn’t the only site experimenting with this kind of predictive and dynamic paywall. The Financial Times has been using a similar model for years. Meanwhile, a Scandinavian media company called Schibsted, whose publications had been free online since 1995, has begun scoring visitors on their likelihood of subscribing using information it has paired from Facebook and then customizing ads touting the benefits of becoming a subscriber. The prediction model gives the website’s sales and marketing teams information they can use to target different groups of registered users with different digital subscription packages.

The list of subscribers, and all the associated data about their behavior, is a hard asset. A newspaper or magazine built to compete in the future knows its users’ names and where they live, what they do online, and, through cookies, some of what they do on other sites. The publishers can link someone’s name and address to offline data, such as home value, credit card use, and even when he or she last voted. And in that, there is value.

Old Media Models Are Melting Down

We’re now in the midst of a meltdown of the old media business models. Real-time bidding and ad placement strategies have blown a hole in the idea of “building an audience and selling it.”

Because any desired audience can be assembled in real time, with ad placements across thousands of sites, media companies no longer have a lock on their audiences. They can opt out of placing display ads from big auction ad exchanges and allow their remnant ad inventory to go unsold. Or they can accept those discounted ads and get paid far less than in years past.

As a result, for a media company in the twenty-first century, there are three primary ways to remain relevant and make money:

The Traffic Grabber. One way to sidestep the loss of revenue is to aggregate more eyeballs. A lot of eyeballs. A media company that adopts this strategy is no longer about a consistent collection of content. It’s simply about more and more traffic. That means celebrity news, silly videos, and anything else that will generate viewing. Yahoo! is a good example.

The Data Hoarder. Traffic is worth more if a site knows more about a customer. Taking this to its logical conclusion, a site that assembles the most data can sell its advertising avails and knowledge for the highest amount. Sites like Google and Facebook have vast amounts of knowledge about customers, which makes their ad avails worth far more.

The Pinpoint Targeter. Sites like the Los Angeles Times have specific information about visitors that’s hard to come by elsewhere—such as a local address paired with online behavior. CNET’s Download.com knows what software people are using. Amazon knows what people have bought. These sites can turn this knowledge into unique value for advertisers.

Broadcasting companies, newspapers, and online publishers are always moving slightly among these three roles, but the one place a media company will no longer succeed is in the dataless zone of the broadcasting middle. If a site has average traffic and moderate, generic data about its customers, it used to have a business. But in the age of the Invisible Brand, it’s toast. So what will your media model be?

# Spiritual Lessons For CEOs And Business Leaders.
# These Are The Most Beautiful Mountain Ranges Of The World, 2019.
# Why Our Old Approach to College Is Putting a New Generation at Risk by Mark C. Perna.
# Leading On Innovation Time by Alf Rehn.
# Ranked: The 15 Cities With The Most Billionaire, 2019: New York And Hong Kong Tops.

tweet
share on Facebookshare on Twittershare on Pinterestshare on LinkedInshare on Redditshare on VKontakteshare on Email
William AmmermanJune 4, 2019

William Ammerman is Executive Vice President of Digital Media at Engaged Media Inc. and has previously held leadership positions with Tribune Media, Hearst Television, and Capitol Broadcasting. Over his career, he has managed digital advertising for hundreds of television stations and their websites, mobile apps, and connected platforms. He is the author of The Invisible Brand: Marketing in the Age Of Automation, Big Data, and Machine Learning and writes about marketing in the age of AI at MarketingandAI. William Ammerman is an opinion columnist for the CEOWORLD magazine.
view all posts