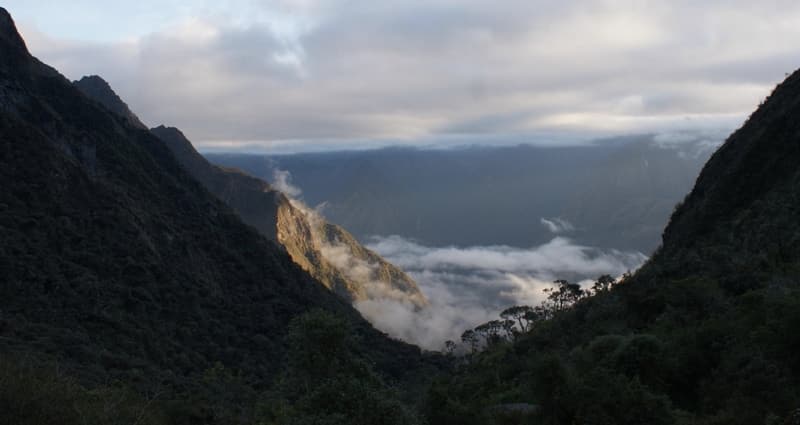 There is nothing more peaceful than climbing unexplored mountains and walking down the roads untaken. Sleeping under the starry skies and the nature in its raw form are worth cherishing. The world offers abundant trekking routes, which can leave trek-lovers like you and us bewildered as to which mountain to climb.

The community of trekkers is stronger and larger than ever, and we, being a part of it, curated the top 10 treks in the world for our fellow trek-lovers!

Here are top 10 best treks in the world.

Inca Trail, an ancient trail as long as 33KM, is led by thousands, if not millions of people every year. It commences at Sacred Valley and concludes at Machu Picchu. Inca Trail is one of the most beautiful treks in the whole wide world, consisting of views of snow-capped Andes and even tropical jungle. All of this, and more, makes Inca Trail the most famous trek of South America.

How about trekking to the base of the world’s largest mountain? Everest Base Camp trek is a three-day trek leading you to a height of 5,545m. It is undeniably a difficult one to conduct because of the high altitude and trek route. Dizziness is common until you are able to acclimatize; although the views are breathtaking!

During the summer months, Northern Sweden is no less than heaven for trekkers. The trek commences at village Absiko and concludes at Hemavan. There would be abundant shelters for you to rest and spend the night at. The Kungsleden trek is a 275-mile trail and you would be walking down the untouched wilderness and endless sunshine (quite literally!). Adding to the beauty of the trek, you may find a couple of reindeers on your way!

Carved over centuries by the Virgin River, this 26km journey is one of a kind. The Narrows trek in Zion National Park consists of river route, which means a significant part of your trek would be spent wading. The trek can be completed in a day’s time, although a lot of people prefer spending a night at one of the park’s 12 camp grounds.

Haute Route, meaning high route, is about 111 miles long and it takes around 12 days to complete it. This trail commences from Chamonix valley in France and concludes at Zermatt, Switzerland. On the way, you get to have a good look at Mont Blanc, the Matterhorn and a couple of other world’s most famous peaks.

This trek stretches for 20miles and takes almost 3 days to complete. The trail passes through Fiordland and Mount Aspiring National Park, which means there’d be plenty of wild birds in sight. In addition to this, Routeburn Track has mesmerizing sceneries and waterfalls to offer.

The Indian side of Himalayas, the world’s greatest mountain, usually remains isolated. If you don’t mind being in isolation, Himachal Pradesh has abundant of trek options. One of the most beautiful (and difficult) trek is from Spiti to Ladakh. This 24-days trek is a challenging walk and the altitude is really high.

One of the toughest treks, The Snowman Trek takes 24 days to conclude. Best done in October, the trail makes you cross 11 passes and 14,000 feet along the Tibet-Bhutan border. Plenty of Buddhist monasteries can be witnessed at the sides of the cliffs and many small villages come to pass.

Set in the plains of West Africa, Pays Dogon trek is a hidden gem. Lasting anywhere between two to ten days, this trail takes you to Dogon villages, which can prove to be a highlight of your expedition. Africa’s most astonishing region, land of the Dogon, is a place you shouldn’t miss exploring!

One of the most beautiful hikes in the world, Annapurna Circuit has been an ancient trade route since 1970s. With a length of 100-145 miles, this trek can take anywhere between 15 to 25 days to complete. During Annapurna Circuit, experience the sunrise over peaks at Poon Hill and altitude of over 18,000 feet at Thorung La summit pass. Throughout the journey, you would find accommodation to rest and spend the night at.

The aforementioned treks are few of the world’s most famous and worth-experiencing treks! Do these mentions make you want to pack your bags and depart for an expedition of a lifetime? Don’t forget to share your experience with us!

tweet
share on Facebookshare on Twittershare on Pinterestshare on LinkedInshare on Redditshare on VKontakteshare on Email
Bhavishya PahwaMarch 8, 2019