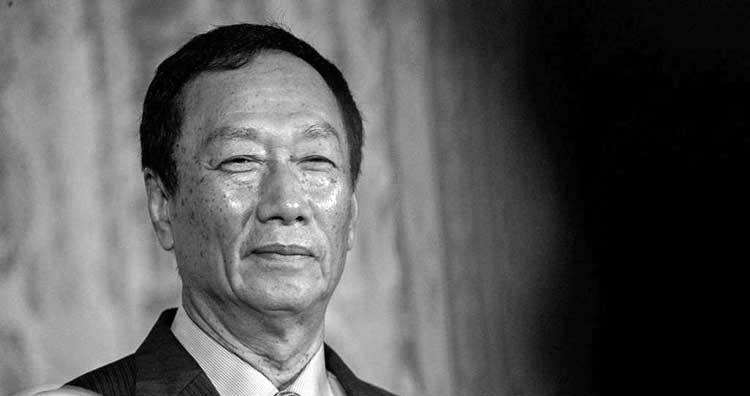 With a net worth $7.3 billion, Hon Hai Precision Industry founder Terry Go has been named the wealthiest businessman in Taiwan, according to the CEOWORLD magazine’s Taiwan Rich List 2018.  It was a volatile year for the Taiwan 50 richest: only 37 of Taiwan’s 50 wealthiest people are billionaires —- Lin Chang Su-O (ranked: 22nd, net worth $1.78 billion) – widow of real estate mogul Lin Rong San of Union Enterprise Construction and Shirley Kao of Uni-President (ranked: 40th, net worth $970 million) are the only 2 women on the list of the nation’s wealthiest people.

To identify the richest people in Taiwan, CEOWORLD magazine reviewed a wealth of sources, including news sites Bloomberg, Forbes, and Wealth-X — to find those with the highest to-date net worth. The top five Taiwanese richest tycoons were: Foxconn Chairman Terry Gou (net worth $7.3 billion); Wei family brothers (Ing-chou, Ying-chiao, Yin-chun and Yin-heng) of Tingyi, one of mainland China’s largest beverage-and-noodle makers (net worth $7.2 billion); Tsai Hong-tu and Cheng-ta of Cathay Financial Holding (net worth US$7.1 billion); Daniel Tsai & Richard Tsai of Fubon Financial Holding (net worth US$5.7 billion); and Tsai Eng-meng of snack food company Want Want China (net worth US$5.6 billion).

Lin Shu-Hong (net worth $3.9 billion), a cofounder of petrochemicals-and-plastics giant Chang Chun Group ranked No. 6 on the list.

tweet
share on Facebookshare on Twittershare on Pinterestshare on LinkedInshare on Redditshare on VKontakteshare on Email
Emma LondonNovember 13, 2018