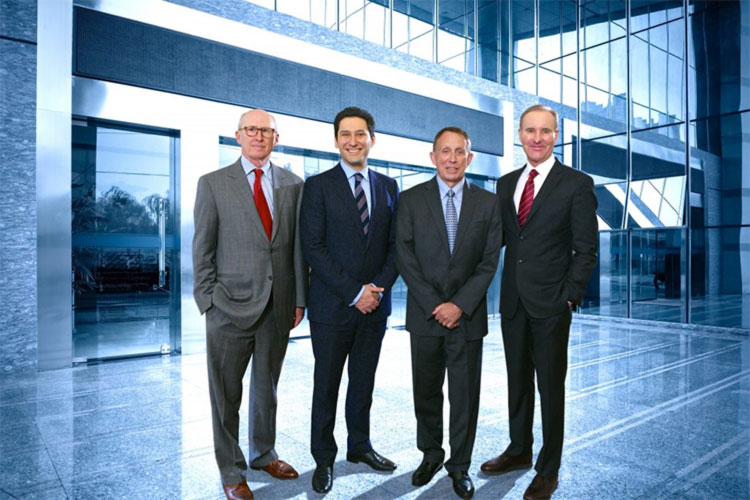 This year the trend continues. According to ISS Corporate Solutions, a consultancy unit of Institutional Shareholder Services, investors in the U.S. so far have submitted a record 66 resolutions about climate change in the 2018 proxy season. These stockholders have been emboldened by three climate change victories from last voting season that forced Exxon, Occidental Petroleum and PPL to disclose each year the impact on their business from global efforts to limit the rise in average temperatures.

What’s actually going on here is a seismic shift in sentiment on the part of some of the world’s largest institutional investors including BlackRock and Vanguard—who between them have $11 trillion under management and who both supported the Exxon shareholder proposal on climate change. Over the past decade we’ve seen a change in the way these institutions think about investing. Many of them now believe that a corporation’s responsibility is broader than maximizing shareholder return and involves social and environment issues.

While the activists and hedge funds who push for stock buybacks and dividend increases glean all the headlines, some 75% of the world’s stock market capitalization is held by long-term institutions such as pension funds and university endowments. For the most part, they, and not the activists, should be driving the business world. Today, a growing number of big institutional investors, including asset managers, pension funds and university endowments, are putting pressure on companies to adopt more rigorous environmental and social standards.

One of the biggest of such organizations is called Principles for Responsible Investing (PRI), which was launched in 2006. Globally, some 1,900 investors who cumulatively manage roughly $70 trillion in assets have joined this nonprofit. Says Abe Friedman, the founder and CEO of CamberView Partners, an advisor on corporate governance, investor engagement, and activism that counts over 170 companies, including nearly 50 Fortune 100 companies, as clients: “CEOs have never been under more pressure to show that they care about sustainability and society. It’s become really critical.”

Why the shift in thinking? For one, many in the millennial generation believe that business should be about a lot more than making money. In fact, the maximization of profits at all costs that we’re seeing in business these days is cooling millennials to the very idea of capitalism. A 2016 Harvard study, which polled young adults between ages 18 and 29, found that 58% of respondents do not support capitalism. Companies that pursue more responsible and purpose-driven business models like Unilever, which has made global warming and poverty alleviation part of its DNA, have been outperform their competitors because millennial employees and customers respond better to their cause.

At the same time, corporation want to preserve their political license to operate. Many Americans have become wary of corporate America, fearing they will take away their jobs and that threatens more backlash against capitalism. “The fundamental problem we have now,” says BlackRock’s Fink, “is that capital is taking the place of human beings in the name of efficiencies. Think about the U.S. We have 4% unemployment, a growing economy and things feel really good. Yet there’s this gigantic anger about the future. Capital is winning out and the owner of capital wins when machines replace humans.”

Consider for a moment the potential disruption that self-driving vehicles could cause. Tesla’s Elon Musk announced in late 2017 that he would build a self-driving electric truck.  That threatens the jobs of America’s 3.5 million truck drivers. A study by the McKinsey Global Institute found that a billion workers around the world could be displaced by automation by 2030.

So the business environment has changed, and CEOs need to respond. These big institutional investors want to help them to do it. If we want to preserve and strengthen capitalism—which until now has been the greatest creator of wealth in history—corporations need to operate in ways that restore trust in the system.

Written by: Dennis Carey is a Vice Chair of Korn Ferry and founder of the CEO Academy® (www.Ceo-academy.com). Brian Dumaine is a contributor to Fortune magazine. Michael Useem is professor and director of The Wharton School’s Leadership Center. Rodney Zemmel is senior partner at McKinsey and managing partner for New York, Boston, and Stamford. Together, they are the authors of the new release GO LONG: Why Long-Term Thinking Is Your Best Short-Term Strategy (Wharton Digital Press).

This article is published in collaboration with Wharton Digital Press – University of Pennsylvania.

Wharton Digital Press delivers business knowledge to readers wherever and whenever they need it through innovative and interactive digital technologies.
view all posts