CEOWORLD magazine - Top Stories - C-Suite Advisory - The Biggest Five: Here’s The Breakdown Of Which Country Spent The Most On Their Military, 2017? 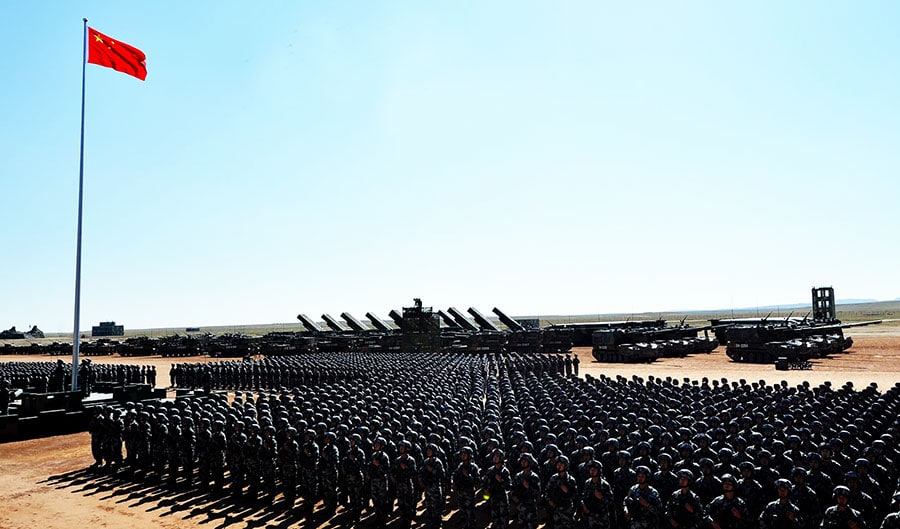 It’s no surprise that the biggest five military spenders in 2017, were the United States, China, Saudi Arabia, Russia, and India — together accounting for 60 percent of total global defence spending, according to a global arms spending report by SIPRI. Across the globe, military spending was estimated at $1.73 trillion.

Dominated by the United State and China, which spent $610 billion and $228 billion last year respectively – the list of the biggest military spenders in the world has remained largely consistent in recent years. India’s defence spending rose by 5.5% to $63.9 billion in 2017 and has now passed France.

The Biggest Five: Here’s The Breakdown Of Which Country Spent The Most On Their Military, 2017? 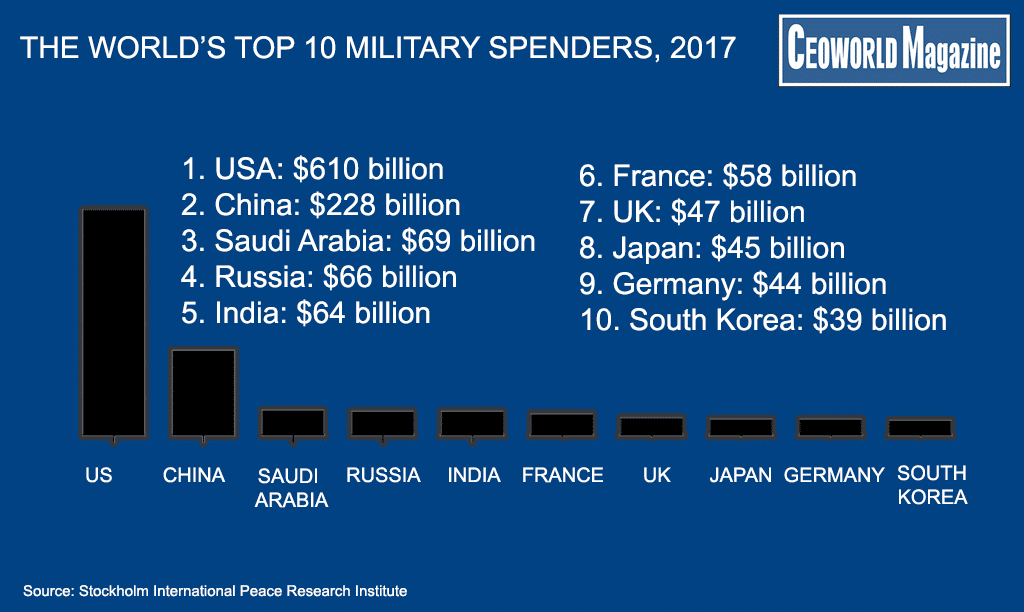 CEOWORLD magazine - Top Stories - C-Suite Advisory - The Biggest Five: Here’s The Breakdown Of Which Country Spent The Most On Their Military, 2017?

tweet
share on Facebookshare on Twittershare on Pinterestshare on LinkedInshare on Redditshare on VKontakteshare on Email
Prof. Dr. Amarendra Bhushan DhirajMay 2, 2018