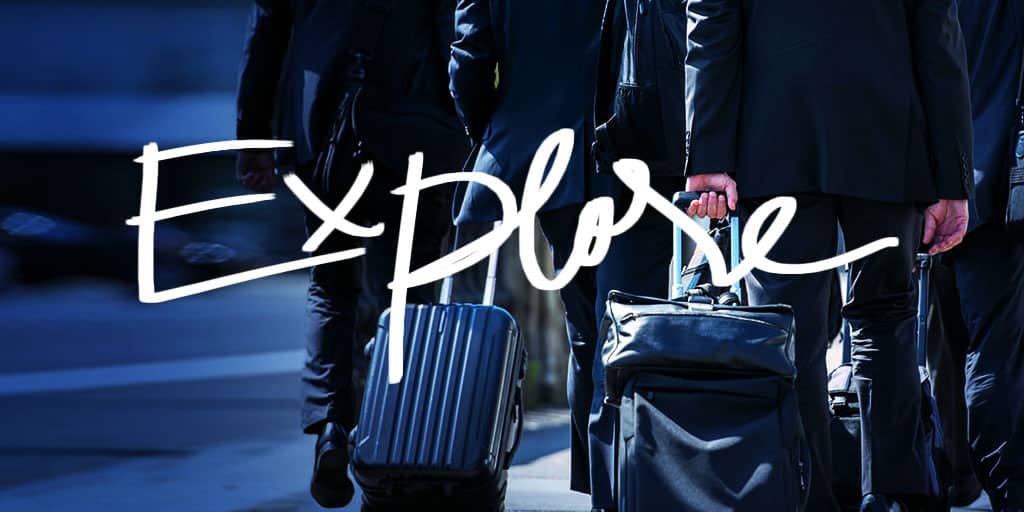 There is a common saying in our culture today, which is, “Success is what you make it.” It means to understand what is to be truly successful for oneself. However, the majority of people, even those who understand what true success is for them personally, do not make it.

Twenty years ago, at the beginning of my career I spent some time in New York City running to and from major music labels with just a backpack full of my CD’s and a dream, a dream to make it. I was knocking on doors and begging vice presidents to give me five minutes of their time. I was on the rise as a newcomer within the music scene but unfortunately during this period of my career my success was not consistent.

I had some wins with a few artists and projects but I also had some losses. Whenever a project of mine would get rejected, I would listen to the artists and projects that weren’t rejected and compare it with what I had. I soon realized I needed to make a change if I wanted to be truly successful in this business.

At one point a friend of mine mentioned to me that I should reach out and connect with more experienced people in the industry to help with the projects I was developing. I took her advice and put out business ads around the city for songwriters and producers.

The people I met through those ads did improve my projects, but still my success was inconsistent. As I continued pitching projects I was developing to the major record companies, I began asking the high level executives I was meeting if they would be willing to introduce me to the songwriters and producers they had relationships with. This change of approach from just asking anyone who answered an ad to going directly to the people who were at the top of their field and asking them for meetings is what changed my career forever.

Soon after the adjustment in networking I was introduced to one of the hottest executives at Sony. He had been on more than twenty platinum albums, and had multiple number one hits with artists such as Michael Jackson and Britney Spears. The minute I started working with him my career skyrocketed. It was like someone had flipped on a light switch.

What was once rejected was now getting artists multi-million dollar record deals, and presidents and vice presidents were now begging me to work with them. It was the change I needed and before I knew it I became the competition everyone wanted to beat or join, because I became one of the best by working with the best.

From that time on I made a commitment to not settle with working with anyone who wasn’t the best at what they do, and I applied this strategy to every facet of my career. I knew if I wanted to provide the best product I needed to work with the right people, whether it was a producer, songwriter, photographer, radio promoter, or web designer. This approach became a recipe for instantaneous success, not only for my achievements in the entertainment business but also in every aspect of my life.

The process I found for finding the right people is something anyone can do and I managed to narrow it down into five questions to ask before working with someone.

Are they at the top of their field?

If you needed a medical procedure that if it went wrong it could end your life, would you find the best doctor or would you just choose someone convenient? This might be an extreme example but someone who wants success, whether it is concerning their health or business, they need pick the person who is at the top. This means the person who is the most experienced, capable for the job, and has a record of success. Do not settle for someone who is convenient because it could come at a higher price than taking the time to find the top person.

Falling behind is a sure way to sabotage your chances of success in any field. Enterprise is run on whatever is the next best thing. With home entertainment it was VHS, then it was DVDs, and now its Blu-ray. The person you pick needs to be informed of the field around them. Ignorance is a vice that has destroyed many companies. Do not settle for last season thinkers, the future is bright for those who walk towards it with their eyes open.

Do they have good character?

You do not have to interrogate someone to make out his or her character, just listen. Get to know them. Character is critical when it comes to building relationships, and businesses are built on a network of relationships. Pay attention to what words they are using. Are they honest? Are they dependable? Are they respectful of money? Do they care about the client? A character flaw can be just as dangerous to your business as setting sail on a boat that has a hole at the bottom. You can try to fix it out at sea, but it will take away your time and money and will most likely sink all your hard work.

If you have ever watched a talent show in person or on TV, there comes a time when a particular person takes the stage. The contestants who performed before them were good, but this one sends chills up the judge’s arms. The moment they step into their element, they simply shine. They take the audience’s breath away with a gift the commentators can only say is from God. It is something the person has within them that neither skill nor passion can give. It is pure talent. Some people have it, some people don’t, and it is up to you to see who has it and how to apply it to reach its fullest potential to bring that person and your team to the next level.

Do they have a vision?

There is a verse in the scriptures that says, “Where there is no vision, the people perish:” Every business needs a goal to reach. It is imperative to know whether the people you work with share in your vision, and have the drive to make that vision a reality. Success starts in the heart, is fabricated in the mind, and accomplished through the body. If you want success you need to pick the person who can see and move towards what you deem is important and purposeful to conquer obstacles and achieve goals.

After twenty successful years in the music industry I have come across many dreamers who had a big goal but did not meet it because they were working with the wrong people. I have also seen many successes from dreamers who took the time and effort to find and work with the right people who in time brought them to the mountaintop where their goals were met and their dreams came true.

Do not wait for the right people to find you, find them. Pursue them with the same passion in which you pursue your dreams and you will find your work develop from good to great, from rejection to acceptance, and from disappointment to success.

Written by: Jason Davis, CEO of One One 7.

tweet
share on Facebookshare on Twittershare on Pinterestshare on LinkedInshare on Redditshare on VKontakteshare on Email
Jason DavisJuly 10, 2017

Jason Davis is President and CEO of One One 7.
view all posts