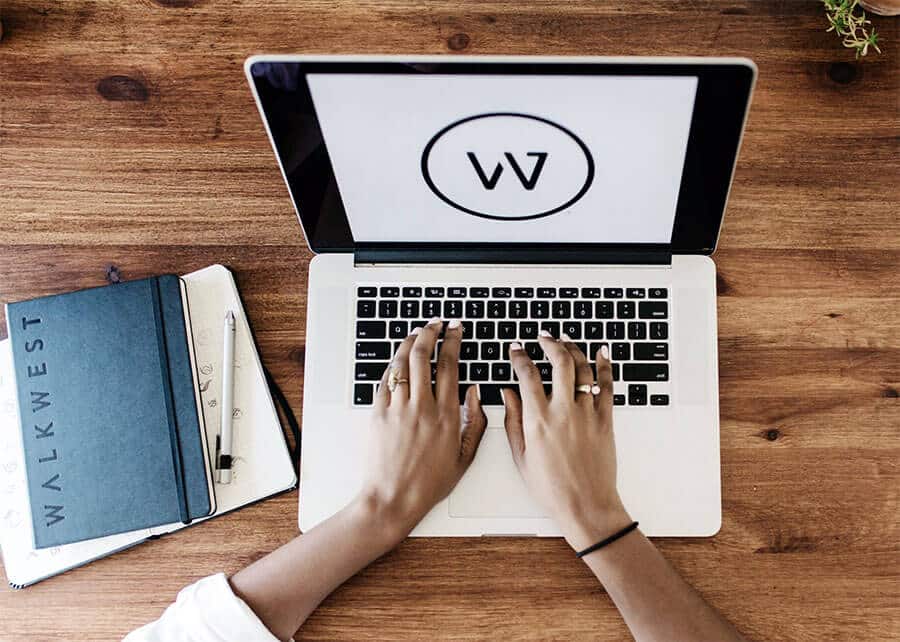 I started Walk West when I was a guy with a laptop and a dream. Looking back, that dream wasn’t complex, evolved, or even nuanced. The dream was not working for anyone else… and it really was as simple as that. Armed with a degree in Computer Science from North Carolina State University, I spent 2 years in industry working for large corporations. At 24 years old, I knew that wasn’t what I wanted, but I didn’t know what it was that I did. In August of 2008, I quit my fulltime job and ventured out for what was surely a bright economic horizon. Then September 2008 happened.

It comes as shocking when people find that I’m not a gambler. I’m actually rather risk averse. This is deeply rooted having grown up in rural eastern North Carolina to a blue collar family without a lot of resources. At age 12, I held full time summer jobs working to buy “luxuries” – school clothes or the occasional thing that I wanted. At age 14, I held after school jobs that prevented me from participating in extracurricular activities. From a very early age, I knew the value of a dollar and I knew that they were hard earned.

Risk aversion doesn’t necessarily mean you won’t or can’t succeed. Being too risk averse can be just as costly to success as disregarding caution. It’s all in how you evaluate and tackle risk. For me, it was not having the confidence to jump that held me back.

Understand and Evaluate How You Naturally Perceive Risk

Your personality plays a complex role in how you evaluate risk. For me, and in the early stage of my company, I didn’t know that risk was an emotional concept with years of reflexes built in to who I was. Although I couldn’t put a term to it, my behavior manifested itself in the pursuit of risk mitigation – especially when it came to money. I would play poker, but would feel terribly having lost a meager hand. Going “all-in” on a small pot was a big deal for me – and made me a particularly bad Texas Hold ‘Em player.

During the height of the Great Recession, when I saw a dollar, I threw it in the bank. Although I only paid myself $35,000 the first year, I was constantly playing the mental math as if I would never get another account. And if that happened, could I pay the rent? How long could I go without another account before I had to look for a job? Was it time to dust off the resume?

Little did I know that this behavior was actually risky behavior. I wasn’t mitigating risk, I was mitigating growth. I was in constant risk management mode on a microscale. I saw employees as what they cost as opposed to what they provided. I saw investment in marketing as a cost center as opposed to a rainmaker. I saw an employee bonus check as a drain on the checkbook instead of an investment in people.

Understanding that extreme risk aversion actually creates risk is the first step in overcoming it.

A Plan B Will Help Ease Your Mind

No one will remember you by your failures – unless it’s the last thing you do.

Very few things in life are sure bets. As you take risks, be ready to understand how you handle the underbelly of going big. Lawyers, accountants, CPAs, and advisors help you mitigate risk so you can take measured steps towards growth. Running and managing a company is a practice in risk management. From HR and hiring to project execution, it’s all in how you evaluate and understand risk. Having a plan B is never a bad thing.

And for the risk averse type, having a plan B will ease your mind – even if it’s a safety net you create for yourself. I never had the luxury of failing big and having family bail me out. We’re much too small for government to bail us out. If “too big to fail” is a thing, then surely “too small to bail” is as well.

A few years into the company, my plan B was confidence that I could certainly find a job. And maybe even a better paying one with better hours. Self confidence to rebound from failure was what helped me sleep at night when I lost a bid on a project.

What’s the best plan B when you lose a bid or a key account? Find 10 more to add to the pipeline. Sophistication in sales and marketing creates a near invincible team where no one thing can bring you down. And it’s actually more hunger than it is sophistication. Drive and motivation help suppress the fear of failure.

The greatest risk mitigating activity you can pursue is sales. Nothing fixes financial woes more than a bustling pipeline. I was always quite good at selling services and ideas. I’ve never fancied myself a salesman, but that’s exactly what I am. And for entrepreneurs and CEOs of small companies, you are your best salesperson.

Perhaps my greatest sales job was receiving our first round of investment. Although it wasn’t for a press release worthy amount, that money signified a lot of meaning for me – that what I was building was worth something to someone else too. Even when I was the only employee, I always used plural pronouns. It was always “we can do that” and never “I can do that”. I never once called myself a freelancer. That’s not scalable and has no intrinsic value to anyone but the individual.

Along with the money, I received attention from a seasoned entrepreneur who was invested in the growth of the company. The money represented shared risk to me. I wasn’t gambling completely on my own dime. I had someone else along for the ride who was in it with me. I wasn’t willing to take risks on my own and adding a counterbalance to that was what helped us explode.

Throughout 2015, we added employee after employee and saw revenue triple. And in 2016, we’re in yet another breakout year that will have us meet or exceed already aggressive projections.

And that growth capital we received? It’s still in the bank.

Adding people around me that balanced my risk aversion gave me the confidence to grow. And when you have a good idea and a solid foundation, sometimes the confidence is more important than the money. In this case, it certainly was.

The lesson here is that if you’re unwilling to bet on your own, seek out those that will help balance you out. You’d be surprised by the people who will volunteer their mentorship or who will even provide much more than that.

Are your employees aware of the UGRs?
8 College Degrees Aspiring Startup Owners Can Benefit From
ERP and Global Inventory Management: How innovations are helping businesses achieve better efficiency

Written by: Brian Onorio, CEO and founder at Walk West.

Brian Onorio is the CEO and founder of the digital-first marketing agency, Walk West, based in Raleigh, NC. Areas of expertise include discovery research, web design and development, marketing strategy, social media marketing, SEO, SEM, and content creation. The agency recently merged with a public and government affairs firm and now provides a fresh digital approach to issue advocacy.
view all posts