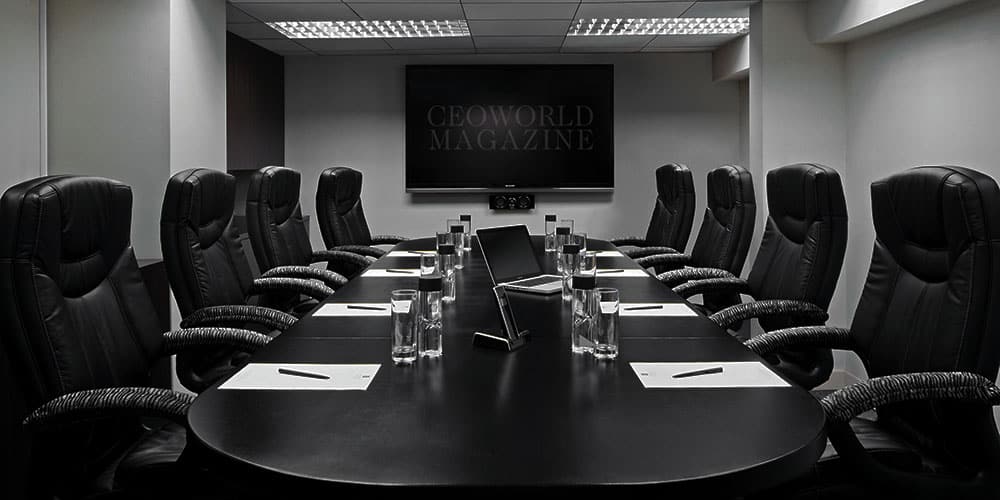 A new way to hire leaders and save your company tens of thousands of dollars per year.

There’s a universal feeling of anxiety when it comes to hiring or promoting new managers. Whether your hand is forced because a manager is leaving or being let go, or simply because a new management slot has opened up, hiring a manager can be stressful.

Since no other role has such a profound impact on team performance and output, choosing the right candidate for a management position can be a huge positive in any company. Managers, more than any other factor, affect the engagement of their employees. They and their teams also play a big role in the overall profitability, productivity, and culture of a company.

And since hiring leaders can cost anywhere from 150-213% of the leaders’ annual salary due to hiring costs and loss of productivity, you want to get this decision right. Add to that studies that indicate it can take anywhere from 26 weeks to two years for a leader to perform at the level of productivity of a leader who has been in the same role for three or more years, and now the stakes are really high.

All this combined puts a lot of pressure on hiring directors and HR managers. In order to minimize cost and negative productivity impact, it’s important for them to get the hire right with little room for error otherwise the hiring costs compound and the productivity clock resets.

In order to minimize the impact of lost productivity, many companies utilize a 90-day probationary window—a make or break period—during which they evaluate a new manager’s performance within a team to determine whether he or she is a good fit. The hope is that they will be able to identify ineffective or poorly fitting candidates early in order to minimize company impact if they fail.

Is a probationary period the most effective way to “weed out” less talented managers, or is there a better way to stack the odds of success in your organization’s favor?

To answer this question, let’s explore this “make it or break it period” with a corollary from the aviation industry:

There are few industries in which a “make it or break it period” is more pronounced than in the aviation industry.

In his book, The Killing Zone: How and why pilots die, Dr. Paul A. Craig, a longtime pilot, flight instructor, and aviation educator, set out to analyze the high accident rate among general aviation pilots.

During his study Dr. Craig found that 57% of fatal accidents occur in the first 50-250 flight hours.

This period of time was so pronounced and predictable that it was deemed “The Killing Zone;” the period of time in which good pilots succeed and where poor pilots are most likely to make a fatal mistake. 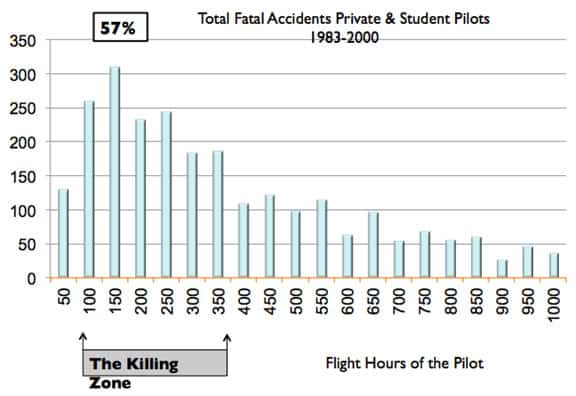 While the statistical representation of the data is sometimes debated, the analysis of this being the timeframe during which a pilot is at the greatest risk for a fatal accident is indisputable.

Habit and the art of scenario-based training

Dr. Craig has conducted research projects for universities, the FAA, and NASA that target the reason behind this bubble in accident rates. 99% of these accidents, he found, were preventable through improved pilot attitude, awareness, or training. Dr. Craig’s research teams concluded that most of these accidents could be prevented with a greater emphasis on “scenario-based flight training.”

During pilot training and the first experiences of solo flight, a pilot is creating habits that will form reactions and mindsets for the rest of his piloting career. A pilot who creates positive habits of exercising due diligence, following safe practices, and having and executing alternate plans is more likely to have the capacity to avoid a fatal accident.

In other words, these accidents didn’t occur because a pilot was “bad;” they occurred because during the pilot’s initial flight hours did not include the creation of habits that would have resulted in the capability to avoid that particular accident.

Does muscle-memory occur in management?

While it’s easy to comprehend that pilots function primarily on “muscle memory,” does the same hold true for managers? Can willing and dedicated managers learn habits well enough during a short probationary period that will ensure their success within an organization?

Despite the verbiage “muscle memory,” muscles do not actually store memory or habit. Instead, these motor habits are stored in the same place all habits are formed:  in the basal ganglia, located in the prefrontal cortex.

In his book, The Power of Habit: Why We Do What We Do in Life and Business, Charles Duhigg explains that about 40% of people’s daily activities at home and in business are actually habit. Our brains are programmed to be as efficient as possible, so when our basal ganglia stores a pattern in our actions, it logs the process as a habit in order to conserve brainpower in subsequent iterations of the process.

According to his research, Duhigg explains that these habits are sometimes difficult to recognize unless you’re looking for them.

For instance, in a managerial position, unrecognized habits might include a visceral reaction to an employee, a natural tendency to avoid (or face) conflict, whom you naturally delegate to and why, the methods used when attempting to influence others (persuasion vs. pushiness), or choosing to focus on urgent tasks instead of longer-term strategic tasks.

You hold more power than you think

When you understand that a manager’s success or failure is not purely based on talent but also on habits created during the first 3-6 months of their role, you create new positive possibilities for your organization.

A manager’s success is largely influenced by habit formation, especially habits created during the first 3-6 months of a leader’s new role within your company. By taking a more active approach to the onboarding process of a new employee, your organization has a dramatic opportunity to leverage its own success.

Instead of relying on traditional onboarding tools such as introducing projects, strategies, and developing relationships with team members as a basis for integrating a leader into a company, companies can combine this standard orientation with training and coaching strategies that align a leaders new habits with the goals of the organization.

While a typical onboarding process focuses on orienting an individual within the company and training on company software, processes, and important clients, upgrading your training to include situation-based training and leadership coaching can have a major impact on your company’s success.

Success in a managerial role isn’t just about knowledge; it’s about actions and reactions in a multitude of situations. If an organization takes the opportunity during the early stages of a manger’s role to take an active role in creating habits that align with the company’s overall goals and values, they not only minimize the risk of having hired the wrong candidate, but they also have the ability to groom virtually any manager into a high-impact leader.

The most effective training during the first 3-6 months of a manager’s role within a company includes the following qualities:

– Training that focuses on forming habits that will trigger successful mindsets in high-pressure situations (e.g. training emphasizing understanding different communication patterns and how to effectively communicate with each pattern in a multitude of situations)

– An experienced individual leadership coach who helps personalize the information, allowing the manager to apply knowledge and mindsets to specific situations in order to form long-term, relevant habits for success

Expand the success of probationary hires

Engaging in an active onboarding, training and coaching period during the first 3-6 months of a manger’s position within a company is more effective and successful than the traditional “wait and see” trial period.

Stack the deck in your organization’s favor by taking control over the habits, mindsets, and skillsets formed during the beginning months of a manager’s role within your company.

Why you need to create a brain friendly workplace to get the best out of your team
Can Instability Hurt Liveability: World’s 10 Most Comfortable Cities To Live, 2016
MIT, Stanford, And Harvard Topped The List Of The world’s 200 Best Universities, 2016/17
Here Are 9 Simple Tips For Becoming a Better Listener

Written by: Patrick Bosworth, Founder and President of Leadership Choice.

tweet
share on Facebookshare on Twittershare on Pinterestshare on LinkedInshare on Redditshare on VKontakteshare on Email
Patrick BosworthSeptember 12, 2016

Patrick is the CEO of Leadership Choice, a professional firm revolutionizing how training & coaching is delivered to today’s leaders. Patrick’s pragmatic consultative approach, easy style, and sense of humor allow him to be direct yet say things in a way that people can hear them. He is able to analyze situations and offer up solutions that are both insightful and always focused on results. His business sense and organizational intuition has enabled him to effectively coach leaders at all levels and across a number of industries and sectors. Prior to founding Leadership Choice, he was Vice President with a global professional services organization, as well as Senior Organizational Consultant and Director of Training and Development in the manufacturing and Professional Services Industry. Patrick holds an M.S. in Industrial / Organizational Psychology from Lamar University and a B.A. from Arizona State University. He is fluent in both English and Spanish and has lived and studied in Central and South America.
view all posts