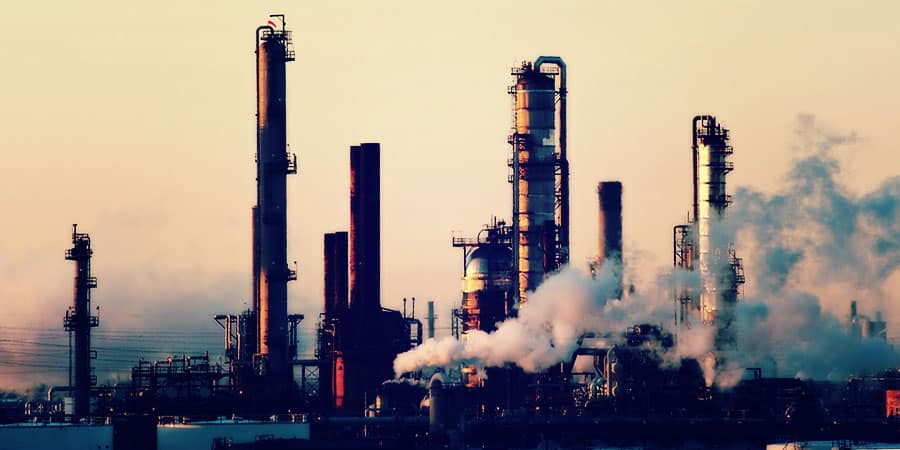 The recession of 2007-2009 caught many CEOs off guard. They weren’t prepared for it and they didn’t know how to manage through it. That is because they denied the existence of the impending crisis, and they had no experience in running a business during a recession. Their only experience and business model was expansion based. They learned too late that a business cannot be managed the same way during a recession and an expansion. This led to disastrous results. By the time the recession had ended in 2009, the rate of small business failures had increased by 40%. Even a few huge companies suffered, including General Motors., Lehman Brothers, and Chrysler.

CEOs breathed a collective sigh of relief when the recession ended and many of them went on to use the expansion business management model. However, expansions have limited shelf lives and a recession is certain to follow. As of January 2016, a recession feels like it is right around the corner. All CEOs should be preparing now, for whenever it comes.

The summer of 2007 marked the beginning of the worst economic downturn in U.S. history since the great depression. At its peak, unemployment was at 9.9%. It was deeper and longer than any before it since 1947. By the time the recession was over, it had wiped out somewhere between 8 and 10 million jobs and countless companies went belly up.

Some experts contend that no CEOs had experience in managing a business in the economic climate during the 2007-2009 recession. The only business model most CEOs understood was the expansion model. In an expansion model, the key focus is on growing share through new product offerings or taking it from competitors. The CEO’s focus is on those two primary goals, and the resources of the company are dedicated to that. When the recession started softening sales, some of these CEOs might have tightened operating expense modestly or deferred some research and development expense. Very few of them would have considered the possibility that the company might not survive the recession. When that possibility occurred to them, it was too late to act.

A recession business model is very different from an expansion one. It calls for quick, decisive, and substantial activity to offset the impact of the recession while preparing the company to come out stronger on the other side. The primary focus can no longer be on growing share. Rather, it should be on getting through it in such a fashion as to grow share on the other side of the recession when the expansion begins.

Many CEOs never even saw the recession coming despite the fact that the warning signs were there and they weren’t subtle. Who could have missed the housing bubble, the subprime crisis, and the TARP Program? Yet, so many CEOs failed to see or believe the signs.

It was a combination of CEOs and their Boards in denial. They just couldn’t believe the six-year expansion party was over. Then, if they admitted there was a problem, they likely minimized its potential impact on the company. Always remember, corporate denial kills more businesses than recessions.

Admittedly, some of that would have happened no matter what America’s CEOs did. But, at the end of the day the carnage was much greater than it should have been. America’s CEO’s collectively failed their shareholders because they had no experience in a recession and used the wrong business model, because they couldn’t believe the expansion was over, and because they had no plan for surviving and thriving during and after the recession.

To be prepared for the next recession, here is a 6-point plan that you can use as an effective business model in place of relying on the expansion model.

#1: You Need an Early Detection System

Recessions don’t simply arrive unannounced. On the contrary, most recessions are “much awaited and long predicted.” So a shortage of an early warning system is not the problem; it is actually the shortage of a reliable and accurate early warning system. Your early detection system should consist of three parts: An outside economic forecasting organization, your orders backlog, and the backlog of your customer’s customers.

One example of a reliable economic forecasting organization is the Economic Cycle Research Institute. They forecast turning points in economic growth and inflation with unerring accuracy. They have developed a proprietary set of composite indictors for predicting turning points in the business cycle. The result has been that their predictions have been accurate in the last three recessions. While they can’t tell you exactly when the recession will occur, they are unerringly accurate in knowing it is on the horizon and will arrive soon. Think of it this way. They see the tornado on the horizon and they know it is headed our way. They just don’t know exactly when it will get here. Then it is up to you to start placing your bets and deciding when you will execute your recession battle plan.

The second part of your early detection system is when your backlog starts dropping. While this should always be a cause for concern, this is the time to dig deep and find out why it dropped. Is it a regular seasonal occurrence? Did you just lose a major order or customer? Did your competition just take some of your business? If none of these explain the drop and it happens coincident with an economic forecasting organization’s predictions, then that may be your second cue that it is time to activate your recession battle plan.

The third part is to examine what is happening with your customer’s customer’s backlog. When a recession is looming, you will find softening backlogs all along the chain. It’s just that some parts will soften sooner than others.

Get your senior leadership team together offsite and spend 1-2 days developing the plan. It should basically be a “if this happens, we will do this” plan with trigger points along the way. For example, you could build trigger points around backlog, orders, sales, profit and cash.

In 2009 my company took this process all the way to break even and below. We knew exactly where we would be every step of the way. And, we had already decided what parts of the business were critical to maintain at each trigger point and what parts could be done away with. We did hit several of those trigger points in the recession and implemented the actions we planned in advance. However, because we took crisp, decisive, and definitive actions as the recession worsened, we were able to preserve profit and cash.

#3: Develop a Plan to Strengthen Your Employee Culture during the Crisis

You can be sure your employees are plenty scared during a recession. The media is bombarding them day and night with doom and gloom. They see orders dropping off. In many cases they see senior managers hiding in their offices. They fear for their mortgages, and for their children. This doesn’t make for highly productive and efficient employees-at a time when you need that the most.

You can use the crisis of a recession to strengthen the bond between your employees and the company (assuming you have a bond to begin with-if you don’t you have other problems). In strengthening that bond, you will be setting the company up for even better performance when you come out on the other side of the recession.

The first step in strengthening the bond is to be bone honest about the crisis you are in. Many CEOs think the message should be sugar coated, but if you want their help getting through the crisis, they need to know exactly what you and they are up against. Tell them the truth before they make their own ‘truth.’

Also, keep the honest communication consistent, constant, and high touch. Celebrate every little success you can find. Solicit their suggestions on how to improve the business. Make them a partner in navigating the crisis. Doing so will increase the trust and the bond with the company.

#4: Anticipate the Recession’s Impact on Your Competitors and Position Your Company to Take Share

Think deeply about how your competitors will react to the recession and what the likely impact will be on them. Chances are that they will take their eye of the customer service ball. Often, during a recession, customer service is the first thing to go. This could be an opportunity to get closer to your customers and edge the competition out.

#5: Use the Crisis to Sharpen Operational Control

This is the time to refine all of your systems and procedures that may have lost their efficiency over the years. These are the ones that seem important to fix, but you have not ever had the time to address because you are always in growth mode. These systems and procedures could be anything from order entry systems to financial reporting procedures. This is when you need strict operational control now more than ever. Sharpening that control will make your company stronger during and after the recession.

tweet
share on Facebookshare on Twittershare on Pinterestshare on LinkedInshare on Redditshare on VKontakteshare on Email
Steven L. BlueJanuary 25, 2016

His third book was co-authored by Jack Canfield and was an immediate best-seller. His most recent book, Metamorphosis: From Rust-Belt to High-Technology in a 21st Century World, details exactly how any low technology company can enter the world of high technology and high-profit products. He created and authored the League of Extraordinary CEO series, a monthly CEO advice column in the American City Business Journals.

Steven L. Blue is an opinion columnist for the CEOWORLD magazine. Connect with him through LinkedIn. For more information, visit the author’s website.
view all posts