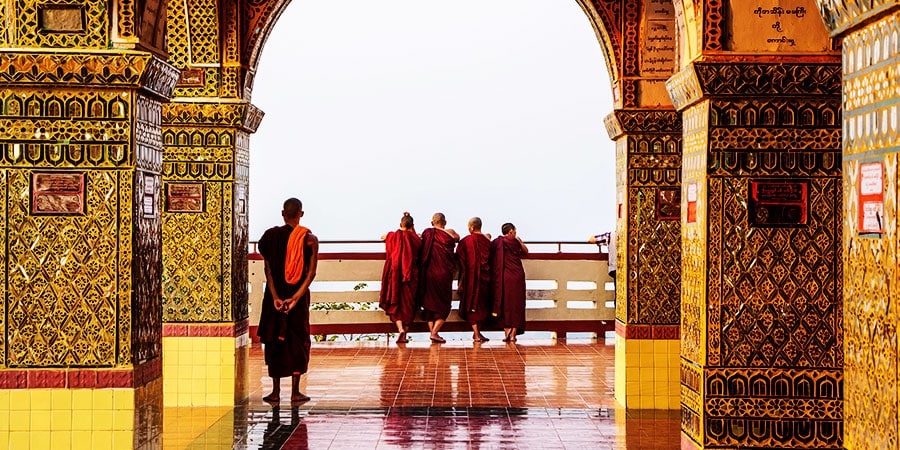 With 9 out of 10 adults donating money to charity and half the population volunteering their time, Myanmar is the world’s most magnanimous nation, according to a new report from the London-based Charitable Aid Foundation (CAF).

Last year, the United States tied for first with Myanmar for the title of the most generous country. This year, America dropped down to second, while New Zealand completes the podium.

Following the U.S. are New Zealand in third place, Canada in fourth and Australia in fifth. Other countries in the top 10 are the United Kingdom, Netherlands, Sri Lanka, Ireland, and Malaysia.

While Burundi is the least, followed by China, Yemen and Lithuania, according to CAF’s World Giving Index, which measures the charitable behaviour of countries by polling people on how often they donate to charity, how often they volunteer and how often they help strangers. 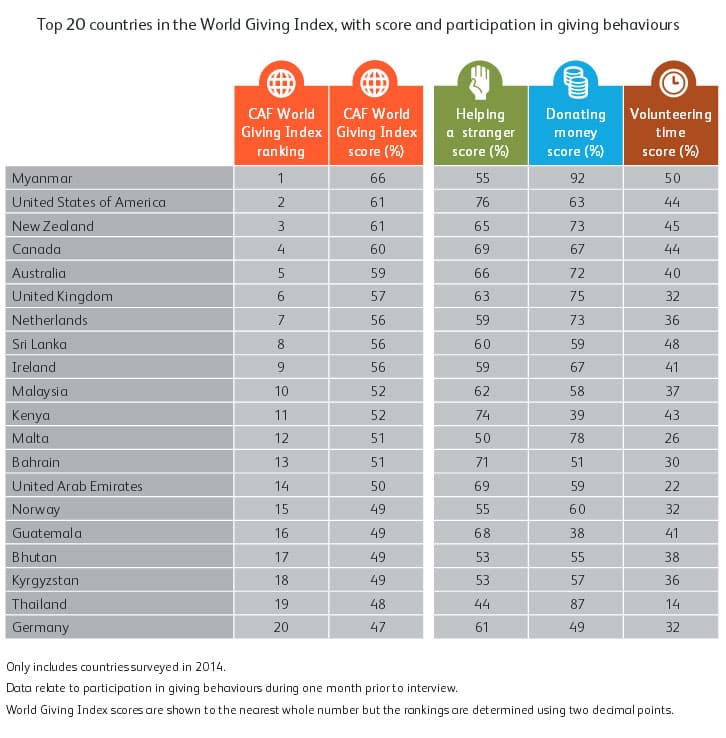 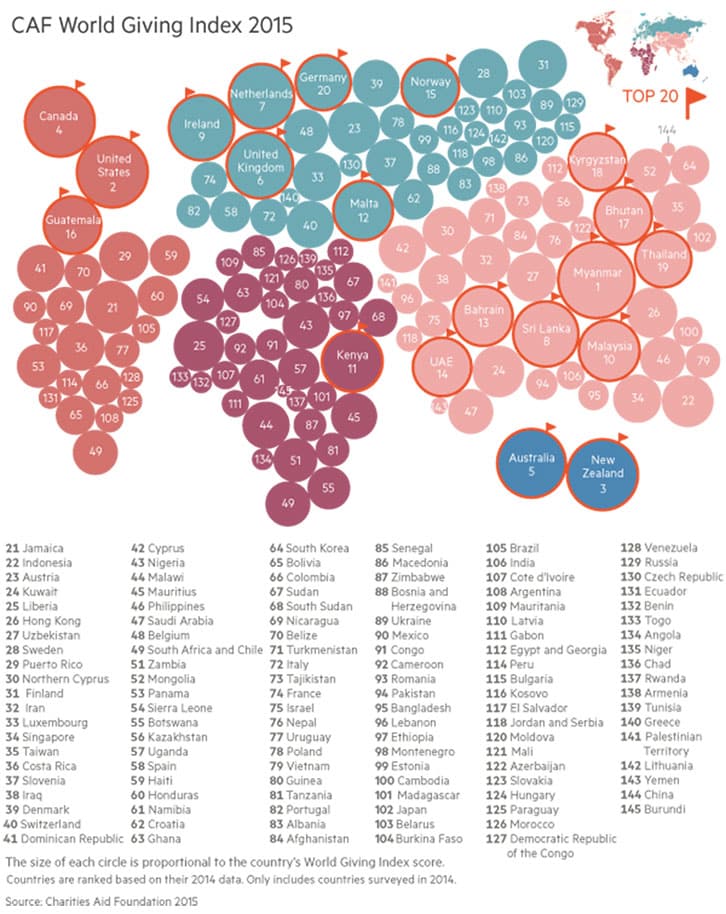 tweet
share on Facebookshare on Twittershare on Pinterestshare on LinkedInshare on Redditshare on VKontakteshare on Email
Prof. Dr. Amarendra Bhushan DhirajNovember 27, 2015