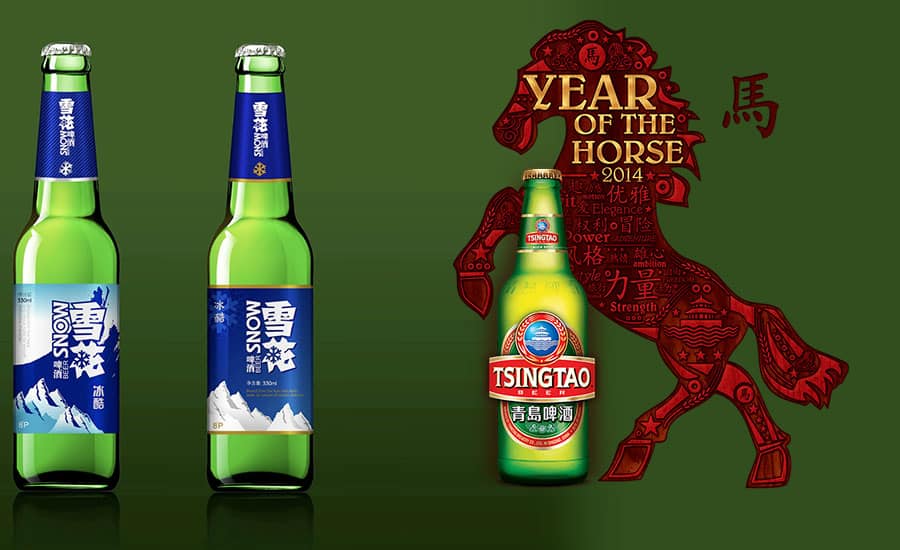 A recently published report by the Euromonitor indicates that the world’s biggest beer market in terms of volume sales, china, will overtake the United States in terms of value sale by 2017.

China, a nominally socialist country, is poised to become the world’s biggest economy by GDP within the next decade.

“As the legal drinking age population is expected to grow faster in China than in the USA over 2013–2018 in absolute terms, brewers will be capturing prospective demand that has been dormant for years,” said Amin Alkhatib, a drinks analyst at Euromonitor.

1. Snow beer (10.3 billion liters) – the most popular boor in China, made by CR Snow (China Resources Snow Breweries Ltd.), a joint venture between british SABMiller, and a Chinese firm, China Resources Enterprises. As of 2013, it is also the best selling beer brand in the world.

2. Tsingtao (5.2 billion liters) has a pleasant aroma and a well-balanced taste, it is the second biggest beer brand globally and China’s most widely exported beer. Each and every bottle is brewed using the exact same ingredients and is only ever brewed at the famous Tsingtao brewery. Tsingtao Brewery is second largest brewery in china, and has about 15% of domestic market share.

3. Yanjing (3.8 billion liters) brewed with spring water for a crisp, refreshing taste brewed at the Beijing Yanjing Brewery, one of the largest beer manufacturers in China.

4. Harbin (2.8 billion liters) made by Belgium’s Anheuser-Busch InBev, which is the biggest beermaker in the world, It owns practically every beer you’ve ever heard of, from Budweiser, Corona, Beck’s, or Stella Artois.

tweet
share on Facebookshare on Twittershare on Pinterestshare on LinkedInshare on Redditshare on VKontakteshare on Email
Jessica Todd SwiftJuly 28, 2014