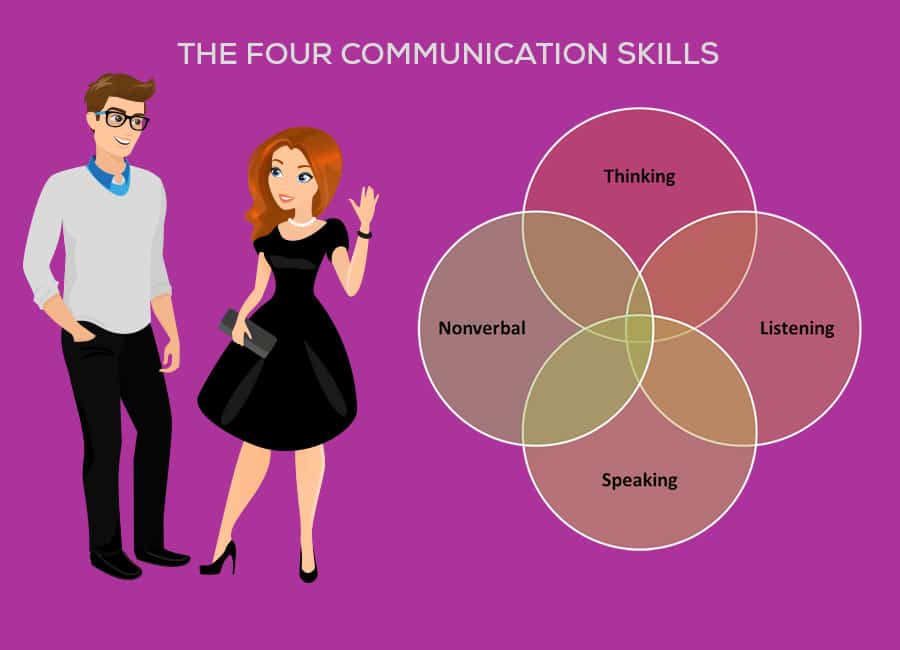 Over the past decade, CEO communication has evolved from a convenient skill to a critical business asset.

Unfortunately, the business world is replete with cautionary tales about CEOs who failed to gain the trust of their employees through frequent and meaningful communication. Take former Delta Airlines CEO Ronald Allen, for instance. In 1994, Allen spearheaded a comprehensive cost-cutting initiative that laid off thousands of employees, closed numerous sales offices and slashed commissions for travel agents. The company was close to reaching its budget goals by 1997, but by that point Allen had earned a reputation for keeping his employees out of the loop. Company morale plunged, damaging Delta’s credibility for having the friendliest employees in the industry.

“The kind of morale and support for management that once prompted the employees to buy the company a new Boeing 767, which they named The Spirit of Delta, was gone,” reported The New York Times.

When undergoing a major change, whether recovering from a crisis or signing a major customer, how should CEOs communicate news to their company? Several tips can be gleaned from trends that rose to the top of the 360 Degree study.

1. Use all the tools in your toolbox

The report found more than 75 percent of employees and executives would like to hear from their CEO at least monthly, but only 55 percent of CEOs speak that frequently. Company meetings are a great way to improve the morale of employees, but this shouldn’t be your only mode of communication.

CEOs of outstanding companies capitalize on internal communications to share positive news, address negative sentiment head-on and reinforce company-wide goals. Tools like newsletters, email updates, video conferences and town hall-style meetings all send the message that the CEO cares about his or her employees and values their involvement in the company.

Social media is a useful tool that CEOs should keep at the top of their arsenal, but often don’t. Another study found that a staggering 68 percent of CEOs have no social presence on Twitter, Facebook, LinkedIn or Google Plus. In the digital age, leaders who are disconnected from their company are running out of excuses.

“In today’s social world, there are so many ways to effectively communicate with your employees beyond the typical company meeting,” said Josh James, founder and CEO of Domo in a post about CEOs and social media. “If you’re not leveraging multiple channels to get your message across and instill vision, you’re missing an opportunity to connect with your employees and drive the business forward.”

When business leaders use social media to craft a message, employees get a direct view into what matters to their CEO. For example, James tells a story in which he casually tweeted about a feature he liked about another product. While in a meeting with Domo’s engineers two weeks later, he was surprised to see that the particular feature he mentioned had been built into the product. The engineer had seen James’ tweet and immediately starting working to improve the product. This kind of seamless communication is exactly what a CEO should aim to achieve across multiple channels.

CEO stands for chief executive officer, but it can also imply another title: chief executive storyteller. In a day and age where business leaders can fire off emails and press releases from behind their desks, they sometimes forget that a company’s brand is only as memorable as its stories. CEOs need to learn to step outside their role as salesman or promoter to communicate why their company exists.

Consider the CEO of Starbucks, Howard Shultz. When he talks about Starbucks, Shultz never calls it a coffee company. Instead, Schultz talks about his passion for “building a company that treats people with dignity and respect.” He says coffee is the product Starbucks makes, “but that’s not the business we’re in.”

“It was not the calling of coffee, but the calling to try to build a company that my father never got a chance to work for,” he says. “When we began Starbucks what I wanted to do was to create a set of values, guiding principles and culture.”

At Starbucks, the product is not the only storyline being told. Schultz is an inspiring communicator because he is passionate about his company’s culture, not just the lattes (although that helps, too).

CEOs should be championing their company by engaging in frequent, positive communication with their employees. In the 360 Degree study, employees and executives agreed that “instilling vision” is the most effective motivation strategy, with fear ranking dead last. If employees believe their opinions truly matter, it’s much more likely that the company will flourish.

The study also revealed some troubling disparities in the strategies CEOs currently implement to inspire those they lead. While only 10 percent of CEOs claim to use fear as a motivation tactic, executives claimed it was actually the No. 1 motivation tool of their CEOs. That’s a hard pill to swallow.

It can be tempting—and all too easy—to adopt a dictatorial, command-and-control management strategy to get things done. You want your executive team to finish tasks quickly and although intimidation often seems like an easy way to achieve those results, a culture of fear discourages employees from taking risks that can lead to larger success. Instead, smart CEOs give their companies permission to think big.

Like any great leader, CEOs should never lose sight of the fact that how they communicate is often just as important as what they’re saying.

You may think you are using praise, affirmation and positive reinforcement to motivate your executives, but they are likely receiving a totally different message. The 360 Degree study revealed that 84 percent of CEOs believe they never speak to reprimand the company, but 10 percent of employees and executives say that’s nearly all they hear.

Because CEOs set the tone for the rest of the company, they need to be attentive to how their words are being interpreted by those they lead. Many CEOs are charismatic and witty in person, but when they are put in front of a podium they appear bland or unapproachable.

“Clarity of message is vital,” said Paul Taaffe, now head of communications at Groupon, in an interview with the CEO Forum Group. “CEOs have to personalize their communications, even over-simplify it, if they are to consistently get through to their audiences.”

In addition to clarity, a CEO must cultivate an authentic voice. A company’s brand resonates when its leader delivers the message with sincerity. Many leaders resort to hackneyed talking points or a lifeless script when speaking about their brand. As your company’s leader, you should truly believe in what you are saying in order to drum up support for your vision. 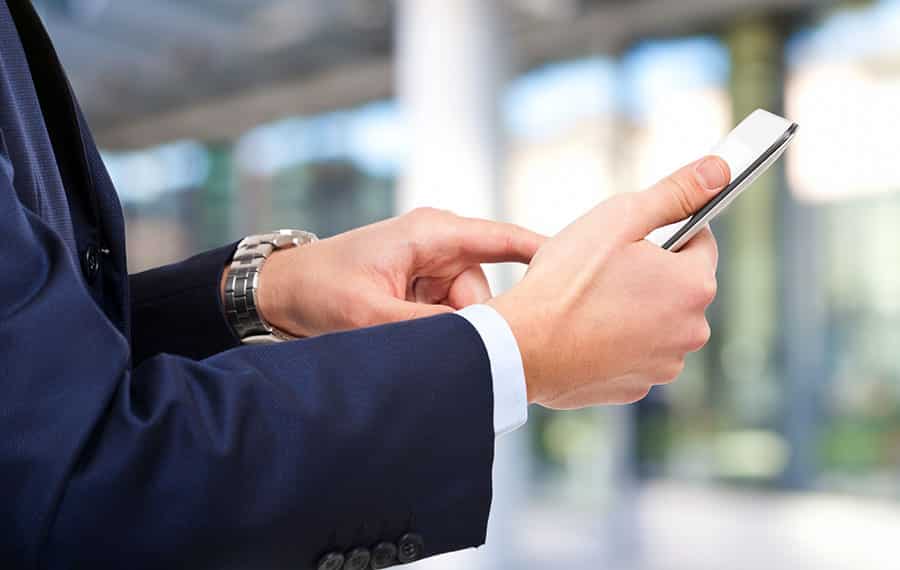 It should go without saying that great leaders are expert listeners—yet asking questions is one of the most underutilized leadership tools. In the 360 Degree study, a paltry 51 percent of employees said they’d be comfortable approaching their CEOs with an idea, which means there’s plenty opportunities for CEOs to make themselves more approachable.

When it comes to collaboration, the buck seems to stop at the top. If you aren’t willing to stop talking at your employees and start listening, then you are likely setting up your company for failure.

During an eight-year tenure at Procter & Gamble, former CEO A.G. Lafley transformed the company’s insular culture into an innovative, collaborative culture. This transformation was shocking to some people in the industry because Lafley had a reputation for being soft-spoken and modest.

Yet, it was Lafley’s unwavering commitment to meaningful internal communication —coupled with a healthy attitude towards risk-taking—that made the difference. A 2009 Forbes article described Lafley as an unparalleled listener who traveled around the world to talk to dozens of consumers every year. He not only visited their offices, he also met in their homes and would accompany them to grocery stores to better understand their purchasing choices. Lafley obviously understood that a good CEO is first and foremost a good listener.

CEOs need to communicate clearly and effectively not only because this motivates employees, but because a CEO’s reputation has a measurable effect on a company’s share price. According to a study by Weber Shandwick, 66 percent of consumers say that their perceptions of CEOs affect their view of the company. Considering that an estimated 60 percent of a company’s market value is attributed to its reputation, today’s CEOs need to stay in control of their personal brand. CEOs who communicate with clarity are taking the first steps to building a positive reputation.

By instilling motivation, meaning and a culture of collaboration, smart CEOs will position their company for greater success.

By Becca Ricks, editor of CEO.com

If you enjoyed reading this article, you may also like:

P.S. – First time reading my posts? Thanks for taking the time to stop by! Please share your thoughts on these insights below and feel free to also connect via Twitter @ceoworld.

tweet
share on Facebookshare on Twittershare on Pinterestshare on LinkedInshare on Redditshare on VKontakteshare on Email
Featured columnistsJuly 11, 2014