Pınar Taşdelen Engin is the vice chairperson at Polyteks Tekstil Sanayi Arastirma Ve Egitim AS and the Uludag Exporters' Association (UIB) chairperson. Born in 1975 in Bursa, Pınar Taşdelen Engin graduated from Bursa Anatolian High School in 1993. Starting her academic studies at Boğaziçi University’s Department of Chemistry, she completed the MPhil. Textile Engineering Program at the University of Manchester in 1999. After launching her career at Polyteks Tekstil Sanayi Araştırma ve Eğitim A.Ş. in 1999, Mrs. Engin has assumed various roles in different departments and is now serving as Assistant General Manager responsible for External Relations and Marketing and Vice Chairperson. Having served as Vice Chairperson of the Board Directors of the Uludağ Textile Exporters’ Association (UTIB) from 2014 until 2018, in April 2018, Pınar Taşdelen Engin became the first female to be elected as Chairperson of UTIB where she still holds office. Pınar Taşdelen Engin also serves as Board Member at the Bursa Culture, Arts and Tourism Foundation and is married with two children. She is competent in English and German. Pinar Tasdelen Engin is an opinion columnist for the CEOWORLD magazine. 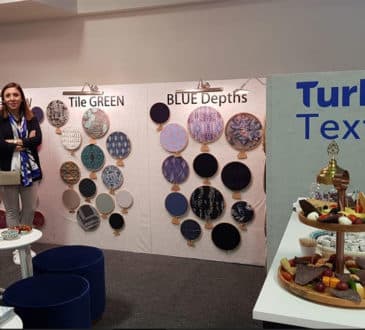 Is Turkey Ready to Claim the Title as a Powerhouse in the Performance-Based Textile Industry?

Pinar Tasdelen EnginC-Suite AdvisoryOctober 10, 2019
The Turkish textile industry has been around for centuries with export textile sales being a part of the country’s GDP for decades. Yet, over the past several years, Turkey’s performance-based textile exports have increased significantly due to the thriving sportswear industry in the European and U.S. markets. After showcasing its...