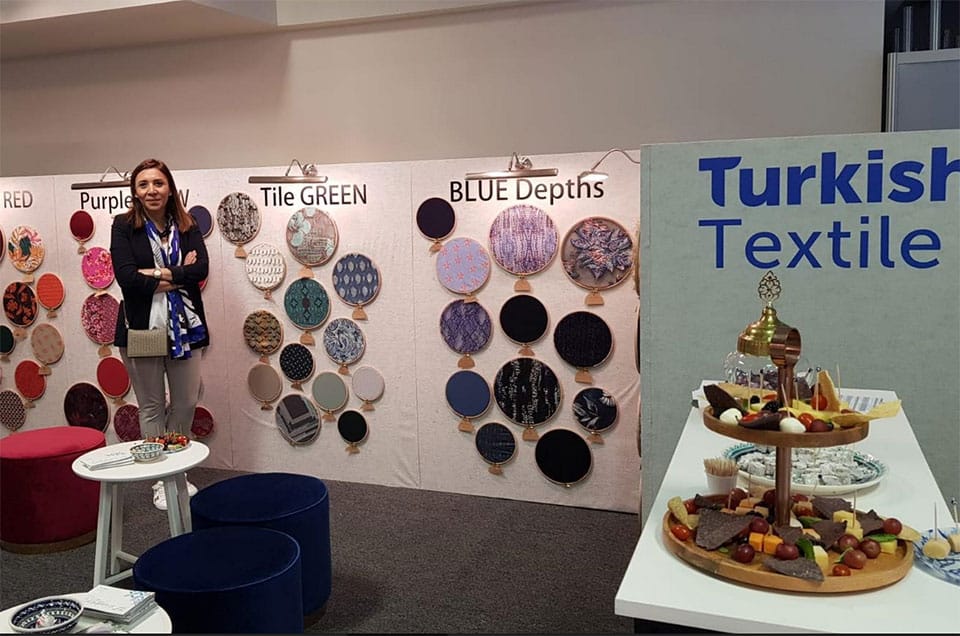 The Turkish textile industry has been around for centuries with export textile sales being a part of the country’s GDP for decades. Yet, over the past several years, Turkey’s performance-based textile exports have increased significantly due to the thriving sportswear industry in the European and U.S. markets.

After showcasing its industry achievements at the Première Vision (PV) Sport Show and the 53rd NW Materials Show in Portland, Oregon earlier this month, there’s no doubt that Turkey has established itself as a powerhouse among international textile exporting countries, now boasting over 42,000 Turkey-based textile and clothing companies.

Turkey’s Success Is Rooted in Its Past

The Turkish textile industry has a rich history dating back to when Turkey was part of the Ottoman Empire. During this time, the textile industry was birthed from the hands of true artisans and the goods were delivered to the world’s wealthiest consumers. Between the years of 1299-1922, any textile sold became part of the Empire’s treasury, more specifically the Sultan and the royal family. Wealth and textiles intersected, demanding that the materials be nothing short of excellent.

In recent years, advances in polymer and fiber science in the country has allowed Turkey to meet modern-day performance demands, boosting overall market sales by 37% since 2011. Although sophisticated fabric, yarn, and fiber production methods make it possible for the industry to meet production expectations, brands and consumers also get the heart and history of the Turkey’s original textile artisans are in every fiber and thread.

In the past, China dominated the textile industry with little competition. However, since 2011, Turkish textiles exports to EU countries have gained traction. Today, Turkey is the biggest textile producing country on the European continent. The third largest textile exporter of Europe, The seventh largest apparel exporter in the world, the fourth largest apparel supplier of Europe, and the fourth interior textiles exporter in the world. Turkey is also the world’s seventh largest cotton producer. Turkey’s share in world textile exports is 3%, and 4.5% in home and interior textiles; its share in technical textiles is 1.5% (2018). Last year, Turkey saw approximately $17 billion in apparel export around the world, with its numbers only continuing to rise.

The Turkish textile export industry has also found emerging success in the U.S. market, a market where consumers don’t just want clothing that looks good. They want sportswear that performs no matter the conditions. Textile manufacturers unable to meet these demands fall short and lose their footing in this prime market. Thanks to Turkey’s design-oriented approach and innovation, the industry not only meets the demand, but exceeds expectations.

Turkish exports have continued to rise across the board and clothing such as t-shirts, jerseys, pullovers and special sportswear have seen the greatest gain, especially in the U.S. market. Some may argue that dominating the EU market isn’t going to be Turkey’s greatest achievement. The country’s greatest success may come from Turkish exports to the United States, a market with the potential to boost Turkey into the top spot. 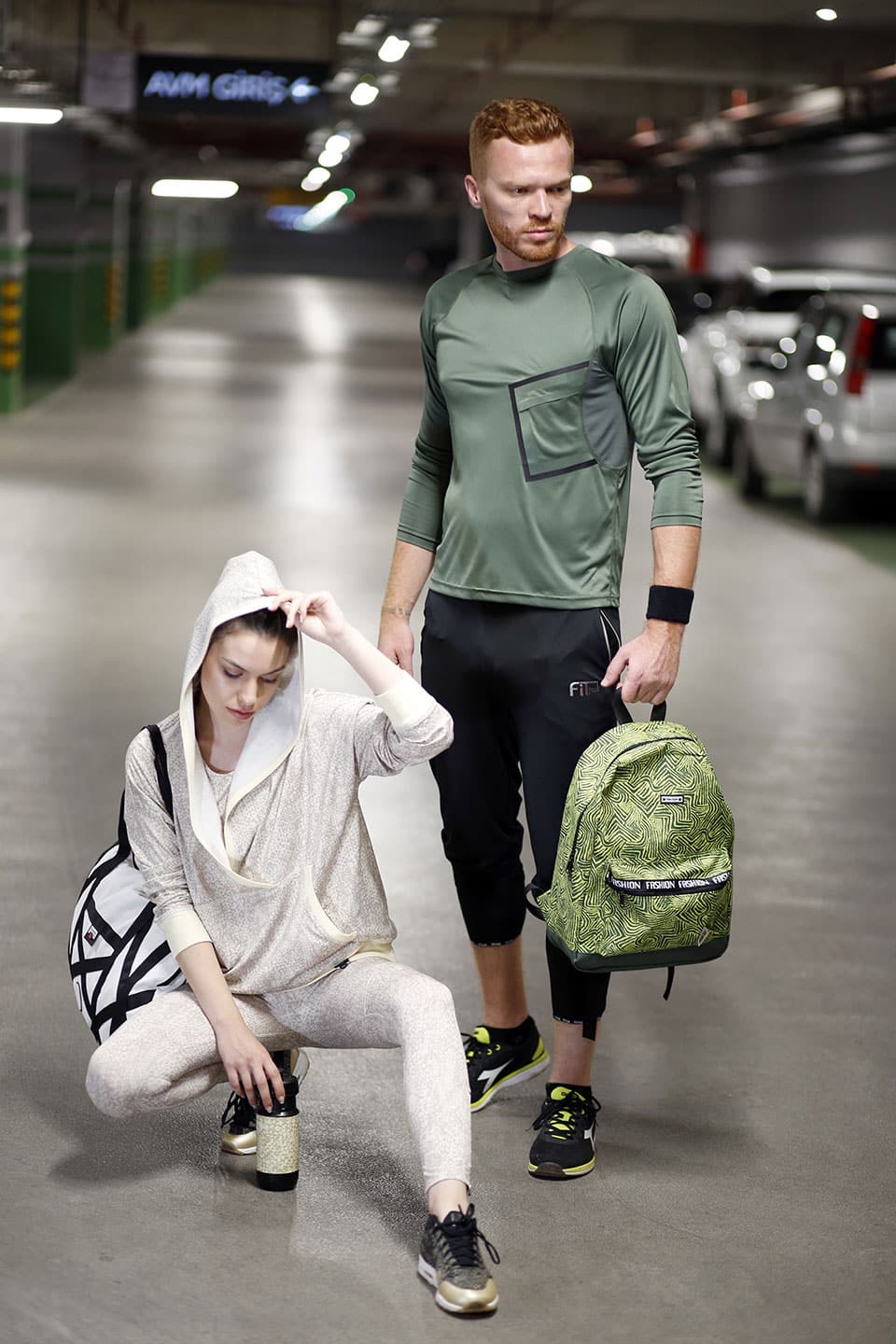 Turkish Manufacturers Take the Lead in the Sports Textiles Market

Performance-wear isn’t like everyday clothing. Sport textiles are fashioned from different fabrics and fibers designed to perform well against the elements. Top brands in the sportswear industry know their consumers want stylish clothing, but that performance always trumps style in the long run. Consumers in EU countries and the United States won’t tolerate materials that don’t hold up well in the worst conditions.

Turkey has several advantages in textile production as well as the supply of raw materials based on the following points:

The Future of the Turkish Textile Industry

With its superior manufacturing processes and growth strategies, Turkey is set to become the world’s leading performance-based textiles exporter. One-way Turkish manufacturers are achieving this is by promoting their goods in key markets in EU countries and the Unites States. Turkey’s attendance at the NW Materials Show and the PV Sport Show in the U.S. opened the door to the global market, creating opportunities for manufacturers to show these key markets why they’re the future of the sportswear textile industry.

To expand its textiles export industry, Turkey is taking the following approaches:

As mentioned previously, Turkey ranks as the seventh largest apparel exporter in the world worldwide with a 3.5% share in the global market, but that is steadily changing as its sportswear export values have risen since 2016 (Source: Trade Map). This rise is contributed to the world’s top active-wear brands taking notice and positioning Turkey to assume the role of a major global exporter and not just with European borders.  Turkish manufacturers are a powerhouse in the textile industry because the quality of their raw materials meet the demands of the industry’s most discerning customers.

Attending trade shows in key worldwide markets that draw in buyers from major global brands is only the beginning for Turkey’s textiles industry. As Turkey continues to showcase its high-performance sportswear and associated materials worldwide, more and more top brands will take notice and enjoy the craftsmanship, history, and reliability of the Turkish textile industry.

These Are The World’s 100 Most Popular UNESCO World Heritage Sites On Instagram, 2019.
Best Countries For Entrepreneurship, 2019.
Here Are The 31 Powerful CEOs On The Fortune 500 With MBA Degrees.
Revealed: Countries With The Best Health Care Systems, 2019.

Pınar Taşdelen Engin is the vice chairperson at Polyteks Tekstil Sanayi Arastirma Ve Egitim AS and the Uludag Exporters' Association (UIB) chairperson. Born in 1975 in Bursa, Pınar Taşdelen Engin graduated from Bursa Anatolian High School in 1993. Starting her academic studies at Boğaziçi University’s Department of Chemistry, she completed the MPhil. Textile Engineering Program at the University of Manchester in 1999. After launching her career at Polyteks Tekstil Sanayi Araştırma ve Eğitim A.Ş. in 1999, Mrs. Engin has assumed various roles in different departments and is now serving as Assistant General Manager responsible for External Relations and Marketing and Vice Chairperson. Having served as Vice Chairperson of the Board Directors of the Uludağ Textile Exporters’ Association (UTIB) from 2014 until 2018, in April 2018, Pınar Taşdelen Engin became the first female to be elected as Chairperson of UTIB where she still holds office. Pınar Taşdelen Engin also serves as Board Member at the Bursa Culture, Arts and Tourism Foundation and is married with two children. She is competent in English and German. Pinar Tasdelen Engin is an opinion columnist for the CEOWORLD magazine.
view all posts