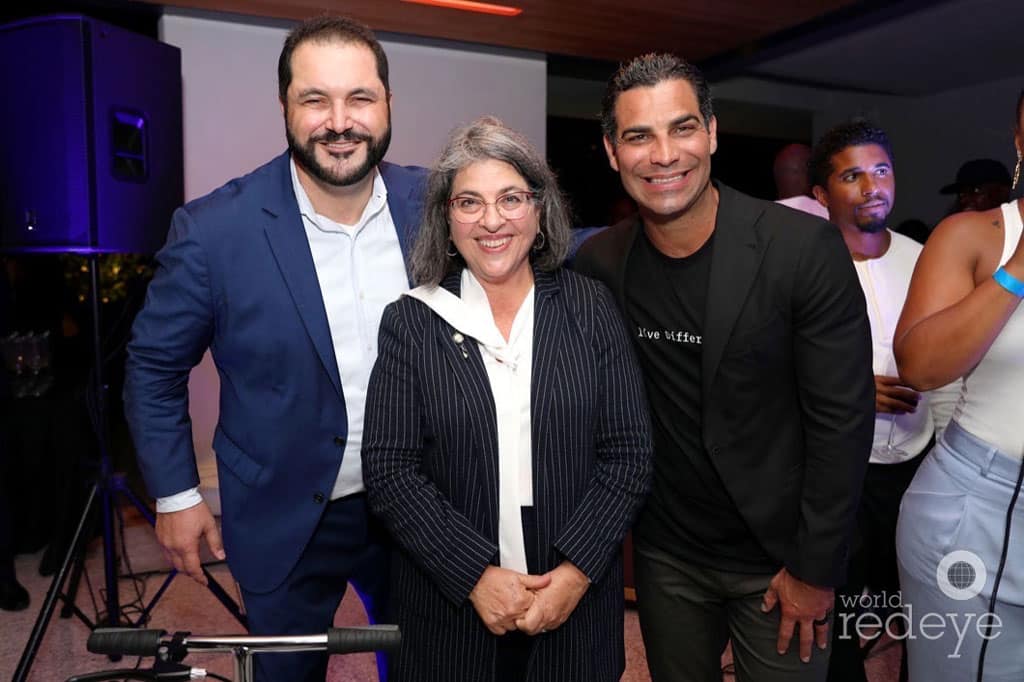 When one thinks of technology innovation, and the companies and people that produce it, most think of Silicon Valley. Or, for those on the East Coast, New York’s “Silicon Alley.” The mind also may travel to Austin, Texas, or Salt Lake City. Four-time Forbes’ Midas List investor Shervin Pishevar however, believes that Silicon Valley is a mindset, not a place. And in that vein, “Bienvenidos a Miami!”

“I believe in entrepreneurship as a movement, and Miami has been an experiment for the idea that we can create tech hubs anywhere in the world and [be] happy to jump into some of those stories,” Pishevar said in a recent interview. “And we have a very lucky [situation] with [Miami] Mayor [Francis] Suarez, and having a great mayor and leader and leadership in the city that believes in this vision of Miami being a tech hub. It’s incredible to see.

“And for me, selfishly, I have a lot of my friends that I miss who are now living and moving to Miami. And so it’s nice to be able to see my friends more, and the creators and the builders of really the next great companies—many of them have actually moved to Miami in the past few years.”

Miami has seen funding for tech startups explode, especially in 2021. Through most of 2020, the area saw between $198 million and $460 million in investment prior to spiking in Q4 of 2020 with $1.2 billion in investment. In 2021, along with most markets and M&A activity, it blew up: Both Q3 and Q4 showed investments over $1 billion, and Q4 topped $2 billion for the first time.

Pishevar—formerly a managing director at Menlo Ventures, one of the earliest venture capital firms in Silicon Valley—has seeded more than 60 companies and sees a culture in Miami that reminds him of where he came from and of all that is possible.

“I was very inspired by Miami and its culture, its diversity, and really its immigrant refugee mentality of [being] open to new ideas, new beginnings,” Pishevar said. “The Cuban population here is very similar to my refugee background. I escaped war and revolution with my family. So there’s a lot of commonality and common threads in the culture–those who have come to Miami to seek safe harbor.

“And I really wanted to try to bring parts of Silicon Valley to Miami: innovation, resourcefulness, the collaborative mindset. I participated in the startup visa testimony in Congress; I said that Silicon Valley isn’t just a physical place—it’s an idea. And it’s gone viral, and it’s spread around the world.”

Pishevar testified in front of Congress in 2011 to advocate for visas for foreign tech entrepreneurs: “I am privileged to testify today on behalf of the countless foreign entrepreneurs who would like nothing more than to do what I have done—build companies, create jobs, and innovate here in the United States,” he said at the time.

And Pishevar isn’t the only one who relocated to Miami thinking it could be a startup incubator—he since has recruited tech titans including Emil Michael and Peter Thiel.

“It’s amazing to watch the incredible talent that’s coming, and the energy in Miami is incredible to see. And I mean, I joke to the mayor, every week is like another…It was an NFT [non-fungible token] week and then a Tech Entrepreneur week and then Miami Tech week. And then there was F1 [Formula One], and every week was more and more excitement. And I joked to the mayor, I said, ‘We need a Miami Week Off.’ Let everybody rest before we continue building. And he was laughing. He was like, ‘I’m going to definitely announce that.’”

Pishevar long has been an evangelist for Miami as a tech hub, having made efforts even prior to his 2018 relocation to the “Magic City” to turn a town known for its tourist appeal and art scene into a serious contender for tech talent.

“We started basically talking about the strategy of, ‘How do we make Miami a tech hub?’” Pishevar recalled. “And for me, I started experimenting with the idea of: Can we incubate new companies? Can we do what we did in Silicon Valley here in Miami? I ended up moving 50 people to Miami across various companies that we were incubating and investing in.

“I would host friends in Miami….and show them what the city was like. Many entrepreneurs were trying to decide between places like Austin and Miami. And I helped beat Austin out a number of times. We didn’t win every single race, but we also started talking to the governor, [Ron] DeSantis, about these ideas of moving tech companies and entrepreneurs to Miami.”

Those ideas have paid off, as an influx of engineering and entrepreneur talent has flooded the city.

“There’s more and more people moving,” Pishevar said. “The magic number that I think [venture capitalist] Paul Graham has talked about is like 10,000 developers moving to a city—[that’s ] kind of an important milestone. And just in the last year, I think the numbers are over 2,000 engineers who have moved to Miami. So it’s not just the actual entrepreneurs, but the skill set.

“And then on top of that, you have in Miami and the Miami area local talent that we’ve hired, that we’ve accessed, that already exists. There are incredible universities like University of Miami, FIU [Florida International University], and others that are creating a pipeline of talent. And that engineering talent, that tech talent that is local, is also extremely diverse. And so you have this confluence of talent migration in to Miami from all over the world.”

Miami is clearly positioned as an emerging front as the United States looks to expand its hold on global technology innovation. And with Shervin Pishevar leading the charge, success is probably a good bet.