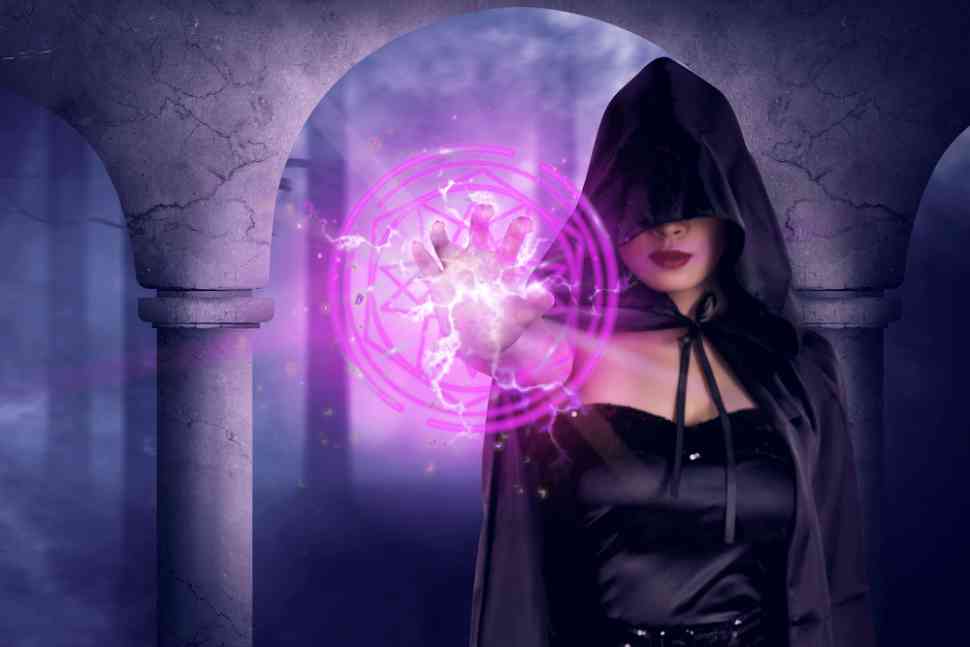 The pentacle is a symbol of balance, health, and protection. These harmonic meanings apply to the symbol when its representation happens to be with its one vertex high. On the contrary, when two corners of the figure are turned upwards, the symbol acquires a negative meaning, representing, as Eliphas Levi will write in the key of mysteries in 1861, “The goat of lust (The Devil) who attacks paradise with his horns”.

In order to understand the pentacle, we need to understand its structure and history. The pentacle is a perfectly formed geometric symbol, complex as it represents the convergence of many lines, harmonious because all its angles form a symmetrical whole and particularly dynamic as it represents sharp angles that tend outward, reminiscent in a sense of the energy of an explosion. So it’s not strange that this visually powerful symbol maintains a controversial but enduring presence in human history, at least for the last 6,000 years.

The appearance of the pentacle really begins somewhere at the beginning of history, since its first specimens are dated to 4000 AD in the regions of the Tigris and Euphrates, as well as in broken vessels of Palestinian land. It is even believed that the formation of the symbol is related to astronomical studies of the time and not to the formation of the random variation of The Shape of the Triangle. According to Carl G. Liungman, the design of the symbol is related to the movement of the planet Venus, so as it is distinguished in the zodiac. Surprisingly, however, the symbol of the planet was never the five-pointed but the well-known circle ending in an upside-down cross; today it is also known as the female symbol. Perhaps this is due to astrological observations, since the movement of the planet corresponds to a period of four years, contrary to the numerical value of the pentacle.

How is it possible, however, that this perfect symbol represents something unpleasant and disharmonious? it seems that the Association of Pentacles with Evil took place gradually and certainly in later times, as no old representation of inverted pentagram seems to have been accompanied with any negative emotions.

We understand this from archaeological finds, such as some Thracian coins of the 4th century BC depicting pentacles upside-down. A printer’s stamp from Venice of 1530 depicts an inverted pentacle surrounded by the word Hygeia and the inscription Symbolum Sanitatis which means a symbol of Health. In De Occulta Philosophia, in one of the pictures, we discern a man forming with his body the TA cross, while he holds in his hands an inverted stave, without any comment being made on the devil or other demonic qualities of the symbol.

It seems that at least until the 16th century the pentacle was not associated with negative magic, since this symbol represented perfection. Only in Bruno’s book on the unit, we can discern the drawing of a man who in a stave -with one top facing up- has his back facing us. The philosopher comments: “because the form of man is limited by five external signs, the cowardly race of black magicians carry out successful spells through the pentagram”. The man depicted in this symbol is the fallen Adam, that mortal creature, who, following the whole creation in its fall, not only possesses actuated senses but is also banished from Paradise. The inversion of the pentagram, therefore, testifies to the inversion of the nature of man, and thus clearly relates to the Lucifer tendency towards the aversion of the Divine Word. Reasoning such as the above led the occultists of the 19th century to interpret the inverted pentacle as an image of evil, even grafting into the figure the face of a goat, eventually forming the seal of The Devil-Baphomet-Leviathan, which was officially adopted as its symbol by the Church of Satan of Anton Szandor LaVey in 1969.

LaVey’s secularized humanistic Satanism, of course, with its entire theatrical formality and its symbols, is far from the macabre Satanism described by Joris K. Huysmans in his much-discussed autobiographical novel La-Bas, about the subculture of Satanists who ravaged Paris society in the 19th century.

Tags :Founders Insider
tweet
share on Facebookshare on Twittershare on Pinterestshare on LinkedInshare on Redditshare on VKontakteshare on Email
Anna SiampaniDecember 30, 2021