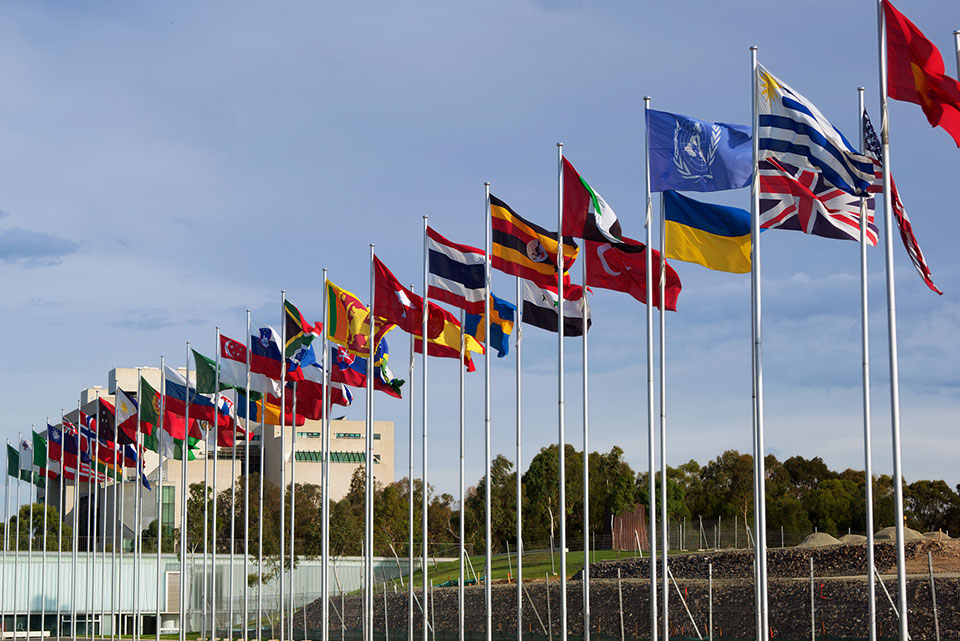 Flags of the world

The Netherlands was ranked the best country in the world for women, according to a new report recently published by the CEOWORLD magazine. Norway and Sweden follow up in second and third place, respectively. Denmark ranks 4th.

The 2021 rankings placed Austria in 12th ahead of Italy into 13th; while Luxembourg ranked 11th and Spain 14th. Overall, among the top 20 best countries in the world, for women to live, the 15th, 16th, and 17th positions are held by Japan, Australia, and the United Kingdom.

“There is a universal pattern of discrimination and crime against women, but volume and intensity differ from nation to nation. Regional, racial, and socio-economic factors play a crucial role in determining the objectification of the feminine body and gender equality,” said Prof. Dr. Amarendra Bhushan Dhiraj, Chief Executive at CEOWORLD magazine. “Frankly, there is no nation in the world that is 100% safe for women with the freedom to live equally. But, some countries are better than others when it comes to equal rights, social inclusion, and a sense of security.”

Based on a survey of nearly 390,500 women around the world, CEOWORLD magazine has released its annual ranking of the Best Countries for Women. To produce the Best Countries for Women list, 156 countries were given scores across 9 attributes: gender equality, percentage of legislative seats held by women, sense of security (females 15 years and older who report feeling safe while walking alone at night), income equality, care about human rights, women empowerment, average years of education among women, women age 25 and older who are engaged in paid work, and women’s inclusion in society.

The World’s Best Countries For Women, 2021

Each country was given an equally-weighted score across 9 attributes in order to produce the women-focused ranking. Unsurprisingly, Scandinavian countries dominated the list. The latest data show that some of the worst countries for women have achieved gains, even as some of the best are lagging in crucial areas. In order to determine the rankings, researchers at the CEOWORLD magazine compiled analyzed and compared 150 nations across 9 key attributes: gender equality, percentage of legislative seats held by women, sense of security (females 15 years and older who report feeling safe while walking alone at night), income equality, care about human rights, women empowerment, average years of education among women, women age 25 and older who are engaged in paid work, and women’s inclusion in society. These attributes are combined into a common measure which gives an overall ranking.

Each individual indicator was given equal weighting within each of the 9 categories. To secure a place on this year’s list, countries had to rank among the top 150 nations in the world in the U.N. Human Development Index as well as among the top 100 countries in terms of GDP, foreign direct investment inflows, and international tourism receipts, according to the World Bank data. Nations that did not meet these four criteria or that didn’t report this data were excluded.

CEOWORLD magazine put together a panel of experts to go over data points culled from sources like the Economist Intelligence Unit (EIU), World Economic Forum, Organization for Economic Cooperation and Development (OECD), U.S. News & World Report, the Index of Economic Freedom, the United Nation’s Economic and Social Council, and the World Bank. Based on a consensus from these sources, the final choice of countries was judged editorially, as was their position on the list. Some nations and territories were not included in the official statistics for various reasons, primarily due to the lack of necessary data. Also, countries and territories with low initial scores were excluded from the list as the comparison would create misleading results. All data is for the most recent period available.

The CEOWORLD magazine sent its survey to participants that would be “broadly representative of the global population.” Those that participated hailed from 156 nations across the Americas, Asia, Europe, the Middle East, and Africa.

The margin of sampling error for the full sample of 390,500 respondents is plus or minus 1.2 percentage points. In addition to sampling error, one should bear in mind that as in all survey research, there are possible sources of error—such as coverage, nonresponse, and measurement error——that could affect the results. Countries receive scores on each indicator as a fractional rank (100=top rank, 1=lowest) relative to all countries for which data are available. 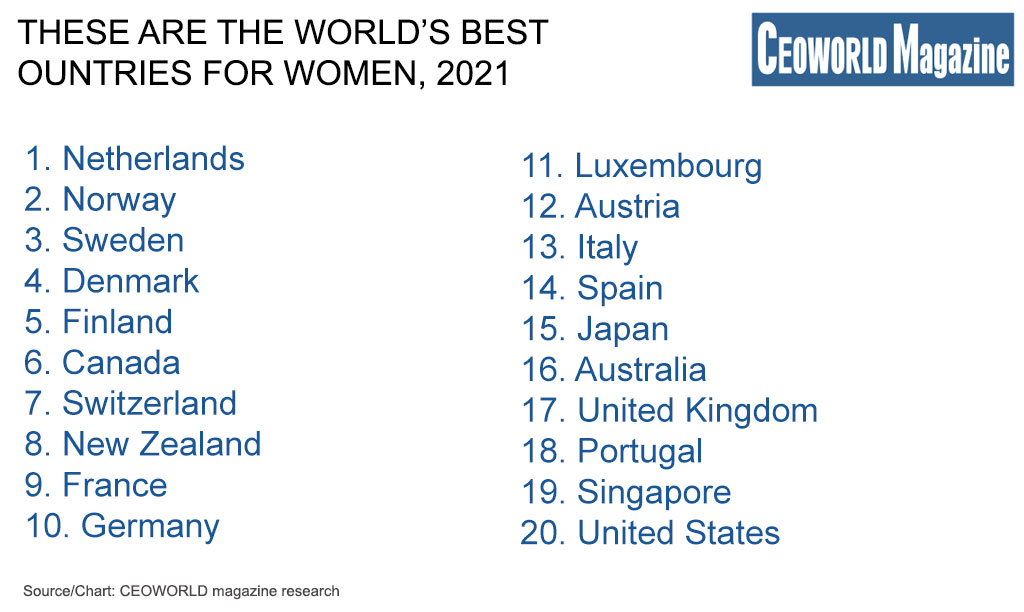