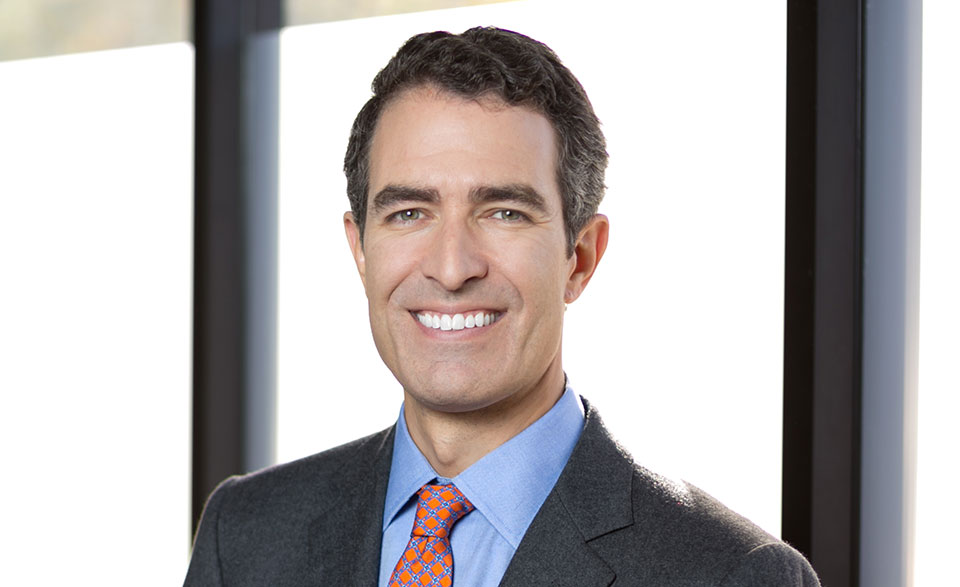 Digital transformation requires modern, digital technology. That may seem to be a truism, but it can be harder to actualize than it seems. The case of FedEx is illuminating.

Founder and CEO Fred Smith attended Yale University in the 1960s. In an economics class, he wrote a paper on the need for a reliable overnight delivery service to complement the information age. His professor responded by saying, “The concept is interesting and well-formed, but in order to earn better than a ‘C’, the idea must be feasible.”

Smith was not deterred by this hit to his economics grade. He would go on to prove his professor he was wrong, and from the company’s founding in the 1970s, technology was one of the key differentiating factors. Smith, who is now in his mid-70s, did not have a technology background in founding the company, but he has been one of the most progressive leaders when it has come to technology. He famously said, “The information about the package is as important as the package itself.” Being able to know where a package was in transit would be a key differentiator for the company. He was one of the first to hire a chief information officer, and everyone to hold that title has reported directly to him.

In 2000, Smith hired Rob Carter as CIO. Two decades later, Carter is still in that role. Having gotten to know Carter well, he has shared with me that several years ago, he realized that though much of the technology that was its source of competitive advantage was put in place by him at that time, it was not a modern, digital technology footprint. He told me, “It dawned on me that the technology that was the source of our success would be the source of our downfall if we did not change.” That was a stunning revelation that most technology and digital leaders do not realize; first, because they do not typically have the tenure that Carter has had at FedEx, but also it can be difficult to push pride aside to note that the technology that is the source of great pride may lead to disaster if it is not changed.

Though the technology was running reliably, it was cobbled together, and some of the most critical data flowed through systems that were becoming antiquated. Carter decided he needed to create a mandate for change. He created a diagram that highlighted how the different technologies that the company employed fit together. It was such a swirling mess of a picture that the board dubbed it “Hurricane Rob.” That reaction was just what he wanted, as he wanted to make the point that it was chaotic; it was complex; and it would soon be unmanageable. By contrast, he then showed the future vision, which would focus on simplicity, standardization, and a cloud-first mentality. These are hallmarks that every company should follow. And it also replaced the hurricane with a clearer picture, and even nontechnical board members could understand the value of that change.

As I have noted earlier in this book, older, tightly coupled technology architectures are still the norm of many digital immigrant companies. This means that the downstream implications of changes to technology may be more complicated than they should be. Moreover, the cost to maintain these old, cobbled-together systems, often referred to as “technical debt,” can be profound. Here are a few thoughts on how to turn this around.

First, get your arms around the technology portfolio that has been assembled, warts and all. This requires enterprise architecture and will require a solid vision for the shortcomings of the current state and the pathway to an optimized state. This can then create the mandate for change that Carter created. Highlight the current status of technology, the risks of not modernizing, and then paint the future picture with relevant advantages noted.

Second, develop a cloud-first strategy. Cloud technology tends to be more flexible, scaling up and back as needed. It also tends to be more variabilized from a cost structure perspective, which means paying for the technology you use rather than buying more than you need.

Third, develop more loosely coupled technologies, so that changes to one platform can be made independent of others. This includes using microservices and application programming interfaces (APIs).

Lastly, standardize as much technology as possible, and bear in mind the security implications of all that you do. You may have multiple operating companies or business units in your enterprise, and they may be different enough to justify different technology, but remember that FedEx operates an airline, a trucking company, and an office services company, among other parts of the business. Even a business as diverse as that developed a common core technology to be used throughout, while ensuring greater levels of security

These steps align with the four sub-themes:

A starting point is to get your arms around what you have in your technology landscape or portfolio. Enterprise architecture (EA) is the means of doing so from the standpoint of business architecture, data architecture, application architecture, and technology and infrastructure architecture. EA is a foundational method to ensure that you have a solid grounding in what you own and how it fits together, and that you are cognizant of how changes to technology will impact things more broadly speaking. As the corporate and divisional strategies are developed across the company, EA and the leaders of that function should weigh in. They should highlight where technology can be re-used, where standards exist, and the like.

Next is the cloud. Cloud technology is a key ingredient to ensure a company is nimble or not, as it fosters flexibility, scalability (up and down), and increasingly greater security. A convincing case can be made that the more companies go all in on cloud technology, the better positioned they will be for resilience and to be opportunistic as opportunities present themselves. There may well be reasons not to go all in, but there is no doubt that companies must embrace cloud technologies in order to remain competitive in the future.

Microservices and application program interfaces (APIs) are also critical ingredients in modernizing the technology landscape within an enterprise. In the past, technologies were developed as monoliths, and when changes were necessary to some portion of the monolith, the consequences could be profound and difficult to predict. As the name suggests, microservices are a means of breaking down technology into logical components to manage it better, update it and upgrade it with fewer unintended consequences, and improve security at the same time. Not every technology should be developed using microservices, so developing a logical strategy for microservices is important. APIs are also a building block of sorts for technology, enabling modularity in programming. They are computing interfaces which enable interactions between multiple software intermediaries. APIs define the kinds of requests that can be made of one technology versus another, how they should be made, and the technical conventions to follow. They enable better interfaces across the technology landscape within a company as well as facilitating interfaces between companies.

Finally, security is a critical aspect to be baked into all that the technology and digital teams do. It seems like every week brings news of a major company that has had a breach or a government agency that has had documents stolen. Unfortunately, as technology proliferates, so too does the threat landscape. Bad actors have many more ways into the enterprise to attempt to steal the crown jewels. Therefore, your company must have a sound methodology to evaluate and monitor security writ large. This involves both the technical and the human aspects of security.

In a world where companies have gone from referring to themselves as financial services, healthcare, or retail to referring to themselves as technology companies that are in the financial service industry or healthcare industry or retail industries, and they mean it, one would think that the technology that they use is pretty important. It is, but there is a reason why people and processes come before technology in this book. Without the first two being well equipped and nimble, developing a nimble technology landscape will be nearly impossible.

Once they are in place, or at least once the modernization of the practices associated with each are under way, it is appropriate to develop a playbook to modernize the technology landscape. Here, the practices of startups are enlightening. A fast-growing, tech-centric business has the luxury of a blank slate before it, and executives at the company can choose the latest technology to support significant growth. Startups must be nimble. These early days are periods of experimentation, trial and error, and business pivots from one opportunity to the next. Companies like these hesitate to invest in a technology portfolio that is in any way inflexible.

Larger, older organizations do not have the benefit of the blank slate that the startups have. They have invested in technology through the course of the companies’ existence. Any one of them is likely to have museum-grade technology at times running important aspects of the business. Critical data may flow through mainframe computing that is decades old. The philosophy is often, “If it works, and it is fully amortized, and we have some people who know how to develop on it, why not keep it going?” There are plenty of reasons not to. The longer one waits to modernize, the more difficult it will be to pivot as opportunity presents itself or as issues present themselves. Risks increase with aged technology in the form of cybersecurity issues and the departure of those with the skills to support the old systems, to name but two risks. IT departments must make the case for modernization of the tech landscape.

Peter A. High is an expert in business and information technology strategy and has been a trusted advisor to an array of business and tech executives across Fortune 500 companies in various industries. He is the president of Metis Strategy, moderates a weekly podcast, Technovation with Peter High, and writes the "Technovation" column on Forbes magazine. High is also the author of the books World Class IT and Implementing World Class IT Strategy. His newest book, Getting to Nimble: How to Transform Your Company into a Digital Leader, will be available for purchase on Kogan Page, Amazon, and everywhere books are sold.

Peter A. High is an opinion columnist for the CEOWORLD magazine. You can follow him on Twitter and LinkedIn.
view all posts