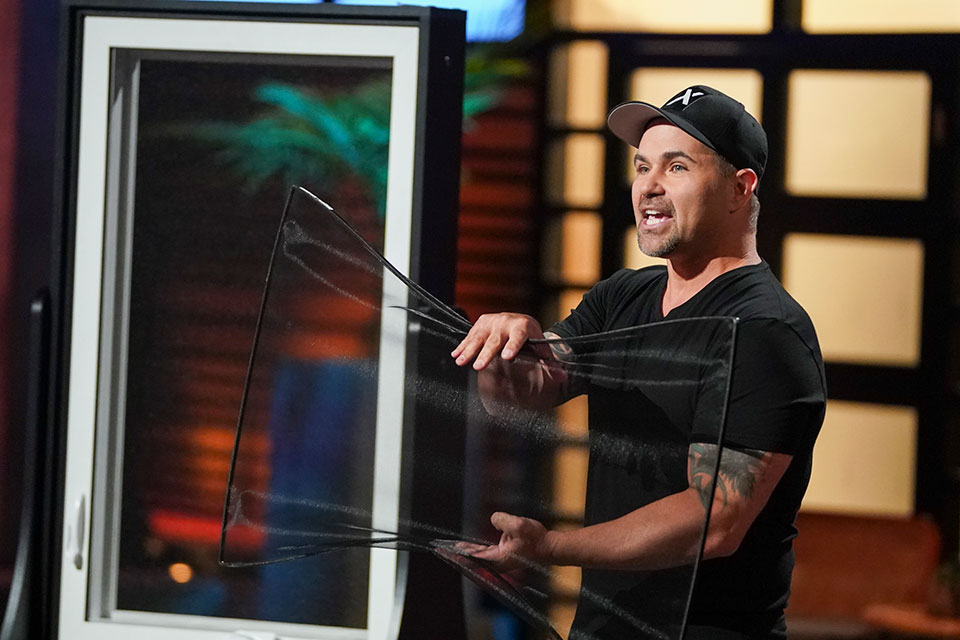 2020 started with a bang. On January 5th, I was surrounded by a few hundred of my closest family, friends, and business associates at a local theater for my big ‘Shark Tank’ TV premier on ABC. I had filmed the episode months before, and it was finally time to reveal the outcome live in front of my guests and about 30+ million other people. It was the party of a lifetime, complete with a drumline, comic hosting, prize giveaways, and an open bar. The atmosphere was electric, and I felt I was truly fulfilling my own version of the ‘American Dream’.

It all started over ten years ago when I was a professional in the window industry and dealt with constant and countless customer complaints about the problematic nature of century-old window screen technology. I knew there had to be a better way, so I took to my garage determined to solve every issue that my customers hated about their window screens.

Several years later, I emerged with my “bubble gum and duct tape” flexible window screen prototype and shopped it around to some industry professionals. I was immediately advised to patent my invention and do whatever was necessary to get it to market as soon as possible. After many talks with my family and trusted advisors, I decided to go all-in. Investors were secured, patents filed, a plant location finalized, custom machinery tooled, and my business was official.

At that point, marketing to the B2C sector wasn’t in the plans. But the “slow yes” from established window manufacturers and dealers to onboard with us prompted me to pivot, rethink, and expand my strategy, eventually hiring a local boutique marketing agency to build an e-commerce website, create a robust social presence, and market directly to homeowners.

This move led to the game-changing moment when I received an email from a Shark Tank Producer saying that they found my product on social media, thought it was a perfect fit to pitch to the Sharks, and asked if I would be interested in coming on the show. At first, I dismissed it as some kind of joke or spam. Shark Tank doesn’t come to you, does it? But a few days later, when my phone rang and “Sony Pictures” appeared on the caller ID, I knew my world was about to change.

I seized this once-in-a-lifetime opportunity and determined that if I walked out of the Tank without a deal, it would not be because I was unprepared. I spent hours, days, and weeks watching previous Shark Tank episodes, learning all that I could about each Shark’s personalities and investment strategies, memorizing my business numbers, and honing the perfect, persuasive, 90-second pitch.

I spent a total of 2 ½ surreal hours in front of the Sharks; makeup, set, and technical adjustments, awkward minutes of silence as we all waited on production cues, some takes, some more adjustments, breaks, more takes, and we were done. It was a thrilling, unbelievable experience.

And now here I was – me, everyone I cared about, and millions of strangers – all about to see my appearance for the first time. Although I obviously knew the outcome, I had no idea how the segment would be edited or how it would come across on TV, and I was feeling almost as nervous as I had at filming. 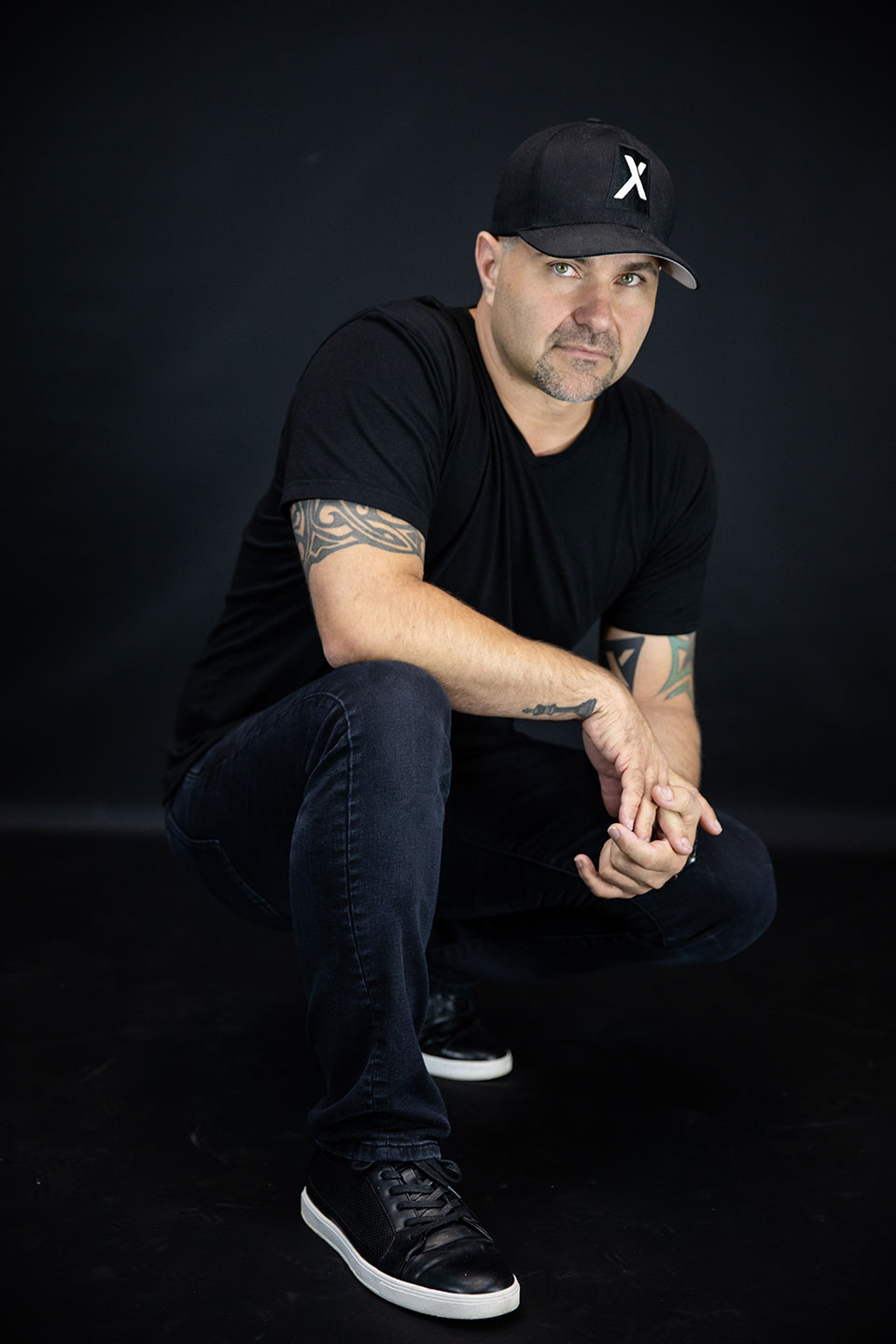 The excitement was palpable, with all eyes on the big screen. Three Sharks made offers for my flexible window screen invention, with Barbara Corcoran and Lori Greiner locked in a tense battle for the final face-off. Barbara was in the middle of selling her attractive offer, and I was considering it, when Lori shouted, “I’ll do that same deal!” I accepted, and the crowd went wild! Many champagne toasts, photos, and a few speeches later, the theater cleared, and I headed home from what was one of the best nights of my life. 2020 was coming up roses – until it wasn’t.

A few weeks later, news started circulating about a potentially deadly virus making its way around the world. Shortly after that, the shutdowns began, uncertainty set in, and business owners everywhere started scrambling.

I knew that for my business to not only survive but also thrive through the pandemic, we would need to take a long, hard look at our strategies and reevaluate everything in light of the unprecedented times.

I was fortunate that in my industry, we had several advantages;

Specifically, we wanted to help homeowners who were looking for ventilation solutions, so we decided to lower our screen price by more than 25% for a limited time. I made a video announcement citing the CDC’s official guidelines and explaining our temporary price reduction. We promoted the video with an aggressive social media marketing campaign.

As an added benefit, FedEx got wind of what we were doing and offered to help by temporarily reducing our shipping costs. We passed these additional savings along to our customers by lowering the price of our screens another $5 each.

The results were unexpected and even a bit shocking. Retail sales increased 500% from March to April and kept rising even after we normalized pricing. We expanded our customer service team, hired more production workers at all of our plants, and added shifts in order to keep up with the demand.

I am grateful to be among the businesses that were able to thrive during a global crisis. In the months since the pandemic began, my company has secured multi-million-dollar venture capitalist investments, signed an equity deal with Lori Greiner, and partnered with Global 500 giant Saint Gobain, whose ADFORS division – the undisputed global leader in technical textiles – now has exclusive rights to sell FlexScreen products within the retail and dotcom channels.

A great deal of the success I’ve had has resulted from calculated risk-taking, a willingness to reevaluate continually, and a firm dedication to investing in increased online awareness through social media, blogs, podcasts, and other brand awareness strategies.

Today’s business leaders are required to be more agile than ever. Be sure that your investments remain relevant and your products or services adaptable. Don’t wait for things to “come back around,” or you may find yourself in the dust of the innovators.

tweet
share on Facebookshare on Twittershare on Pinterestshare on LinkedInshare on Redditshare on VKontakteshare on Email
Joe AltieriOctober 31, 2020

Joe Altieri is a life-long innovator, entrepreneur, and problem solver who turned his cutting-edge invention, FlexScreen - the world's first and only flexible window screen - into a thriving multi-million-dollar company. Since its introduction into the marketplace, FlexScreen has gained international attention and earned multiple awards, drawing interest and eventual partnerships with powerhouse entities, including Global 500 company, Saint Gobain, and American television personality, inventor, and entrepreneur, Lori Greiner (Shark Tank investor and "Queen of QVC). A third-generation entrepreneur, Joe learned the value of creating outstanding teams and healthy organizational cultures from his father and grandfather. He is generous with his resources and time and has been honored and recognized as one of Pittsburgh's Volunteers of the Year. Joe married his high school sweetheart, Alisha, and they have four children, two of whom are married and have children of their own. They all still like each other enough to get together every Sunday for dinner, and Joe considers their healthy family life to be his most important and highest achievement. Joe Altieri is an opinion columnist for the CEOWORLD magazine. Follow him on LinkedIn.
view all posts