Joe Altieri is a life-long innovator, entrepreneur, and problem solver who turned his cutting-edge invention, FlexScreen - the world's first and only flexible window screen - into a thriving multi-million-dollar company. Since its introduction into the marketplace, FlexScreen has gained international attention and earned multiple awards, drawing interest and eventual partnerships with powerhouse entities, including Global 500 company, Saint Gobain, and American television personality, inventor, and entrepreneur, Lori Greiner (Shark Tank investor and "Queen of QVC). A third-generation entrepreneur, Joe learned the value of creating outstanding teams and healthy organizational cultures from his father and grandfather. He is generous with his resources and time and has been honored and recognized as one of Pittsburgh's Volunteers of the Year. Joe married his high school sweetheart, Alisha, and they have four children, two of whom are married and have children of their own. They all still like each other enough to get together every Sunday for dinner, and Joe considers their healthy family life to be his most important and highest achievement. Joe Altieri is an opinion columnist for the CEOWORLD magazine. Follow him on LinkedIn. 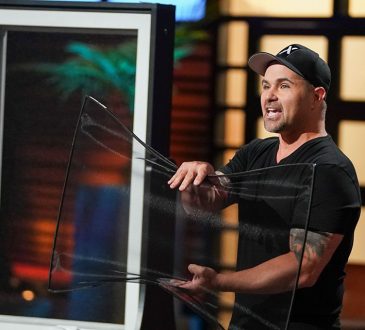 How To Pitch (And Pivot) Like A SHARK TANK Winner

Joe AltieriC-Suite AgendaOctober 31, 2020
2020 started with a bang. On January 5th, I was surrounded by a few hundred of my closest family, friends, and business associates at a local theater for my big ‘Shark Tank’ TV premier on ABC. I had filmed the episode months before, and it was finally time to reveal...
✕