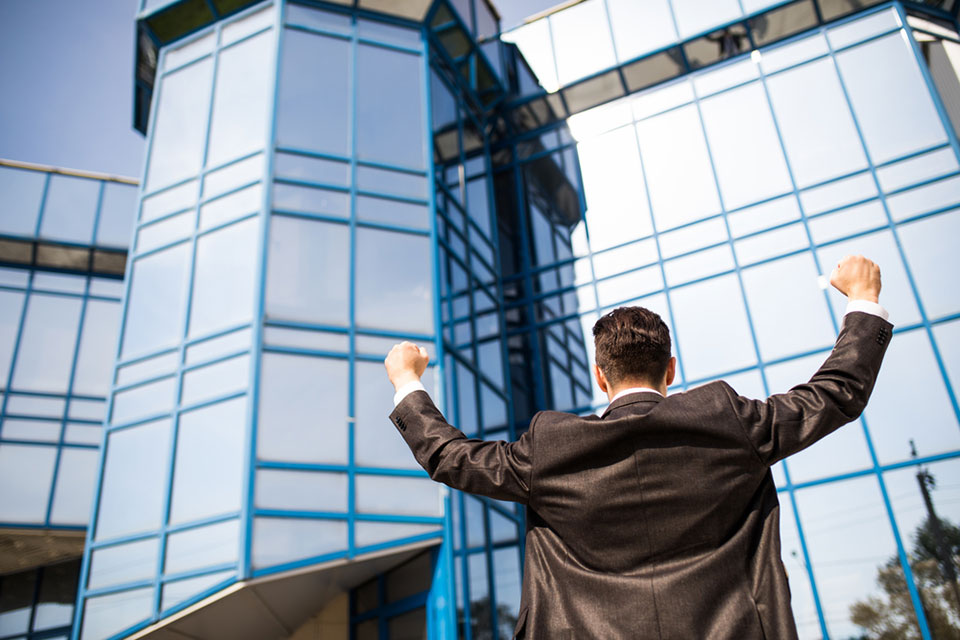 During the pandemic, we have seen the best and worst of behaviours – exemplified by political leaders, with the seemingly correct leadership of Jacinda Ardern in her handling in NZ, against a stunning comparison of Trump, Putin and now China. We have seen incredible collaboration, and a light at the end of a tunnel highlighted by the miracle that could be a vaccine. And yet, we are now faced with the catastrophic fallout between the west and China over Huawei and recently in the UK, the publishing of a report on Russia’s intervention in elections and the hacking into the vaccine programme.

All in all, not a great picture of alliance, behaviours or culture and let us be honest, many aspects of the West have displayed terrible behaviours too, so nobody comes out of this looking good. Exacerbated by the BBC’s Andrew Marr’s live interview with the Chinese Ambassador to UK over some drone footage, both stunning and chilling.

Partnership is based on having a joint purpose that partners recognise they cannot succeed in fulfilling without collaboratively working together. It is the purpose that creates and sustains the driving energy of the partnership. This is true for marriages, mergers, country alliances, teamwork and becoming a team of teams.

In his book ‘Seeing Systems’, Barry Oshry defines partnerships as: A relationship in which we are jointly committed to the success of whatever process or project we are engaged in. He shows that partnership and partnering can exist at all levels in systems, from countries signing an alliance or economic union, to neighbours agreeing to help each other out. At whatever level it operates, the partnership requires a joint purpose, equal commitment, reciprocity, and trust.

Partnerships cannot be built on the changing sands of interpersonal affinity and trust as partners inevitably change. In a business partnership, this may be through different people occupying the roles representing the different partner entities. In a marriage the name of who you are married to may stay the same, but the personality, needs and ways of being can change incrementally or dramatically.

A sustainable and meaningful partnership is multifaceted. It is not just formed by the two consenting partners but formed on the solid ground of a joint purpose, or challenge, or contextual requirement. The purpose or challenge will inevitably evolve and change over time and a successful partnership constantly learns and adapts in relation to this changing purpose.

And although most business leaders may not have influence on the world stage, what they can manage is the promotion of high trust, honest workplace environments to ensure their organisations display the behaviours required to co-create high value business partnerships. And this will educate partners in more authoritarian regimes on the value of promoting ethical, more trusting, authentic leadership behaviours. In the end, the undermining tactics displayed by some governments are not sustainable and they will lose out in the longer term, as their influence will fade in the face of high trust, higher performing cultures. Effective leadership and evolving cultures are widely recognised as imperative to creating healthy, thriving organisations and we know this to be true within country borders. HR can play a role in promoting effective partnerships through applying the principles of the emerging and persuasive discipline of team coaching.

Behavioural scientists and others have been fascinated by the nature of teams for over a century and many of the most famous social experiments, such as the Hawthorne effect (see Franke and Kaul, 1978; McCarney et al, 2007), have been aimed at creating insight into the processes that make teams effective and ineffective. From the perspective of the coach, understanding the fundamental dynamics, both of teams in general and of the teams with which they or their clients work, is an important part of the knowledge and skills set.

True partners, like team members should spend time getting to know each other authentically. They should value each other’s experience and insights. They should agree on how to manage confidentiality, but also respect how transparency promotes trust, and agree at the beginning what roles each team member will play, when and how to intervene and press the “pause” button, and how they will support each other as equal partners. And when meeting, how they review and reflect on each session together for mutual learning. As equal partners, team members must remember they are role modelling teaming and appreciate trust is the hallmark of all relationships.

And true transformational leadership is all about finding value and opportunity through trusting relationships. Just because a politician or leader appears confident, is assertive, and believes they have the answers, does not mean they have the depth of understanding or the social competence to truly serve. We are all witness to the failings of politicians who are dependent impulsive, and who lack the substance and wisdom of more socially astute leaders.

According to a study by Korn Ferry Hay Group, leadership behaviour influences 50-70% of an organisation’s culture. Even at a country level, cultures and behaviours will decline over time if effective leadership behaviours are not role modelled, including in the community. A country’s level of cultural evolution will influence the leadership characteristics they vote for – Dependent Impulsive, Reactive Compliant, Goal Oriented Achievement, Independent Collaborative, or Proactive Adaptive. And trust, a learnt quality, can very easily be substituted with fear (a survival mechanism) if not respected in our society’s, as is evident today in some Western cultures struggling with social and economic decline. 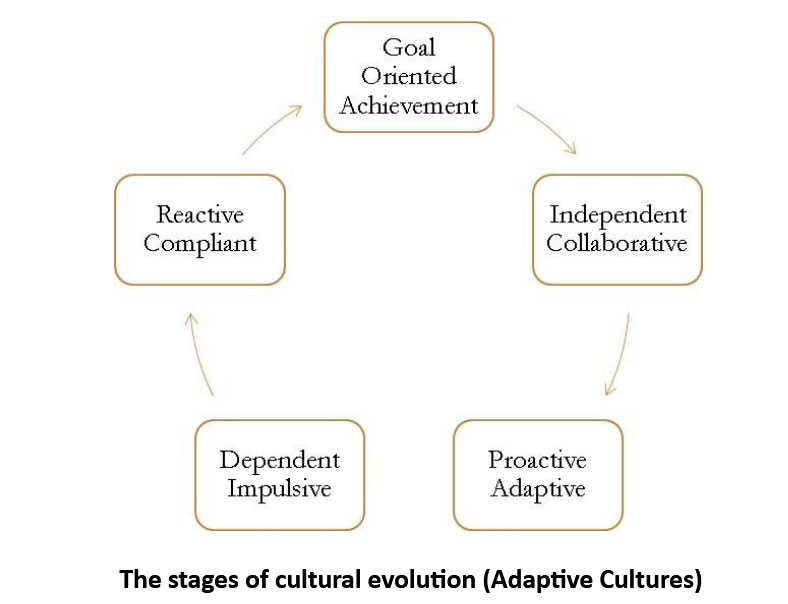 A study by David Rooke and William R. Torbert named the Seven Transformations of Leadership found the search for new leadership perspectives often manifests itself in personal transformations and increased self-awareness (Ei). Most developmental psychologists agree what differentiates leaders is how they interpret their surroundings and react when their power or safety is challenged. Relatively few leaders, however, try to develop self-awareness (around 15%), and fewer still have explored the possibility of changing their behaviours.

The power of values-driven, transformational leadership is most evident in politicians who are emotionally astute, compassionate, and therefore influencing. Like Jacinda Ardern, who openly leads from the heart, and connects securely with her constituency, to build trust, and manage every aspect of government, including the economy. An example being when Jacinda partnered with some of New Zealand’s largest construction companies in a bid to tackle the sector’s reputation after company collapses and poor-quality builds. She is a generalist and professes to not having all the answers, but what she does have is the social skills to connect strategically, and the cultural intelligence to act appropriately thereby demonstrating an adaptive personality and a system mindset. While transactional leaders employ tactical and even calculating approaches, transformational leaders employ objective strategies which usually encompass purposeful social change, like Jacinda’s wellbeing budget.

And what is most evident today, is transactional leaders in low trust cultures, who do not respect social development, inevitably end up destroying the longer-term value in relationships with an associated economic cost, in candid, tit for tat exchanges. Understand why many of our outdated, adversarial political systems often encourage this type of egoistic behaviour and groupthink. Meanwhile transformational leaders who promote high trust cultures, and who value relationships, are more likely to build the security required to support partnerships and innovation. And hopefully this will define a new world order when the citizens of countries with more authoritarian regimes finally awaken to how insecurity and fear is used to divide, weaken, and control populations.

People need to understand the behaviours of conventional versus compassionate leaders, and how they influence either a reactive or proactive culture, and how by expressing optimism, hope, and strategic pathways, social change leaders can secure the future of an organisation or country. Fear, complacency, and risk aversion can so easily identify a compliant or impulsive culture in the absence of transformational leadership.

And if you do not know what success looks like and how it will be measured, you are far less likely to achieve it. Thus, it is important for teams to undertake some work to define what success would be like for them and their key stakeholders. Some of this will be based on their external commission and on the current metrics used to measure success in the organisation, as well as any current 360-degree feedback mechanisms. As in life, finding and selecting the right partner is only the first step in a successful partnership. Team coaching does not end, rather it transitions from being done by a coach external to the team to being done by the team itself. That is the measure of a true, co-creating, adaptive partnership.

tweet
share on Facebookshare on Twittershare on Pinterestshare on LinkedInshare on Redditshare on VKontakteshare on Email
Tony HolmwoodOctober 31, 2020

Tony Holmwood is a cultural change and Ei coach, author of Best Behaviour and founder of Outperf4m Consulting. Tony is an opinion columnist for the CEOWORLD magazine.
view all posts