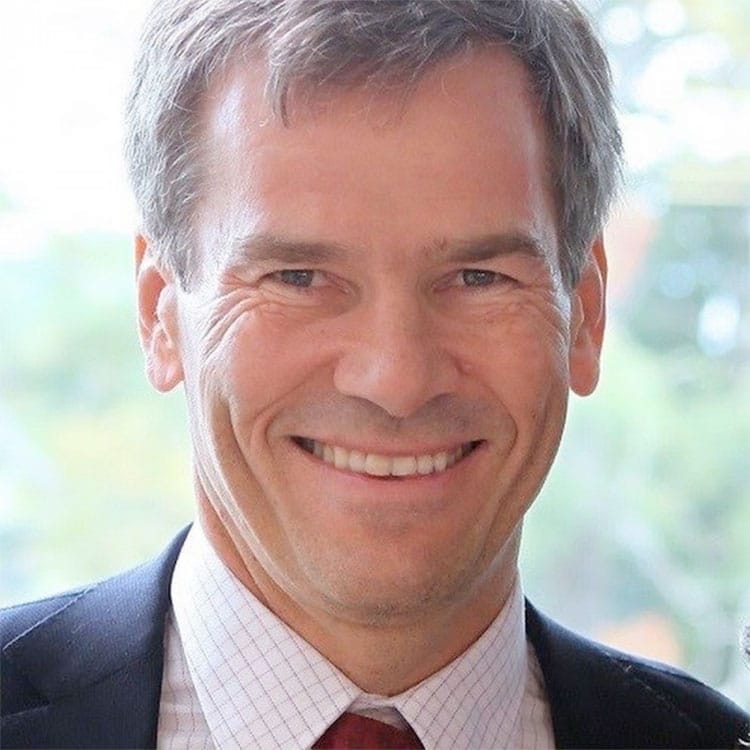 Ragnar Horn of Taconic AS

Ragnar Horn is the chairman of the Norwegian investment company Taconic AS. Born and raised in Norway, Horn attended university in the United States, first earning his bachelor’s degree from Williams College, and then attending Harvard Business School to complete his MBA. After a few years working as an investment banker in New York City, he returned to Oslo to run the family business, an investment firm in Norway that invests in real estate, shipping and offshore projects, as well as in telecoms, media, hedge funds and private equity firms. As chairman, Horn is responsible for the company’s business strategy in regards to investment decisions, and also finalizes transactions that involve mergers, acquisitions, equity transactions and public debt.

In addition to his position at Taconic AS, Horn is deeply involved in philanthropic work and has chaired the board of several non-profit organizations.

What traits have helped your career the most?

I would say my competitive spirit has been one of the biggest factors in my drive. I have always had a competitive nature and since I was young I competed in cross-country skiing races. I was a Division I skier in college and most recently have competed in three cross-country races this year. I believe it is competitive people who truly make a difference in the world. Most people don’t comprehend the amount of drive it takes to be a leader, and in today’s society competitiveness can sometimes have a negative connotation. It may be associated with greed, envy, or narcissism, but it’s important to remember that feeling competitive is healthy and natural. It pushes you to work harder, learn more, and become more efficient. Contrary to the idea that competition creates an inhospitable work environment, I believe that being truly competitive means knowing when cooperating and working well with others is the best way to win. Having a competitive nature prevents complacency or settling on past achievements. If we’re competitive, we can acknowledge and be satisfied with what we’ve achieved, but remain motivated to always improve. If we fail at something, we can use it as motivation to keep going.

As a business leader, what advice do you have to give on leadership?

Be a good listener and keep an open mind. Business imitates life, in that it is all like a series of negotiations. When negotiating, you try to understand the interests of all stakeholders, and look for a solution that results in shared gains. When interacting with anybody, I try to make sure to put down all the distractions available to me such as my phone or computer so I can truly focus on them. I believe that leaders who learn to be strong listeners are better equipped to keep a finger on the pulse of their businesses.

Similarly, thinking that life can easily fit into categories like right vs. wrong or good vs. bad, over-simplifies it and leads to close-minded thinking. It can be easy to jump to conclusions about people, trying to categorize based on how you perceive their behavior, but by keeping an open mind you earn the respect and trust of those working beneath you. Keeping an open mind also contributes to more innovative thinking, as by leaving yourself open to other opinions, you open yourself up to a multitude of possibilities in terms of personal development and growth.

What is one failure in the business world you hope to see remedied?

Over and over, I see great leaders and CEOs make mistakes by falling prey to a cognitive bias, or an error in thinking that affects the decision we made. Acting subjectively when making decisions rather than taking an objective viewpoint can lead to fatal errors not only in our businesses, but also in our lives. I recently read Jon Krakauer’s “Into Thin Air”, about the ill-fated Mount Everest expedition in 1996 that resulted in eight deaths. The book itself is a fascinating and tragic real-life account of the disaster, but I was struck by how the leaders of the trek exhibited cognitive biases in their decision making that we often see is business. For one, they prioritized sunk costs, continuing to hike past the usual safe cutoff point due to the money and time that had been invested. They were biased towards recent, rather than accurate information when they assumed that because weather for the past few climbing seasons had been fair, it would continue to do so for their voyage, leading them to get stuck in a blizzard. They also succumbed to overconfidence in their skills and abilities as climbers, believing that because they had not failed in summiting the mountain previously, this was unlikely to present a challenge. All of these biases are a common pitfall of modern corporate leadership and can also prove critical for leaders if you are not vigilant to avoiding them. Leaders learning to become more aware of these natural biases is something I think would improve the quality of leadership in the world today.

tweet
share on Facebookshare on Twittershare on Pinterestshare on LinkedInshare on Redditshare on VKontakteshare on Email
Ryan MillerJuly 1, 2020