CEOWORLD magazine - Top Stories - CEO Insider - In the Midst of a Pandemic, New Data Helps Leaders Focus on What People Care About Most 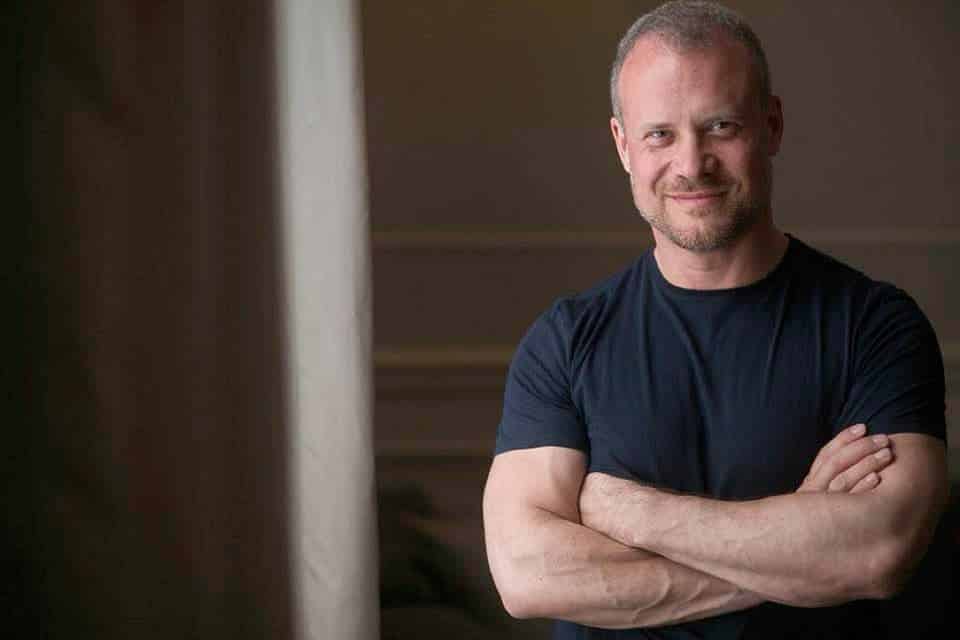 Around the world, we’re going through an unprecedented period of uncertainty that is affecting all aspects of our lives: personal, emotional, spiritual, physical, and of course commercial. As human beings, when we’re full of anxiety and worry, we double down on what’s most important to us:

The most effective leaders in times of crisis put their energies into helping people with what they care about most; what they value. If leaders try to pull the collective focus toward something else, it simply won’t work. In fact, it will very likely cause resentment and distrust. Help people with where they’re at, and they will follow you.

Thankfully, it’s no longer a mystery what our teams, anywhere in the world, value the most. The Valuegraphics Database is the first statistically accurate dataset that maps precisely what people care about, and how those values vary from one group of people to another. All that data, those half a million surveys collected from 180 countries in 152 languages, have taught us some fascinating things.

As you might imagine, values differ depending on where you are in the world. However, in each of the eight regions we’ve identified, what we call a togetherness value emerges at the top of each list. More than anything, anywhere, we desire to be with each other, but how we desire our togetherness does vary. We see togetherness values like family, relationships, and belonging topping the togetherness rankings in various parts of the world, and while these seem similar, there is a significant difference between each of these values that dictate how leaders should lead.

No matter where you are in the world, creating products, services, brands, and messages that leverage your most powerful togetherness value is an effective way to inspire action. But beyond togetherness, what then? What are the specific values that people are focused on right now; the values that business and political leaders should focus on too? Let’s look at what people in the United States care about most, and, by way of comparison, the Middle East.

The Values Unique to the USA

Let’s start with the value that tops the list in the United States of America: health and wellbeing.  It may come as a surprise that health and wellbeing is the most important value for Americans, given the near-constant reports we hear about how we are not a very fitness-focused nation. But there is a big difference between health and wellbeing appearing as a top value, and actually being healthy and well.

North American culture glorifies the physically fit and attractive, so many people who are not fit nor active are driven by an overwhelming desire to be so. It’s why in 2018 we spent more than $4.5 trillion on health and wellbeing brands. It’s also why, when we travel outside of the USA, we often feel out of place wearing our sweats and yoga tops to the grocery store; clothing that would be perfectly suitable for picking up milk and bread in Iowa or New Jersey, but painfully not in Geneva or Madrid.

Plus, everyone has their own idea of what health and wellbeing means, and that’s what the Valuegraphics Database has measured. In our surveys, we do not define any of the 56 values that we have measured. We leave it up to the survey respondents to decide what they mean, because that’s what our research is trying to understand. If someone thinks they are healthy and fit, then they will make their decisions based on the idea of themselves as a healthy and fit person. For our research, which is focused on influencing how people make decisions, that’s all that really matters.

If you are a leader in politics, business, or the nonprofit sector, leveraging the importance Americans place on health and wellbeing is your most powerful tool to change behaviors. Announcing a change in HR policy to your workforce, for example, will be well-received if the benefits to employee health and wellbeing are obvious for all to see.

In the USA, the second most powerful driving value behind health and wellbeing is personal growth: being a better version of yourself tomorrow than you are today. Right now, when the virus we are battling around the world requires that everyone stay at home as much as possible and self isolate—this should be discussed as an opportunity to grow. Some time alone is good for everyone, after all.

Offer solutions that emphasize growth: live-stream yoga classes from the company HQ. Send supplies to employees’ homes so that children can color or draw. Consider offering employees online education around a variety of subjects that might interest them, from learning a new language to work-related topics that will help them succeed when life returns to normal.

Meeting basic needs is the third most important value for Americans. Everyone will have their own idea of what basic needs are, but all are united around the idea of how important it is to maintain them. Short-term employee hardship loans for groceries and other essentials would go a long way to ensuring your workforce stays as loyal and dedicated to the success of the organization as you have been to their personal success during these tumultuous times.

The Top Values in the Middle East

The top-most Togetherness Values for everyone in the Middle East are almost identical to the citizens of the USA: family, belonging, and relationships. From the perspective of how we relate to the people around us, we are all more similar to each other than anyone might have suspected.

But that is where the similarities end. After the various forms of togetherness, the top three values in the Middle East are morality, loyalty, and financial security. Let’s look at each one in light of the current pandemic.

A few months ago I toured the Middle East and spoke at a series of conferences and events about Values Thinking and the Valuegraphics Database. The issue of morality kept coming up, as its first-place Valuegraphics ranking for the region is unique in the entire world. People I met after my speaking engagements assured me that the research was correct, that morality was indeed the most important value in their lives.

As with all the values in the Valuegraphics Database, morality is in the eye of the beholder. But there will be some very obviously moral things that leaders can do. Do not make decisions based on profit or preserving capital. Make all your decisions based on ensuring that everyone following you is safe and secure. The moral decision may not always be the easiest decision, and that’s part of what needs to be communicated. Making decisions that are clearly based on morality in both good times and bad, both when it is convenient and when it is less so, will be the strongest message of all.

Loyalty can be a simple win for leaders in the Middle East. We know from profiling populations around the world, for organizations in a wide array of sectors, that loyalty has complex underpinnings: people are loyal to different things for different reasons. But one simple truth weaves through it all: reciprocity reigns supreme.

Leaders who hope for loyalty from their team must first display loyalty to their followers, to their families, to their customers, and to their suppliers and contractors. Now is not the time to cut anyone loose. Now is the time to reach out and do whatever you can to make sure that everyone in your sphere of influence is pulling through these turbulent times. Do whatever you can to be loyal and it will be returned.

Financial security is a grounding value in the Middle East, coming in at third place on the list of the most important values in the region. With large, soulful values of morality and loyalty leading the day, financial security is necessary for any of these more human and humane values to take hold. Of course people are worried about their financial security right now, and of course leaders in all walks of life should be stepping up to the plate and doing whatever is possible to help.

Loosen the purse strings, put programs in place to help the most financially troubled, and whatever you do, don’t bog anyone or anything down in too much red tape. But remember that financial security is a solid third place after morality and loyalty. It’s important. Money always is. But in the Middle East, morality and loyalty are more important still.

Our Values Determine Our Actions

As we’ve surveyed more than half a million people from around the world, a lesson we’ve learned and seen play out time and again is this: what we value determines what we do.

So, if you’re a leader who’s asking those you lead to act a certain way—such as staying home during a pandemic—you can dramatically increase your chances of success by speaking to their values. Messaging to family, belonging, or relationships is a great place to start, but each region has other values that trigger people to behave.

Want to know how to lead during a crisis or instill confidence in your team? Start by adapting your messaging and actions to speak to several values at once, thereby forging an even deeper connection with others and inspiring more of them to act. 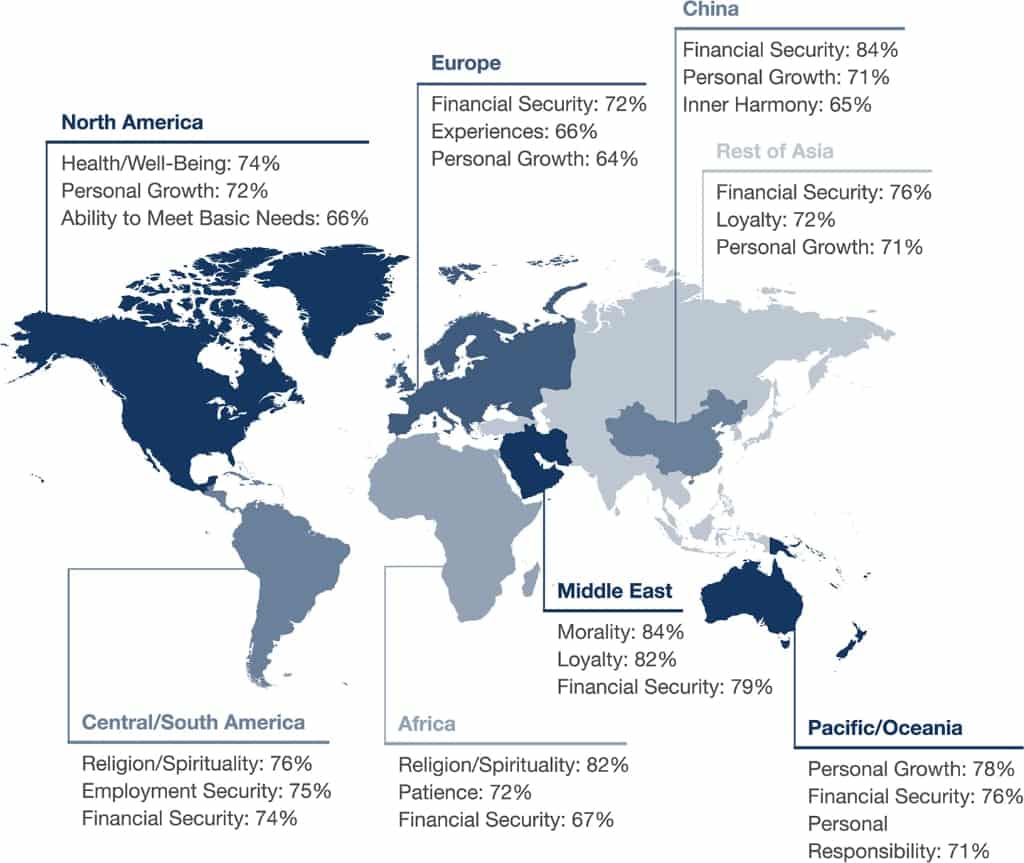 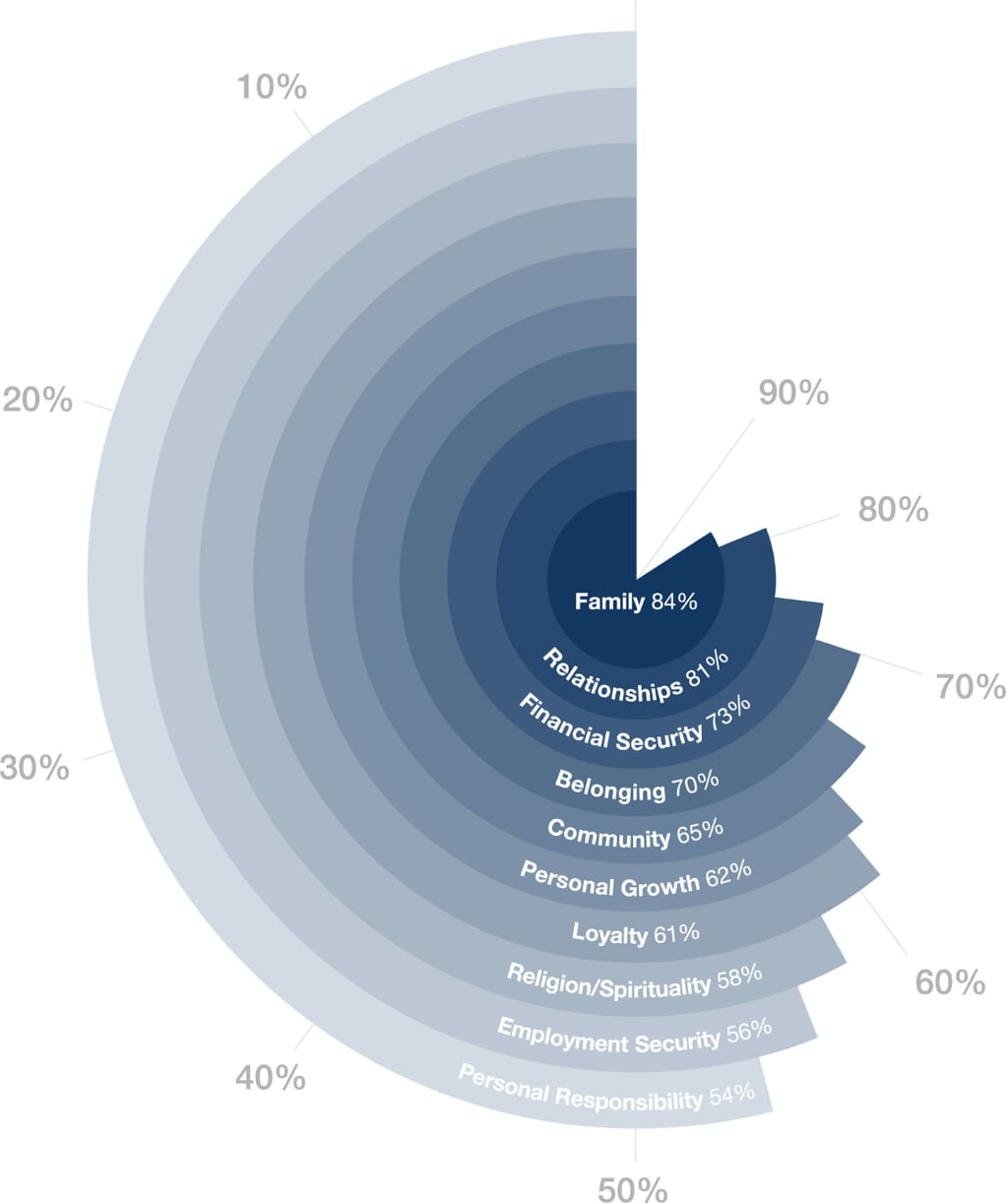 CEOWORLD magazine - Top Stories - CEO Insider - In the Midst of a Pandemic, New Data Helps Leaders Focus on What People Care About Most

David Allison is a bestselling author, international speaker, and the founder of The Valuegraphics Database, the first dataset that measures what everyone in the world really cares about. His mission is to end the use of demographic stereotypes, advocate for values-thinking as the new best-practice for organizational decision-making, and change the way we look at the world. His most recent book, We Are All the Same Age Now, was the global marketing and consumer behavior #1 best-seller within 24 hours of its release. INC Magazine named it one of the top ten Leadership Books of the year, and Kirkus Reviews called it "a genuinely original contribution to marketing literature." David Allison is an opinion columnist for the CEOWORLD magazine. Follow him on LinkedIn.
view all posts