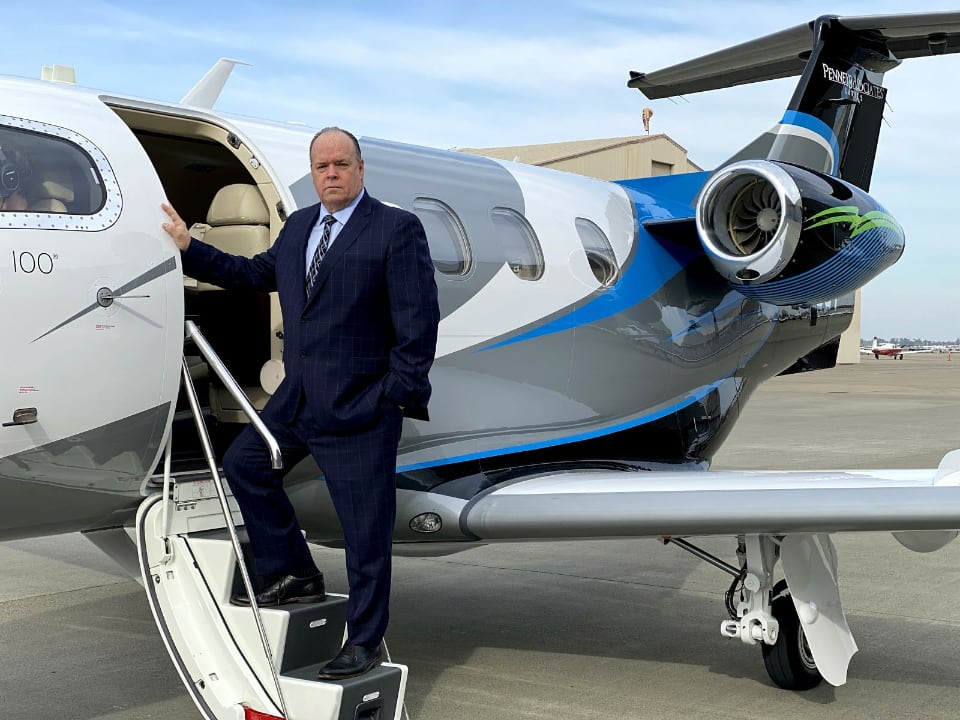 A recent Gallup survey shows that, since 2017, a growing number of the public have become more stressed. Approximately 45% of people report to have “a lot” of stress in their lives, while over one-fifth say that the experience “a lot” of anger. A large portion of those experiencing elevated levels of stress, according to Gallup, are those earning a lower income. Penney, a plaintiff’s lawyer with over 28 years experience and media mogul, has two solutions for those seeking to change their economic status, one of which is to be grounded in a religious faith.

“In my opinion, you must work hard and long hours to become successful, but you must find balance between family, friends, religion and work,” says Penney, who thinks faith can benefit an aspiring young professional’s state of mind. “I truly believe that it is important to be a person of faith. Whatever faith you choose that promotes goodness is wonderful, just make sure that you are committed. This will ground you in life.”

Penney, 56,  grew up in a low-income, California household before going on to earn a bachelor of arts in Philosophy and a juris doctor degree from Brigham Young University in 1988 and 1991 respectively. Within years, he began his own personal injury firm called Penney and Associates in Sacramento, California and expanded the corporation’s locations all across the state. The challenging cases taken on by Penney’s firm earned him recognition in the media sphere, eventually leading the lawyer to become the host of the nationally syndicated radio show “Radio Law Talk.”

Penney says that he managed his stress over the years by finding a “quiet place,” adding that finding balance is just as important a discipline as developing a hard work-ethic.

“Find your quiet mind-clearing space, whether it is Yoga, a swing on the country farm, a special place outdoors, or even a quiet place in your home,” said Penney.  “That space is important to clear your mind and allow you to make good decisions,” he added, noting that his quiet place was pivotal maintaining a clear mind in the legal field.

According to the survey, researchers believe that economic status and political polarization may contribute to growing stress, though not enough data suggests they are directly the cause.

“What really stood out for the U.S. is the increase in the negative experiences. This was kind of a surprise to us when we saw the numbers head in this direction,” said Managing Editor for Gallup’s World News survey Julie Ray to the New York Times. “We are seeing patterns that would point to a political explanation, or a polarization explanation, with the U.S. data, but can we say that definitively? No,” Ray also said.

However, to the point of economic struggles, Penney says Americans should avoid sensationalized business fads, and focus on growing their long-term economic status. “It is okay if it takes you ten years to build your business. Getting rich quick is so rare, but unfortunately those are the ones that make the headlines,” said Penney. “Work hard, persevere, and keep balance in your life first, business second.”