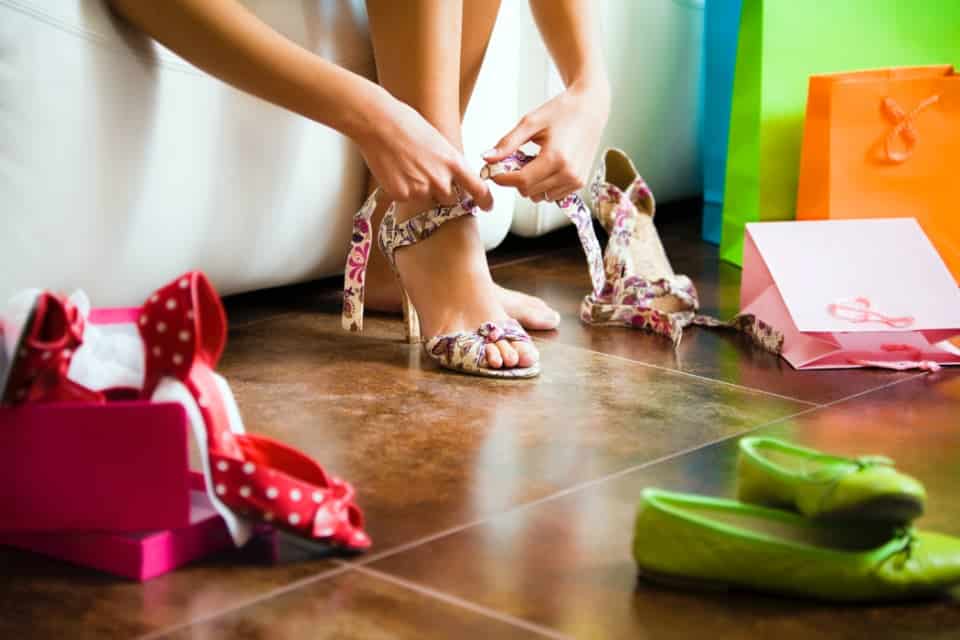 How much you would like to spend on a pair of high heels if you are a millionaire? Well, the general answer would be- it depends, maybe a few thousand dollars at max. Can you believe some celebrities spend even a million dollars on a single pair of outrageously designed high heels? What could be the reason to be unreasonable?

Attention, propaganda, or simply passion. Maybe a mix of all, just to ignite the hot wire of glamour circuit and be a buzz factor. Celebrities survive on sensation and spending millions on shoes could be just one of the ingredients of sensation soup. Anyway, whatever is the purpose but it is their right to spend big on cars, attire, meals, mansion, and whatnot.

Exclusivity is the key driving force and celebrities move heaven and earth to get that ultimate look; of course, heels are also one major component of that exclusivity. There is no doubt it takes time, energy, and effort in creating an exclusive piece, so it is not always about the price tag but the art and craftsmanship that goes in designing an exception. Here are some of the most expensive heels worn by celebrities in the recent past to help you understand the dynamism of powerful mobility for light, camera and, action.

You can easily visualize the purpose and intent behind wearing this exorbitantly high-price heels and sneakers by celebrities. The outcome is simple, and that is the sensation-the lifeblood of celebrity life. Valuation is a tricky game,  however, it is the craftsmanship that needs to be highlighted and appreciated.

tweet
share on Facebookshare on Twittershare on Pinterestshare on LinkedInshare on Redditshare on VKontakteshare on Email
Alexandra DimitropoulouJanuary 16, 2020