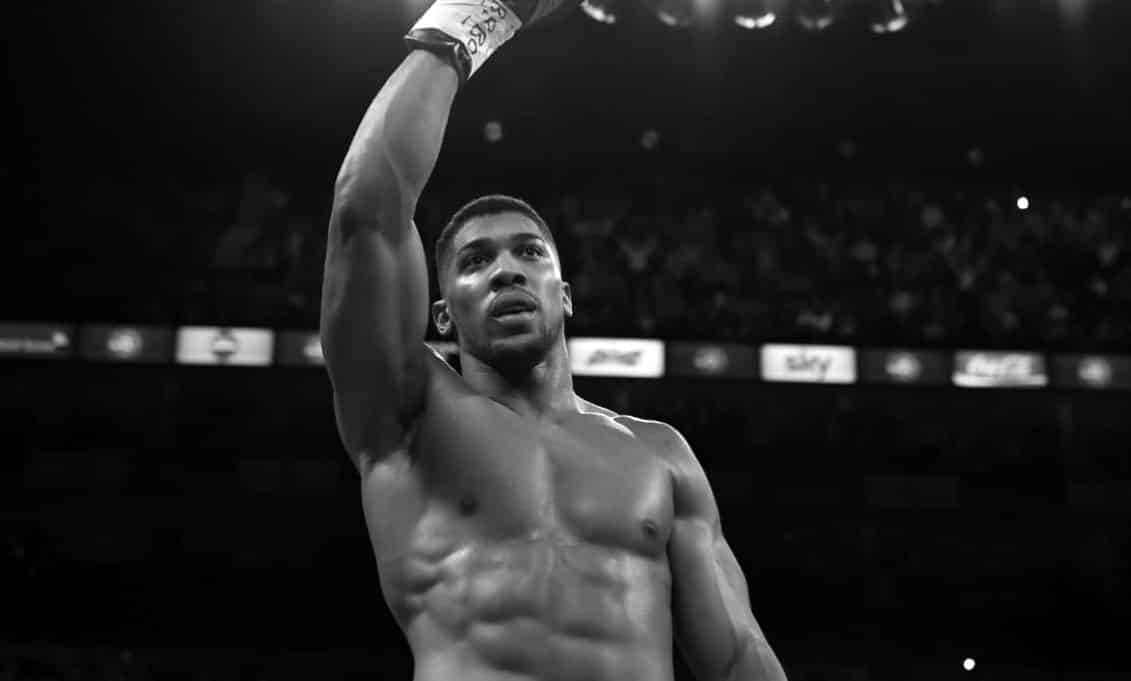 Unsurprisingly, Floyd Mayweather has been named as the richest boxers in the world for 2019, according to a new report by the CEOWORLD magazine, while George Foreman and Oscar De La Hoya placed second and third, respectively. Floyd Mayweather is believed to be worth around $564.22 million – a whopping $508 million more than Britain’s Olympic gold medal-winning hero, Anthony Joshua. George Foreman occupies second place, with the 70-year-old consisting of the worth of $302.22 million.

The likes of Oscar De La Hoya and Manny Pacquiao all follow, with earnings of $201.04 million and $191.96 million respectively. To identify the top ten richest boxers in the world for 2019, CEOWORLD magazine reviewed numerous national and international media reports. Additional information about the boxers came from Forbes, Businessweek, CEOWORLD magazine, Fortune, Celebrity Net Worth, and The Economist.

The 2019 rankings placed Manny Pacquiao in fourth ahead of Lennox Lewis into fifth; while Sugar Ray Leonard ranked sixth, and Canelo Alvarez seventh.

Overall, among the top 10 richest boxers in the world for 2019, the eighth, ninth, and tenth positions are held by Vitali Klitschko, Wladimir Klitschko, and Anthony Joshua. 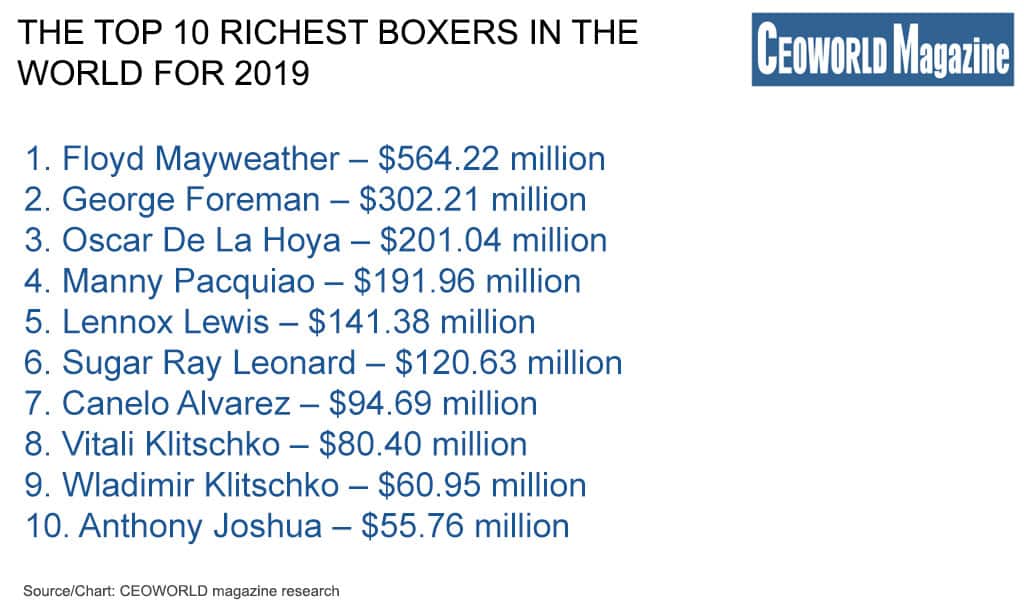 For those who are planning their next business trip, here are the best hotels for business travelers to stay in Abu Dhabi. Tel Aviv. Jerusalem. Cairo. Doha. Guadeloupe. and Sharm El Sheikh.

tweet
share on Facebookshare on Twittershare on Pinterestshare on LinkedInshare on Redditshare on VKontakteshare on Email
Anna PapadopoulosOctober 31, 2019