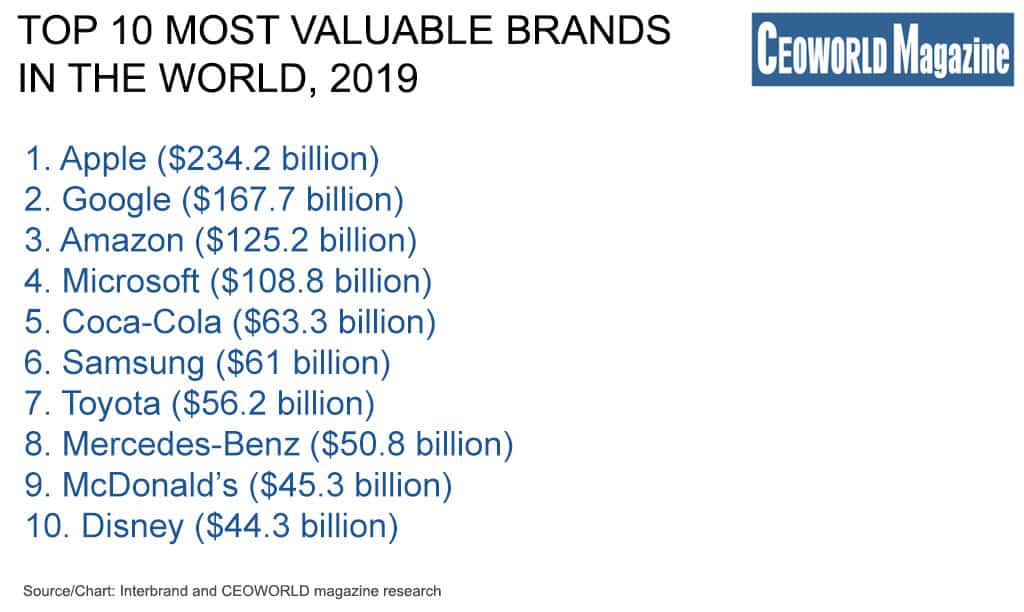 Apple was crowned as the world’s most valuable brand this year with an estimated brand value of $234 billion, that’s according to Interbrand, while Google ($167.7 billion) and Amazon ($125.2 billion) placed second and third, respectively.

The 2019 rankings placed Microsoft ($108.8 billion) in fourth ahead of Coca-Cola ($63.4 billion) into fifth; while Samsung ($61 billion) ranked sixth, and Toyota ($56.2 billion) seventh. CEOWORLD magazine reviewed the latest Interbrand’s Best Global Brands report for 2019 to determine the most valuable brands in the world. Revenue figures represent the most recent fiscal year reported.