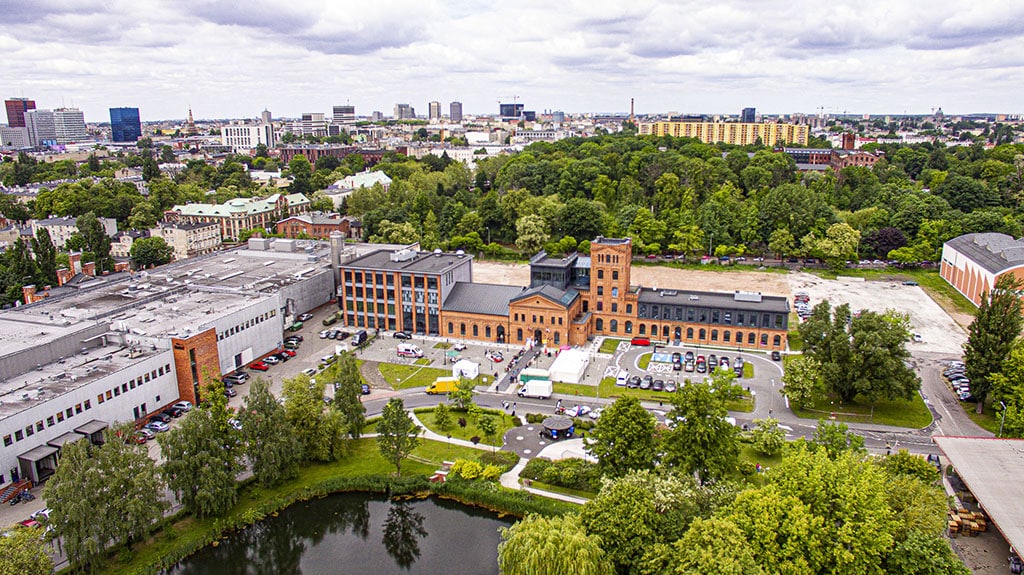 Business has fallen in love with economic zones. The new provisions governing the activities of economic zones have, even more, opened them up for investment. The simplified regulations have rendered that more and more companies from the SME sector are knocking on the zones’ door. Polish companies are more likely to benefit from the zones’ offer, as can be seen in the statistics. The Łódź Special Economic Zone has attracted nineteen investors within the last six months – of which as many as thirteen from Poland, and nine are either minor or medium entrepreneurs.

“Nowadays, economic zone shall be construed as not only tax exemptions. It represents a business back office, equipped with all necessary tools for an investor”, says Marek Michalik, president of the Łódź Special Economic Zone. One of the fourteen operating across Poland. Their main task is deemed as the procurement of companies that whether invest in, create jobs, develop, and in return, shall neither be held obliged to pay PIT nor CIT income tax. At some point in the past, the zones were more interested in major investors. The thing that mainly mattered was the size of the investment and the number of jobs created. These days, the provisions governing the activities of economic zones and the granting of public aid are to promote modern investments.

“We are seeking out for companies which are oriented into long-term development. Wish to introduce modern technologies and facilities for employees. Create R&D centres from which they can transfer new business solutions onto the market – as it is explained by Dorota Lombardi, director of the Department of Acquisition and Supporting Investors in the Łódź Special Economic Zone.

Tax relief might reach up to 55% of the amount of invested expenses. Its value varies depending on the region. Before granting, nonetheless, an investor must submit an application for support which, subsequently, undergoes assessment. Points may be obtained, for instance, on account of an environmentally friendly investment, creating an R&D centre, affiliation to a national cluster, supporting employees in developing their competences, or creating high-paid jobs. These are the requirements imposed by the legislator. However, investors set their own. For example, the Łódź Zone offers the possibility of cooperation with startups, business solutions based on 5G technology, co-financing for training courses for employees or the possibility of renting production and warehouse space in a modern hall.

“We create a platform for investors to develop a modern business, based on solutions dedicated to the profile of their activity. We are the first ones in Poland who implement 5G technology in factories of our investors, and as the only ones, we allow them to cooperate with startups in designing innovations for them. Not only do we exploit the dynamic process of digitization, but we indeed create it.”

The process of implementing a project based on 5G technology undergoes within the Łódź Zone. It is there where startups shall have created 5G solutions for a specific investor. And what possibilities does the cutting-edge fifth-generation network give? Autonomous trucks, robots operating in factories, tracking the wear process of machine parts or controlling and monitoring production in real-time at a distance – these represent just some of them.

The age-old myth – the zone is not for SMEs

There is still a belief among entrepreneurs that investing in the zone is only for large-sized companies. One could not be more wrong. The new provisions, introduced last year, have made Poland one vast investment zone. What has changed? Once, an investor had to invest in the economic zone to receive the income tax exemption. Fourteen zones are spread across an area of about 25,000 ha, or 0.08 per cent of the country’s territory. It has made investors moving merely within strictly designated areas. Today they may do it on virtually any plot of their choice.

“It is particularly good news for companies in the SME sector. We do have dozen-or-so entrepreneurs who have not made investments in the zone beforehand, to be specific, due to the limited area. Presently, they can build a plant across the street, on a plot next thereto or expand it in a place where it already exists and not pay income tax up to the amount granted in the decision” – explains Marek Michalik, president of ŁSSE S.A.

Entrepreneurs are already struggling with the problem of a lack of specialists on the market. They self-establish cooperation with universities and technical colleges so that graduates would be better prepared to perform the professions they offer. Special economic zones, which enter into a partnership by creating patronage classes or support the creation of new faculties at universities, also have a lot to coil in this field. The Łódź Zone took a step further, which together with its investors created the Technical School of Automation and Robotics – the first such technical school in Poland. Major brands, such as Miele, Delia Cosmetics, and Ceramika Tubądzin got involved in the project. The first students started education this year. They will have gone through the dual-learning mode, i.e., a combination of theory taught by teachers and lecturers from the Łódź University of Technology with technical classes – practices and training in factories where investors have made their contribution. 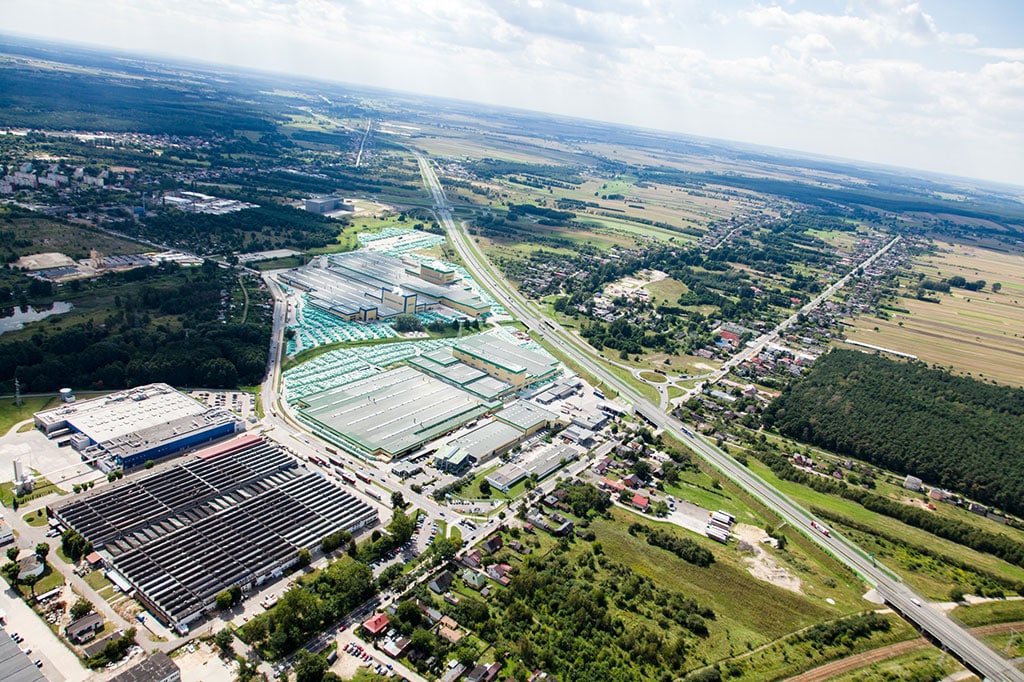 Modern technologies as the showcase of the zones

It has been 22 years since special economic zones were put into life in Poland. They were to fuel a heavily battered economy and reduce double-digit unemployment. The idea was simple. Poland was divided into 17 zones, of which 14 still operate. Either of them consisted of areas designated for investments with tax relief. This was an incentive mainly for major investors. Neither minor nor medium entrepreneurs could afford to buy-out lands and invest several-dozen million zlotys, which would have entitled them to income tax exemption.

“The beginnings were not simple times – says Dorota Lombardi, director of the Department of Acquisition and Supporting Investors in the ŁSEZ. The Łódź Zone was one of the smaller, as far as an area is concerned. The region suffered greatly from the collapse of the leading industry – textiles. The task we were given with was challenging – to re-build the local economy and find investors who could fill this gap after the demise of this very industry”, she adds.

The number of investments increased from year to year, not only in the Łódź Zone. The ones that created a lot of jobs rejoiced the public opinion the most. At the beginning of the 20th century, the unemployment rate in Poland was at a very high level, reaching even 20 percent, which means that every fifth Pole did not have a job. The issue of whether the business entering into the zone is innovative and would establish new technologies – was second-rate. Today it is different. The labour market is also the employee’s market. Unemployment reaches around 5% and is the lowest ever since the systemic transformation. Poland is becoming a place which wants to attract modern business — focused on investing in research and development of new products and new technologies. In training highly-qualified staff. There are more and more such in Poland. A month ago, information that Nippon Seiki would build its plant near Łódź came out. A global manufacturer of HUDs (Head-Up Display), which present relevant information before the driver’s eyes, intends to invest over PLN 80 million in the plant near Łódź. The manufacturing is, however, not everything. The plant will work on innovations. Who knows, maybe in a few years the world will be home to the innovations created in this plant.

tweet
share on Facebookshare on Twittershare on Pinterestshare on LinkedInshare on Redditshare on VKontakteshare on Email
Alexandra DimitropoulouSeptember 26, 2019