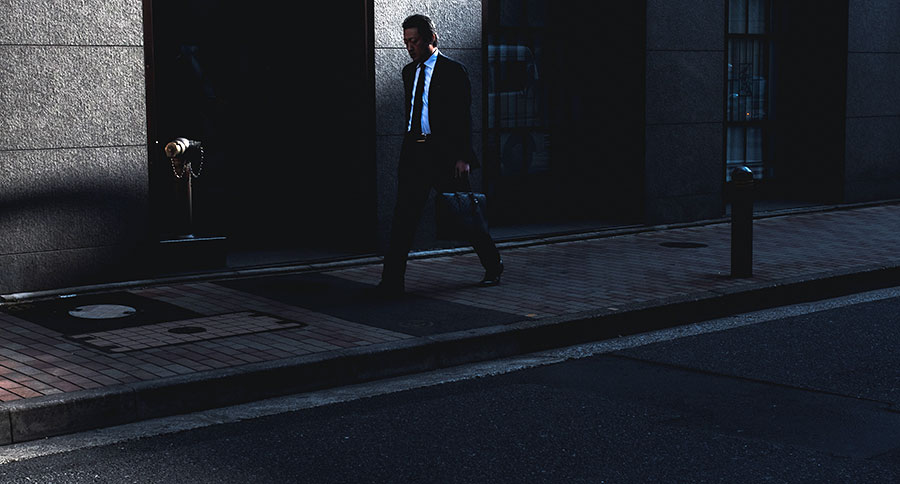 Leading is not something that comes naturally to most people. Imitation of those that influence us is how a vast majority of individuals develop leadership skills. On the surface, one of the first lessons learned may be to follow orders; so, one may assume that all you need to perform as a good leader is to tell people what to do and whatever task was given will be completed with accuracy. This style of leading is not wrong, however, telling people what to do must be followed up with proper action.

My first questions when I meet a new manager are: Are you a boss, or are you a leader? Do you think they are one in the same? My experience and philosophies tell me they are not one in the same and my goal in consulting and in this article is not to dive into the depths of their differences, but to discuss a common issue that managers seem to create within their organizations. They demonstrate a, “Do as I say, not as I do,” management style; this is the wrong way to lead.

The biggest difference between individuals who consider themselves a boss and ones who consider themselves a leader is that a leader sets examples through action. A boss will use phrases such as, “Because I said so,” or, “Just do what I say,” or, “I am the boss.” However, actions speak louder than words when it comes to earning respect and creating an environment where leaders are held in high esteem.

The biggest issue with a boss who thinks they deserve respect due to their title is that they still have significant influence. Unfortunately, many individuals have the belief that because someone owns or is the manager of a company (the boss), that they have the right to lead with the, “Do as I say, not as I do,” mentality. The flaw with this mentality is the misuse of their influence which creates future bosses who believe this is how leaders are meant to act.

Being a “boss” (in terms of the definition I have laid out here) not only leads to the creation of future “bosses,” but it also produces a high employee turnover. Any company whose owner or manager has the mentality that, “The boss is always right,” or that it is okay to lead with, “Do as I say” undeniably has an organization with high employee turnover and organizational issues.

Standards matter in every organization. When a boss creates standards that are only for their subordinates—and does not follow the standards themselves—those standards have no credibility; by lacking credibility in standards, the boss lacks credibility. There are always exceptions to the rule as there will always be some organizations that can lead with this kind of management style and still survive; however, don’t focus on the exceptions, focus on the rules. Organizations that are led by “bosses” with eventually fail and that failure can be measured on several scales.

High turnover doesn’t apply to just the employees; high turnover applies to customers as well. Bosses who have a, “Do as I say”, attitude usually don’t accept criticism—no matter how constructive—from others easily. They can’t grow individually, and they limit their area of growth for influence (that they can have over others in their individualistic way). Individuals with this mentality, who are not the owner of the organization, typically bounce around from job to job and the only loyalty they receive is from those who buy into the, “I’m the boss,” mentality.  These managers usually leave a path of organizational destruction and don’t realize that they are the destroyer.

Leaders, on the other hand, are individuals who manage by example. They develop policies and standards that they follow along with their subordinates. When confronted with a moment where they are challenged to do as they say, they strive to be accountable. Leaders engage and listen to their subordinates to improve the influence they all have together as a team and as individuals. These managers usually have organizations where problems are not detrimental but are learning opportunities and lead to positive change and growth for everyone involved.

Leaders have a sense to diminish the boss-like attitudes and mentalities. Leaders help develop other leaders by setting examples through action. They identify action properly and allow the team to lead when acceptable. Leaders delegate not only physical action but also creative chances for decision making, creating an environment of ownership and accountability that is trusted by everyone in their influence.

If you find that you are a boss who leads with a, “Do as I say” mentality, self-reflection and looking at your organization to identify where your actions have created high turnover with staff, customers, and vendors is vital.  Look at the areas in your influence and if there is continuous turmoil or conflict, ask yourself honestly what you do to contribute to the chaos. Once you have solidly identified some specific examples of the failures being caused by tumultuous behavior, address them in a pragmatic way. Offer a solution to the problems and attempt to make the issues better. Take accountability for your actions and own the issues as the leader; ask your team to work with you to resolve them by considering their input.

In the end, leadership is about developing a path to success through positive influence. A “boss” won’t be able to do this because they exercise control and authority by directing through inaction, while leaders contribute to positive action and development through example, engagement, and empowerment of the entire team.

Individual Advantages: Find the “I” in Team is available in Trade Paperback and eBook at bookstores nationwide and online retailers such as Amazon and Barnes & Noble.

tweet
share on Facebookshare on Twittershare on Pinterestshare on LinkedInshare on Redditshare on VKontakteshare on Email
Brian Smith, PhDFebruary 27, 2019

Brian Smith, PhD, is founder and senior managing partner of IA Business Advisors, a management consulting firm that has worked with more than 18,000 CEOs, entrepreneurs, managers, and employees worldwide. Together with his daughter, Mary Griffin, he has authored his latest book, Individual Influence: Find the “I” in Team (July 19, 2022), which shares how to become our best self with everyone we influence.

Brian Smith, PhD is an opinion columnist for the CEOWORLD magazine. You can follow him on LinkedIn. For more information, visit the author’s website.
view all posts