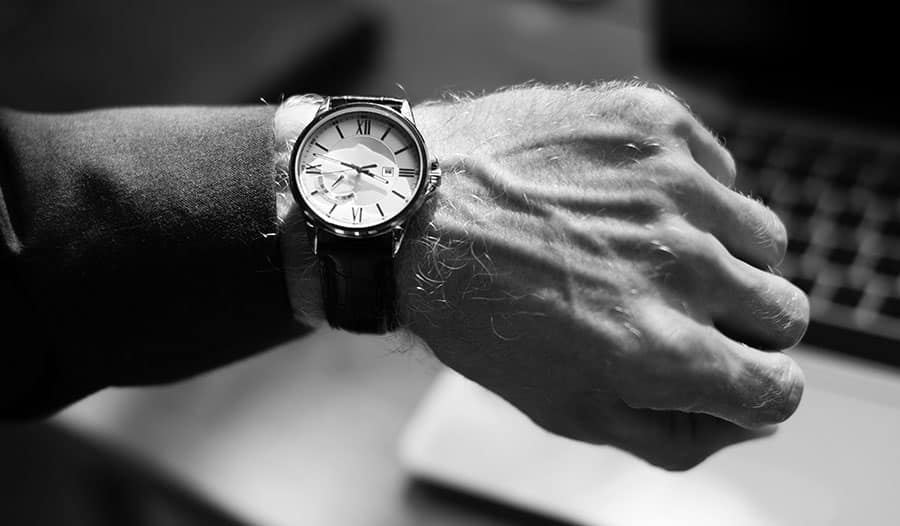 The prospect of an economic downturn can strike fear into even the largest company. The immediate natural reaction to bad economic data is to protect yourself. Cutting staff costs, closing stores, and squeezing your suppliers.

The problem with this is that it can lead to a siege mentality, which can be hard to shake off long term. Rather than jumping to slash costs and ride out the storm, it can pay dividends to think smart, innovate and even expand during a downturn.

Fear is contagious and bad economic news can lead to jitters right across an industry. Companies can start to contract even before they’ve seen any loss of orders or fall in sales. Before you even think about cutting costs, lift your vision. You need to be on the lookout for opportunities and be ready for when the bad times end. As other companies start to withdraw, cut marketing budgets and frontline staff, new unmet customer demands will start to emerge.

Big innovations can reap big rewards in times like these. Ford Motor Co., for example, used the 2008 economic crash to begin work on their first electric vehicle platform. Starbucks took a big hit during the same period but used the time to refocus on customers and get them involved in reshaping the company. They launched “My Starbucks Idea” in March 2008 and more than 93,000 ideas were shared by around 1.3 million users on social media, with Starbucks’ page views per month rising to 5.5m. This lead to the first Starbucks app and the rest is history.

The takeaway is that difficult financial times can be an opportunity to reflect on the status of your business, and think about new ways to meet the needs of customers – potentially in a less cost-intensive ways, and at a time when your rivals are retreating from the market. If you’re thinking about cutting the innovation budget, step back and think again. That is why Professor Richard Florida has termed recessions “great resets” in the past – they give companies the time to take stock, assess their strategy and find new, and potentially better ways, of doing business.

When market conditions tighten, the last thing on many companies’ minds is their acquisition strategy. But the old adage attributed to Baron Rothschild does ring true: “The time to buy is when there’s blood in the streets.” A downturn is the perfect time for a mid-size or even larger company to expand – you just need the courage to think past the current market conditions.

A downturn is obviously precipitated by a huge decline in the market values of companies. The last financial crisis in 2008, led to a tremendous collapse in level of some of the world’s largest companies.

The NASDAQ Composite Index plummeted by around 40 per cent, and took nearly four years to fully recover. Of course downturns and crashes are signs that companies are overvalued, but often the bad economic conditions bring down the prices of companies that would otherwise be performing much better. They’re underperforming. This is a tremendous opportunity for CEOs and executives to buy bargains in the market.

Mainly of the greatest entrepreneurs around the world have pursued this type of strategy, buying up assets that look undervalued in the bad times, turning them around through investment, and waiting for them to recover their value – and more. For example, this is what Philip Day has done in the retail sector in the UK; it is what Dilip Shanghvi has done in the global pharmaceutical sector; and, in a corporate setting, it is what Safra Catz has done in technology at Oracle.

In-depth knowledge of your target audience and clever cost cutting can catapult you to the front of the pack.

Take low-cost airlines, for example. Many carriers including Ryanair in Europe actually welcomed the 2008 recession and saw it as a great opportunity to leapfrog their competition. CEO of Ryanair, Michael O’Leary said at the time: “The general economic environment remains extremely difficult, as the recession saps consumer confidence, but this is proving to be good for Ryanair’s traffic growth. The longer and deeper this recession, the better it will be for the lowest cost producers in every sector.”

This wasn’t only existing companies either. Savvy entrepreneurs saw the downturn as an opportunity to launch new businesses in the sector targeted at cost-conscious consumers. For example, Icelandic investor and entrepreneur Skúli Mogensen founded WOW Air, which is one of the largest transatlantic low-cost carriers with more than 1,000 employees.

And it’s not just low-cost sectors that can capitalise on a downturn. If it hadn’t been for Steven Jobs, Apple, one of the world’s most successful companies, would have disappeared when the dot com bubble burst in 2001. But Jobs used this turbulent time to invent a new product: the iPod. Launched on October 23, 2001, the iPod was an instant hit and paved the way for the iPhone and iPad, and helped Apple leapfrog every other competitor in the sector.

Smart companies spend more on marketing in a recession than they do when times are good. During the recession of the 2000s, Stephen Quinn, Walmart U.S. chief marketing officer, said that the downturn was “actually causing us to be longer-term focused, and to think about things like loyalty and lifetime value of the customer and how do we use this opportunity to keep these folks with us for the long haul.”

Domino’s Pizzas is another example of a company that focused all its efforts on marketing to weather a recession. Rather than just sitting back and hoping to survive the economic crash, Domino’s went all-out to grab new customers. They upped their online marketing and invested in big TV sponsorship deals. Founder and CEO of Domino’s said at the time: “We continue to succeed, even in the current harsh economic conditions, because of our unrelenting focus on the quality of our pizzas, intense devotion to service and by marketing to our customers when and where they want to order.”

Whenever the next economic downturn happens, embrace the opportunities it will present for your company. Be ready to take bold action and calculated risks. If you seize the moment and turn it to your advantage, you’ll emerge stronger and fitter for the future.