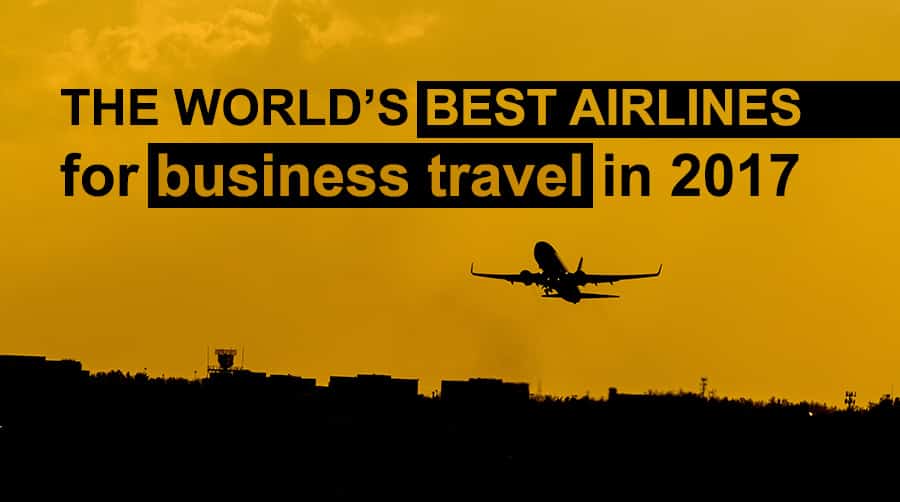 And the world’s new No.1 airline for business travel in 2017 is … Singapore Airlines.

It’s no surprise that Singapore Airlines has been named the world’s best airline for business travel by the CEOWORLD magazine. The Doha-based airline Qatar Airways was named the second best airline for 2017, while Lufthansa and Emirates took our third and fourth places respectively.

The CEOWORLD magazine rankings are based on the impressions of 137,000 business travellers from 63 different countries. The survey, which covered more than 200 airlines, measured 10 major indicators of quality and influence:

To establish our list, we collected information and statistics from publicly available sources, Airline’s website, our research, and survey. It measures the quality and influence of airlines, without relying on company data submissions. Business travellers were asked to rate airlines on a scale of 1 “marginal” to 100 “outstanding” or “don’t know.”

The overall score are numerical scores given to the airline based on business travellers feedback. Overall scores are out of 100.

Australia’s Qantas Airways took the No. 11 spot in 2017, followed by the Swiss International Air Lines (No.12) and Air France (No.13). Meanwhile, Thai Airways ranked No. 14 in the CEOWORLD magazine’s ranking of the world’s best airlines for business travel in 2017.

The World’s Best Airlines For Business Travel In 2017

However, this is by no means a comprehensive list, while the airlines above are the “CEOWORLD magazine’s Best Airlines For Business Travel In 2017,” there may be many other airlines that offer excellent quality of service to it’s passengers.

This rankings should not be viewed as the most important aspect when choosing an airline, and are simply one element to consider.

The margin of sampling error for the full sample of 137,000 business travellers is plus or minus 1.2 percentage points. In addition to sampling error, one should bear in mind that as in all survey research, there are possible sources of error—such as coverage, nonresponse and measurement error——that could affect the results.

tweet
share on Facebookshare on Twittershare on Pinterestshare on LinkedInshare on Redditshare on VKontakteshare on Email
Aimee Lee WebberNovember 3, 2017