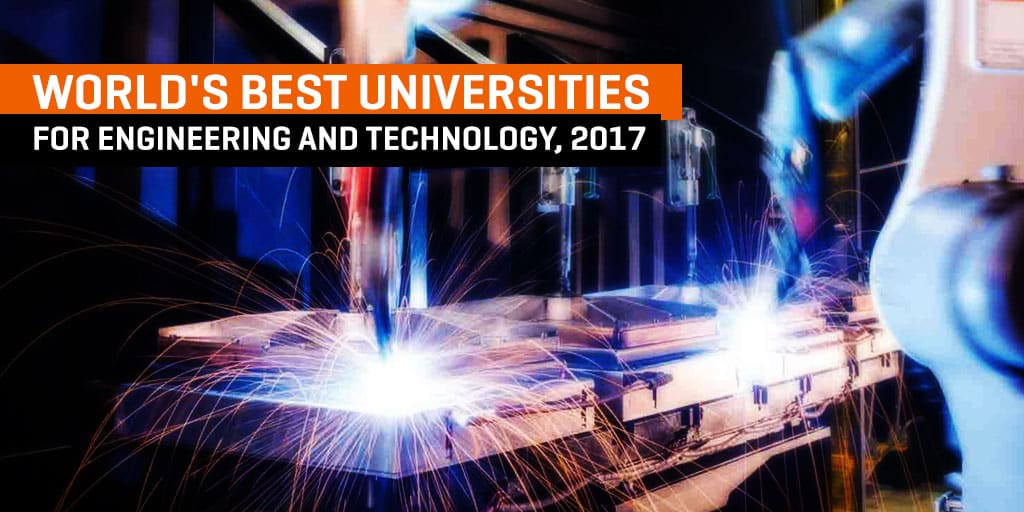 Discover the world’s best universities for engineering and technology studies

= > For more recent rankings, read our article about the World’s Best Colleges And Universities For Engineering And Technology, 2018.

Methodology: The world’s best universities for engineering and technology, 2017 ranking by the CEOWORLD magazine is based on six major indicators of quality, overall Score (100%) is the sum of:

Data for these indicators was collected from publicly available sources, research, survey, and university’s website. It measures the quality of education, job placements of students, and the recruiters feedback, without relying on university data submissions. Students, industry professionals, and recruiters were asked to rate institutions on a scale of 1 “marginal” to 100 “outstanding” or “don’t know.”

However, this is by no means a comprehensive list, while the institutions above are the CEOWORLD magazine’s list of the best engineering and technology universities in the world, 2017, there may be many other colleges that offer excellent programs.

* This rankings should not be viewed as the most important aspect when choosing a university, and are simply one element to consider.
* The top-ranked university receives 100 points.
* Universities within the same rank range are listed alphabetically.
* The rankings are the result of a rigorous analytical exercise, incorporating multiple data sources, without relying on university data submissions.
* Detailed survey data and information collected directly from 188,000 individuals, across 6 data points.
* Surveys completed by 96,500 students, 69,800 industry professionals, and 21,700 recruiters around the world.
* Magazine surveyed 188,000 people in 46 countries between September 5, 2016 and December 23, 2016.
*The overall score are numerical scores given to the universities based on students, industry professionals, and recruiter feedback — measuring the quality of the university. Overall scores are out of 100.

For more details on the “World’s Best Universities For Engineering And Technology, 2017” please email us at info@ceoworld.biz

tweet
share on Facebookshare on Twittershare on Pinterestshare on LinkedInshare on Redditshare on VKontakteshare on Email
Aimee Lee WebberJanuary 26, 2017