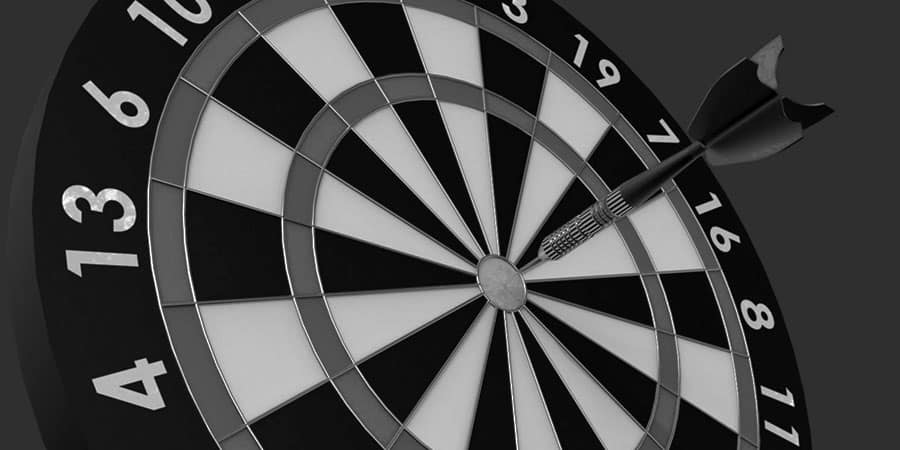 Experts have bemoaned the low success rates of new products for years. One highly respected researcher, Dr. Robert Cooper, puts the success rate at one-in-four, when measured from the beginning of the development stage.

What’s the cause for such a low success rate?

Since the early 1970’s, research has shown the main problem isn’t with scientists and engineers failing to come up with the right answers. Rather, they are working on the wrong questions.

For more than four decades, research and experience have pointed to this simple truth: Suppliers lack proper insight into customers’ needs. In other words, what if your R&D was guessing at customer needs – and guessing badly?

The new study by The AIM Institute shows this is exactly the case for most B2B companies.

New research revealed just how poor customer insight actually is for B2B suppliers. They took an interesting approach to the research – in-depth interviews were conducted to understand customers’ real needs and compared to what new-product teams had thought those needs were before the interviews.

A total of 675 interviews were represented in the study, conducted by 35 project teams from 14 different companies. The project teams in the study were not from “slacker” companies: Over two-thirds of these project teams were from Fortune 500 companies (or similar size, if headquartered outside the US). Also, over half of the businesses studied already had a “leading” or “strong” position in the markets they were interviewing, so one would have expected reasonably good pre-existing customer insight. 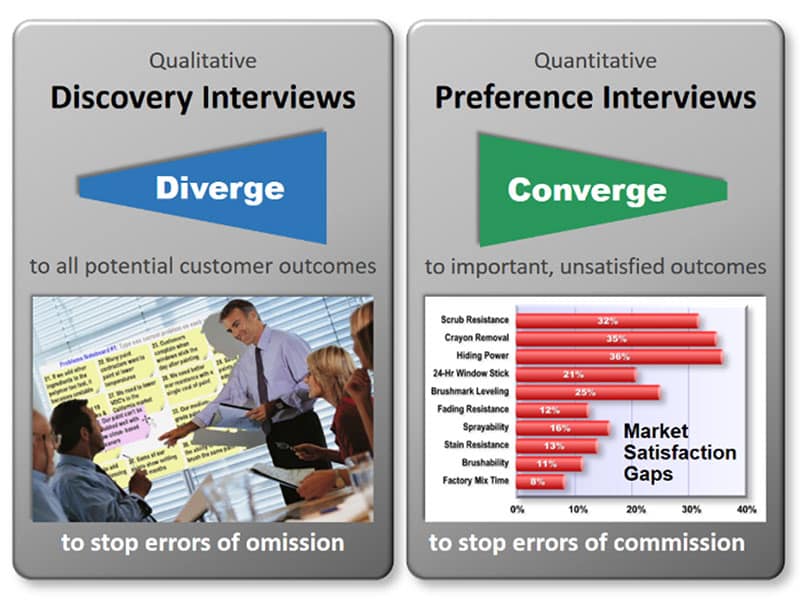 The in-depth interviews were conducted in two phases: First, qualitative, divergent Discovery interviews uncovered a full range of customers’ outcomes (desired end-results). Then quantitative Preference interviews converged on just those important, unsatisfied needs that customers wanted “fixed.” The first round of interviews minimized errors of omission, and the second minimized errors of commission. (An outcome with a “Market Satisfaction Gap” in excess of 30% gave unbiased, unfiltered evidence that the market was eager to see it improved.)

The results were unexpected because we’ve worked with clients as they implemented New Product Blueprinting methods and we’ve heard a recurring theme that suppliers were surprised by customers’ real needs. But to learn that 86% of teams had to change their design this significantly? We didn’t see that coming. 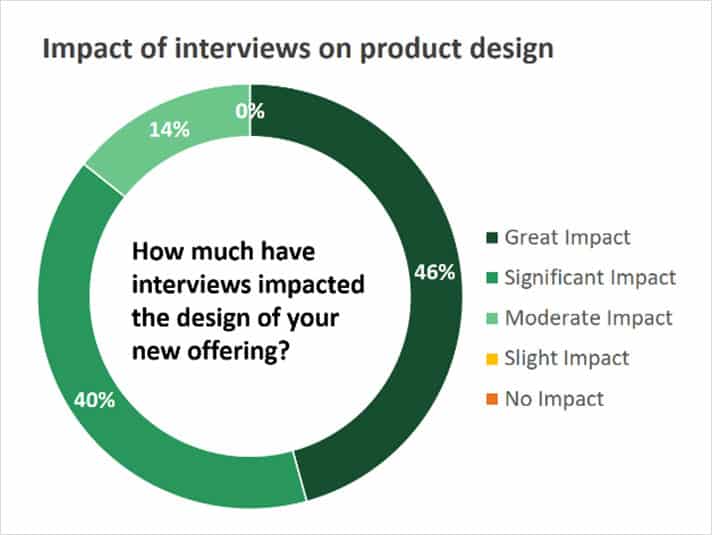 The study also revealed some other surprises:

The key is ensuring your R&D works only on that which customers care about while your competitors’ R&D keeps guessing. In 20 or 30 years, most B2B suppliers will be fully tapping the incredible knowledge of their customers. But this is still rare today. B2B-optimized customer insight is an enormous source of competitive advantage for those pursuing it now.

So perhaps the bad news of poor customer insight could become good news for your company.

Bravery vs Bravado – what type of leader are you?
Why great leadership isn’t a popularity contest
Here Are 9 Simple Ways To Make Your Customers Happy
Advancing Strategic Decision-Making with Expert-Sourcing and Big Knowledge

Written by Dan Adams, Founder and President of The AIM Institute.

I’m founder and president of The AIM Institute (Advanced Innovation & Marketing for B2B) and author of New Product Blueprinting: The Handbook for B2B Organic Growth. AIM conducts training workshops for some of the world’s largest firms on five continents. We focus on one thing—providing B2B suppliers with tools and skills to improve their new product development, particularly in the “fuzzy front end.” This specialization has allowed us to develop and refine new methods not taught anywhere else.
view all posts