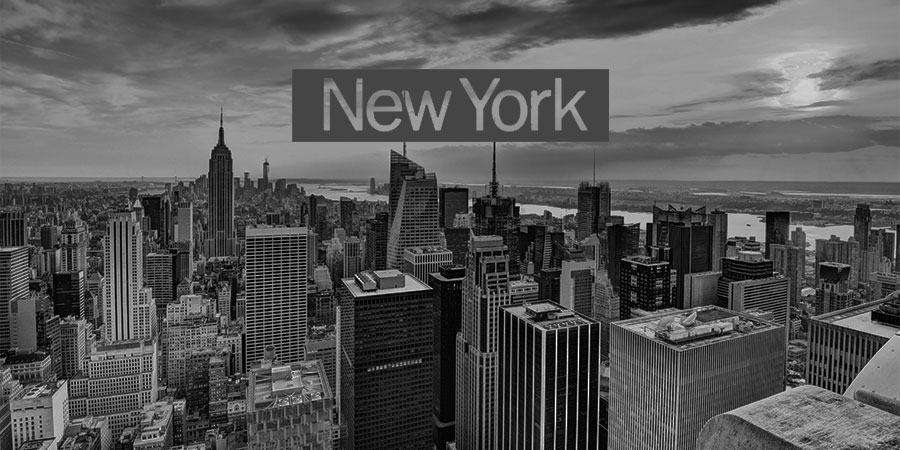 Place Branding attracts not only tourism but also invite people to bring in their money for investments and offer new opportunities for economic development. Place marketing with its increased FDIs leads to international positioning of a place in terms of regional and urban development.

Here is the list of top place brands that have established themselves very well on a global platform.

Who doesn’t know about the city which has benefitted the most out of place branding? This, densely populated city today was once recession struck years ago. In 1970, the state of New York decided to promote tourism to fight recession and asked add agencies and graphic artists to start a campaign on “I Love New York”.

The idea came out as a huge success and till date continues to promote New York with “I Love New York” as an official state slogan. The branding of New York offered tourists to enjoy culture, entertainment, litany attractions and commerce. Today, Wall Street has become the world’s leading financial centre. The extent of branding is so intense that “I Love New York” has become a state logo and a state song for the city. The branding of the city has a great emotional history attached to it.

The water campaign under I Love NY Water has proved successful to encourage people to visit water attractions and resorts around the city and has become a renowned tap water brand which helps control pollution by using disposable bottles as refillable water bottle. To what extent place branding influences our heart and soul is epitomized by the brand “I love New York”.

“The City of Lights” got this brand tag from the architectural masterpieces, The Eiffel Tower and The Louvre that constantly illuminate at night. The city is also famous as the world’s romantic city as it has a long history of art and culture preserved in its heritage.

The capital of France not only acts as a tourist magnet, its monumental architecture, finest work of art has made it to emerge as a centre for education. Paris holds family owned business of luxury items like perfumes, furs, jewellery and clothing. The regional economy of the city includes services in finance, IT and high-tech manufacturing of electronics, optics, aeronautics, automobile and eco-industries. Although, Paris in 2015 was ranked as the second most expensive city in the world, it holds high business prospects in tourism and refurbished fashion which is acknowledged worldwide every year. The ‘City of Lights’ as it is known as, welcomes all the trade and business that would help recognizes the city’s brand forever.

Singapore is the world’s only island city-state which is also known as “The Garden City” and the “Lion City”. Singapore is the most attractive tourist destination of the Southeast Asia and a major contributor towards its economy. Other sectors in which the city excel in the world are electronics, petroleum refining, chemical and biomedical sciences and makes it the 3rd largest foreign exchange and financial centre, 3rd largest oil-refining and trading place, a centre of world’s top logistics and a large shipyard for ship repair services. Singapore has also been named as the “Tech-Ready Nation” by The World Economic Forum. Being an important transport hub in Asia, the transportation within the city for the residents as well as tourists is well developed and at the same time managed to curb pollution. The city is an educational hub and has considerably low unemployment rate which continues to cater the economical growth.

Liverpool, a metropolitan city in England today is much more famous and commonly known for its Football club and the legendary rock music group, The Beatles of 1960s. The dedication of the city towards art and music is such that a museum called The Beatles Story was opened by the government in the city purely showcasing the band’s photo gallery and their journey as a band together. The city of Liverpool that has become a brand in itself also preserves its architecture attracting more tourists than football lovers in the world and has also made Liverpool second most loved filmed city in the UK. Wide private service sector industries have set up in the city that has let to investments from financial service world class banks like Barclays, Royal Bank of Scotland, JP Morgan, etc. As a result, the city has largest growing banking and insurance sectors with approximate 5% increase in employment convenience. Since the city is budding in economy, the port and airport are being redeveloped to facilitate trade and connect with the world.

The Swedish capital constitutes 17 islands and is also known as the Venice of North. The city along with its country has evolved from an agricultural economy into Sweden’s financial and industrial centre. With all the head quarters of Swedish banks and insurance companies hosted by Stockholm, it is also emerging as a stock-exchange home of Sweden. The resource base of city’s economy is aided by foreign trade of iron and steel of international standards which is further supported by motor vehicle industries, telecommunications, pharmaceuticals, chemical goods, forestry and mining. It is very much evident by companies like IBM, Electrolux, Ericsson, Volvo, Sony mobile communication, etc. that Swedish economy is overwhelming by providing increased number of jobs in high technology and IT sector. Higher education and research in Stockholm is highly prevailing with elite institutes like Stockholm Observatory and Royal Institute of Technology leading in medical sciences. The city is home to educational institutes for art with Royal University College of Fine Arts and Royal College of Music that have historical association. It is indeed remarkable to know that there is no heavy industry and power plants in Stockholm which makes it the cleanest metropolis in the world. Tourism for almost a decade has also played important part in improving city’s economy and thus is ranked as the tenth largest tourist preferred place in Europe.

Branding a place to enhance an economy and promote tourism is not just restricted to economic growth and development; it has its roots deeply engraved to make the place stand out and bring out the unique culture of the place that the brand has brought forth.

Book extract: Saving Investa: How an ex-factory worker helped save one of Australia’s iconic companies by Scott MacDonald
How can you create the perfect social media profile in the workplace?
5 Ways to Motivate and Retain Your High-Performance Sales Team
World’s 25 Best Universities For Business And Economics In 2016